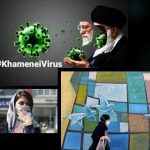 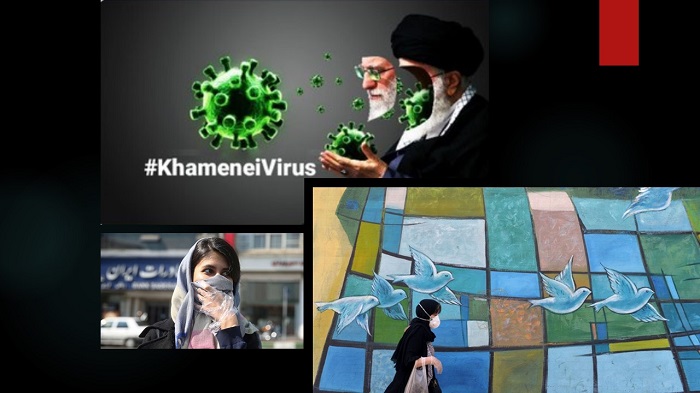 Iranian people call coronavirus as Khamenei virus due to his responsibility for breaking out the disease.

Today’s announcement from the People’s Mojahedin Organization of Iran (PMOI / MEK Iran) stated that Iran’s coronavirus death toll had hit at least 9,600 throughout the nation. Some of the figures have been released for the towns below.

Hospitals in Qazvin are overloaded with patients, so the International Exhibition Center now houses Coronavirus patients. The numbers falling victim to the virus are increasing on a daily basis in:

There is a lot of concern about the seriousness of the situation, so 10 former Health Insurance Organization directors collectively wrote a letter to Hassan Rouhani stating that instant action is required as the country is likely to encounter serious public health problems ahead by the end of April.

In the meantime, Rouhani’s previous Health Minister, Hassan Ghazizadeh Hashemi, said today that since the middle of last December he had brought up the matter of the coronavirus outbreak with Iran’s senior officials, including the president but so far efforts to contain the problem have basically been ineffective.

Today, Ali Khamenei in his 40-minute speech said little which was of any use to address the state of the virus, but he did explain why he had turned down assistance offered by the United States to combat its effects. He emphasized that the U.S. had enough on its plate dealing with coronavirus and he also alleged that the U.S. was responsible for producing the virus in the first place. He said he did not trust the U.S. at all and pointed out that any drugs they may send are likely to lead to a further spread of the disease. Khamenei seriously believes that the coronavirus was deliberately produced to affect the Iranian people.

It has been reliably reported that many #prisoners at the Parsilon #Prison in Khorramabad have managed to escape with the help of outside help. https://t.co/JAqAxpMAQU#MEK #Iran @USAdarFarsi #coronavirus pic.twitter.com/9Vfc0TIqBe

As the President-elect of the National Council of Resistance of Iran (NCRI), Mrs. Maryam Rajavi said Khamenei was cruel towards the coronavirus victims and he was far more worried about the prospects of a popular uprising. He had shown no willingness to provide support for the people. She emphasized that his condemnation of the U.S. and his accusation that the country had deliberately targeted Iran as a victim for coronavirus was just a way of concealing his incompetence in handling the devastating outbreak of COVID-19. She said this would do the regime no good in the long run, as sooner rather than later the people will rise up and overthrow this despotic regime.