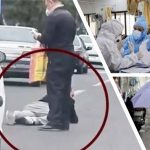 MEK Iran: Mullahs are Trying to Hide the Coronavirus Under Their Cloaks 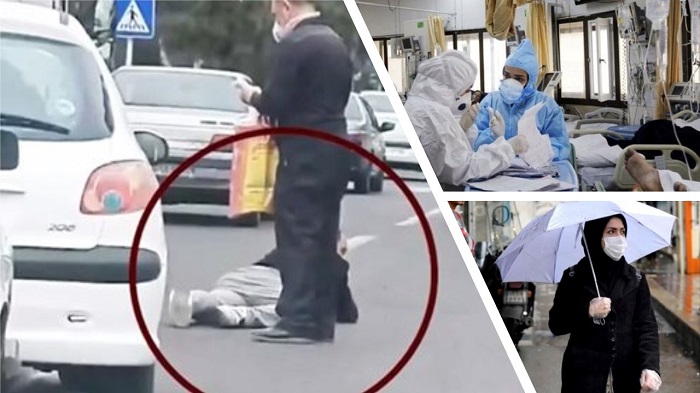 Like many other countries at the moment, Americans are preoccupied with the spread of COVID-19, the novel coronavirus. They also have to deal with the November Presidential elections.

Whatever the outcome of the elections Iran, and the policies of the mullahs, will be at the forefront of U.S. foreign policy. Events over the last few months have shown that the current regime of the mullahs has shown total incompetency in dealing with the crisis that Iran has had to deal with.

There may already have been as many as 6,400 deaths of Iranians in 186 cities, caused by COVID-19, a total that has been exacerbated by the inability of the regime to deal with the disease in an efficient and humane way.

Sham elections showed that Iranians voted overwhelmingly against the regime

The U.S. government and its people will have noted that ordinary Iranians rejected the regime in February’s recent parliamentary elections by staying away from the polls. Only 14% of people nationwide bothered to vote, and a historically low 17% in the nation’s capital, Tehran. This rejection will help to shape future U.S. policy towards Iran.

Even these figures may not be the true picture as the current regime has a despicable record of vote-rigging. Results are often artificially skewed in the regime’s favor.

Over 60% of candidates for the elections, representing some of the existing rival factions within the regime were disqualified from standing. The Iranian Supreme Leader, Ali Khamenei, has become a shadow of his former self. His weakened status requires him to attempt to shore up his tottering support by preventing any form of opposition. Much of the regime’s failure has arisen from its incapacity to deal with the spread of the coronavirus.

The Iranian regime under threat

The Iranian regime has been under attack in the last few months, and not just from a virus. Huge nationwide protests in November and again in January took place in many places against the regime, calling for the overthrow of Khamenei and his regime. Many brave protesters were arrested and tortured. More than 1,500 citizens were killed.

A U.S. drone strike killed top Iranian regime terrorists, Qassem Soleimani, in Iraq. Just after, the regime was responsible for shooting down a Ukrainian passenger jet, ‘by mistake’ killing all 176 innocent people on board.

Iranian resistance units and defiant youths took to the streets and reiterated the Iranian people’s desire to overthrow the tyrannical regime of the mullahs.#Iranhttps://t.co/zKcdO7Hkvx

It was during the sham elections that followed that the regime attempted to downplay the seriousness of the virus threat to attempt to ensure that as many people as possible turned up to vote. Suffice it to say, this didn’t work.

Iranians wish for democracy and freedom on their own terms

The U.S. government and public may be unhappy about the idea of intervening in yet another country’s internal conflict. The very idea of ‘regime change’ may be anathema to many Americans, but they should be assured that Iranians want to achieve change on their own terms, without American cash or troops.

Iranians already have an effective opposition that operates from exile, the Mujahedin-e-Khalq (MEK Iran), which works together with Iran’s alternative parliament, the National Council of Resistance of Iran (NCRI).

The resistance movement spearheaded by the MEK Iran and NCRI has been at the head of many of the internal protests and has become an important global ally, helping to identify Iranian nuclear facilities and preventing any foreign deaths from attacks by the regime.

Moral and political support is what counts

The Iranian resistance movement does not need anyone to occupy the country or attack it with arms. It needs moral and political support. The U.S. and other countries should continue to denounce the Iranian regime for its actions and keep up the economic sanctions which are having a debilitating effect on the regime.

The Iranian regime is attempting to contain a rising mass movement within its country and at the same time try and hide their incompetence in dealing with the virus scourge by hiding its devastating effects under the mullahs’ cloaks.

"The Cholera & the Cloak" best describes the predicament of the Iranian people amid #COVID19, due to mullahs’ cover-up, deception & incompetence. Iraj Mirza, a renowned poet in post-constitutional movement #Iran wrote the lyrics. It's performed by Shahryar Rumi @NCRIUS pic.twitter.com/8Od1ByO0NX

The Iranian people will do the hard yards of making sure of regime change. They yearn for freedom and democracy, which is now on the horizon.