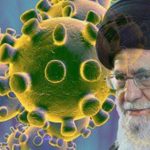 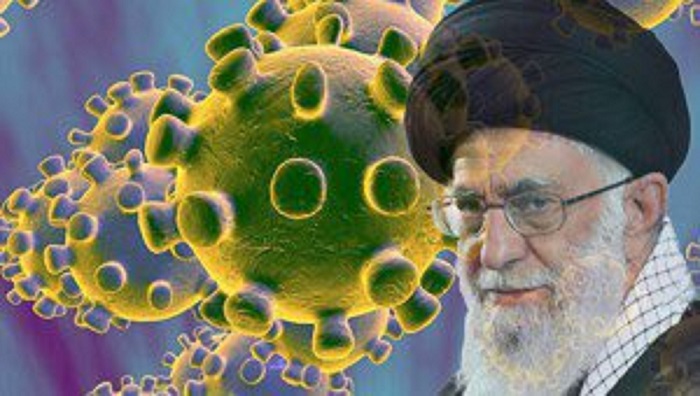 The Coronavirus continues to spread across Iran with the death toll getting higher and higher every day. Since the start of the outbreak, the Iranian regime has failed to take the necessary precautions to ensure the safety of the people of Iran. Medical professionals have been left without the means to safely care for the sick.

Hospital morgues across the country are full. Horrifying reports indicate that some of the bodies of the deceased are being stored in refrigerated units destined for food items. Bodies are being buried in makeshift graves. The situation is a disaster.

Furthermore, the people of Iran are due to celebrate the annual Fire Festival in which they traditionally say goodbye to the old and welcome the new. The regime is worried that this is going to lead to gatherings and that the people of Iran will use the occasion to renew their calls for regime change. This is why the regime is concentrating its efforts on a further crackdown rather than tackling the major health crisis that threatens the lives of millions across the country.

Due to the lack of proper reaction by the #Iranian regime #coronavirus kills more #people in #Iran. https://t.co/tUEeKF9773#MEK @USAdarFarsi pic.twitter.com/qiesEIvMhZ

And indeed, reports point to an imminent nationwide rebellion

The Iranian regime’s Asra think tank has carried out an analysis of the domestic situation. The detailed report shows that a series of crises over the past four years, and including the current Coronavirus outbreak, is culminating into a crisis that the regime will not be able to cope with.

The report picked up the profound levels of distrust by the people towards the country’s leadership and that “dangerous rebellions” are very possible. Because of the distrust, the report acknowledges that people are using social media and foreign news outlets to be accurately informed.

The regime is also conscious that the persistent infighting between factions is leading to political instability and that in the past few days there have been several rebellions.

The report ends with the conclusion that there is a possibility of a nationwide uprising and that the regime’s hoarding of medication and medical supplies is causing people to loot shops and pharmacies. The report concludes that the spark for an uprising could be the particular circumstances surrounding the mismanagement of the health crisis.

To deal with the threat, the report recommends that the level of security across the country is raised to oppress the people even further.

Fire festival: a crimson and blazing Feast of Fire for the people of #Iran who are grieving in pain, and who are furious and rebellious. https://t.co/CVEHAXMu11#MEK @USAdarFarsi #FreeIran pic.twitter.com/YZHJoJgm2H

However, further oppression may backfire on the regime. The people are so furious with the way they have been treated over the past few years that they will not forgive the regime. And there is nothing the regime can do to appease the people because it is completely incapable of change.

The people are willing to risk arrest, imprisonment, and execution to voice their opposition to the regime and this has never been more evident than during the most recent uprising. The more the regime tries to oppress the people, the more they resist and reinforce their determination.

The end could be very close to the mullahs.