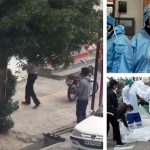 Written by Jennifer Jones-Kelley on March 18, 2020. Posted in NEWS 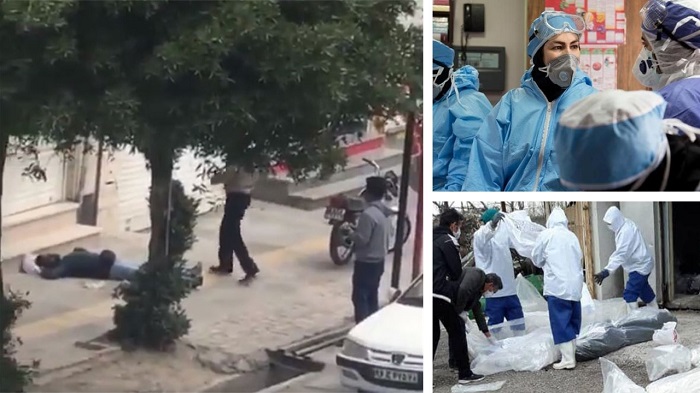 Due to the lack of proper reaction by the Iranian regime coronavirus kills more people in Iran.

International health authorities and the Iranian people are expressing increasing skepticism about the Iranian regime’s official reporting of the coronavirus epidemic facing the country and its failure to take necessary measures to contain the spread of the deadly virus.

MEK Iran Sources in Tehran report that up to 30,000 people per day have been seen going into the city’s hospitals, many of whom are infected with COVID-19. Because of poor hygiene practices, along with a lack of beds, medical supplies, staff, and testing kits, many of these patients die. Doctors are forced to attribute their deaths to influenza, heart attack, or stroke, according to multiple witnesses.

A growing number of Iranians are expressing outrage about the regime’s refusal to quarantine Qom at the beginning of the outbreak and its continuing refusal to impose quarantines.

Behrouz Nemati, a member of Majlis (parliament), questioned the logic of the regime’s failure to act and noted the deadly consequences of this inaction. “The coronavirus crisis has engulfed the entire country and thousands of people are being infected each day. Why wasn’t Qom quarantined from the very beginning? Refusing to quarantine this city and portraying the status quo as normal led to the speedy spread of this virus to other cities,” he said.

Heydar Ali Abedi, a member of the Majlis Health and Treatment Commission, added that the people have no trust in the regime and further lies only add to public mistrust. He added that the regime is incapable of imposing a necessary quarantine. “The people believe the stats provided to them are not true and there is concealment involved. Our health and medical care system has been planned in a way that unfortunately we have no social health system. It is not right to dig up scientific reasoning and claim that there is no need to quarantine, and it is a method of the past. If we can, we should take quarantine measures and it is good. The truth is, however, we are not capable of imposing quarantine measures,” he said.

In the absence of government guidance, residents in various cities have formed their own “local councils” to prevent travel in and out of cities.

A resident in the south-central city of Yasuj explained the reasoning behind these local councils: “When authorities refuse to prevent the entrance of visitors to the city of Yasuj, locals are forced to take matters into their own hands.”

Kayhan Daily, which is closely affiliated with regime Supreme Leader Ali Khamenei’s faction, suggested that publishers of this kind of information should be executed.

The Sharif University of Technology in Tehran published a study on the coronavirus epidemic in Iran that offered three possible outcomes to the crisis. The Associated Press recently wrote a report on the study.

The third scenario is the most troubling. “But if people fail to follow any guidance, it could collapse Iran’s already-strained medical system,” said the study’s author. “If the ‘medical facilities are not sufficient, there will be 4 million cases, and 3.5 million people will die,’ she warned.”