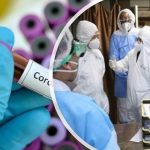 The MEK Iran announced last week that MEK Iran Resistance Unit member Negar Siyah Mansouri died due to a COVID-19 infection. Mansouri acquires the disease while providing care for others suffering from the deadly virus.

Ms. Mansouri is one of several MEK Iran Resistance Unit members who have died from COVID-19 after assisting others infected with the coronavirus in Karaj and Sorkh-e Hessar.

Despite the rising death toll, the Iranian regime waited until March 9 to declare a state of red alert in Alborz Province. The following day, the number of fatalities from the coronavirus had soared to 120.

Mrs. Maryam Rajavi, President-elect of the National Council of Resistance of Iran (NCRI) announced on Saturday, March 14 that more than 4,500 people in 175 cities across Iran have died from COVID-19.

The death toll in Qom, where the outbreak in Iran originated, has grown to more than 500 and continues to rise. Bodies of victims are being buried in mass graves or stored in morgues to hide the number of fatalities.

The regime claims that 611 people have died of the virus as of March 14, but this number has been scrutinized by public health officials and infectious disease specialists throughout the world. According to sources in Iranian hospitals, doctors are being forced to falsify death certificates and most victims are never tested.

Those who attempt to share the actual number of victims are threatened by regime officials. On March 9, Ali Mozzafari, head of the Qom’s Justice Department, warned that anyone who published coronavirus statistics that contradicted the regime’s official numbers would be prosecuted.

He stated, “Internet police are monitoring the social and print media in the Province on a daily and hourly basis,” and cited the case of a nurse who was arrested for “providing false figures on the death toll in Qom” and a cleric who was detained for sharing a widely-viewed video of bodies stored in a morgue in Qom.

Mrs. Maryam Rajavi, the President-elect of the National Council of Resistance of Iran (NCRI), made a statement about the situation in Qom on Twitter. She wrote:

“The oppressed people of Qom are now enduring a multifaceted calamity and pressure. While no government official even dares to visit the city, and clerics have escaped from Qom, dignified physicians, nurses and medical staff in the city are working under dire conditions.”

“Patients and hospitals are denied minimum provisions. And now they must tolerate the insults, innuendos, threats, and arrests by the mullahs’ regime.”

Mrs. Rajavi has asked that international human rights organizations send aid directly to the Iranian people so that the regime will not squander the aid intended for the people who are suffering.