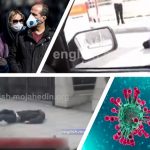 Written by Jennifer Jones-Kelley on March 11, 2020. Posted in NEWS 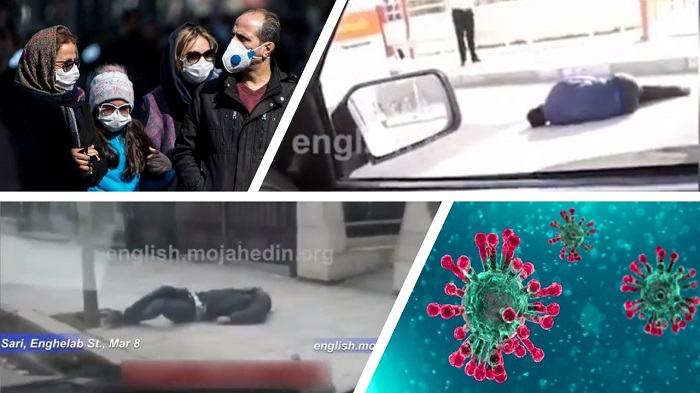 At least 3000 have been killed due to coronavirus in Iran.

The death toll from the COVID-19 outbreak in Iran has grown to more than 3,000 people spread across 139 cities in 39 provinces, according to new reports from the MEK Iran network inside Iran. Regime officials, after spending over a month covering up the virus and then downplaying its severity, are now expressing concerns about the deadly epidemic that was detected in Qom in late January but not reported until February 19th.

The oppressed people of #Qom are now enduring a multifaceted calamity and pressure. While no government official even dares to visit the city, and clerics have escaped from Qom, dignified physicians, nurses and medical staff in the city are working under dire conditions #Iran

As of March 10th, the regime had reported a total of 8,042 confirmed cases of coronavirus and 291 deaths to the World Health Organization. The official count is the highest number of cases outside of China and Italy and would be staggering on its own, but the regime’s reports are contradicted by numerous doctors, citizens, and even regime officials in Iran, all of whom say the death toll is much higher.

The current number of COVID-19 deaths by province are as follows:

A number of regime officials have made uncharacteristically critical statements over the past few days as frustration mounts over the lackluster response by President Rouhani and Supreme Leader Khamenei.

Assadollah Abbasi, a member of the regime’s Majlis (parliament) representing Gilan Province, expressed deep concern about the state of hospitals in two cities that have a large number of infected residents.

“The towns of Rudsar and Amolesh [Gilan Province] each have one hospital, and they are reporting dire conditions. Equipment and supplies are very low. They are running out of first aid and emergency supplies,” he said.

“The hospital in Amolesh has no visiting physician and both hospitals are always facing shortages in doctors, nurses and staff in general…The hospital in Rudsar where coronavirus patients are held has no oxygen generator/concentrator or CAT scan devices. This hospital is now full and cannot accept new patients. Gloves and masks are donated by ordinary people,” he added.

Bahram Parsaei, another Majlis member, worried that the province he represents could face the same problems, saying:

“If Fars Province is not quarantined, it will become the next Gilan Province.”

“Rouhani has not yet accepted that the situation is very critical … Action should have been taken in February, but they were cynical (about the severity of the outbreak) and said that talking about Coronavirus was intended to disrupt the election!”

Even a member of Tehran’s committee to combat the coronavirus spoke in dire terms about the epidemic.

“We are at the peak of the outbreak and the number of those infected is increasing by the day,” he said. “Referrals to the hospitals are very high. No beds are available in hospitals across the country. Hospitals in Kashan are full of patients and no beds are available, forcing the transfer of patients to Tehran. Those who need testing are several times more than those we have been tested. We have stopped sending more people for tests… By the first week of April or early May, we estimate that 40 percent of the population will be infected. We have no personal protective equipment in the hospital for the hospital staff.”

Rather than taking responsibility for its disastrous response to the COVID-19 outbreak, the regime and its affiliates have resorted to calling all critical reporting “fake news” and once again claiming that the MEK Iran is somehow “the enemy” for exposing the truth.

Kayhan Daily, which is affiliated with Supreme Leader Ali Khamenei’s faction, published an article expressing alarm about the MEK’s recent reports about the regime’s corruption and cover-ups.

It is believed that #coronavirus COVIS-19 has now claimed the lives of 2,600 #people across #Iran. With every day that passes, the number increases by the hundreds.
https://t.co/yHoVImQXDd#MEK @USAdarFarsi pic.twitter.com/hXP4ZyI0pG

Referring to MEK Iran members living at their headquarters in Ashraf-3 in Albania, the article wrote:

“The (MEK) in Albania is taking advantage of a war against us. A large number of accounts, pages, channels… are involved in publishing fake posts… Social media inside the country has become a second world for the people. Unfortunately, since this environment is being managed by enemies of our state, they are constantly carrying out measures aimed at influencing the population.”