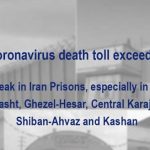 The Coronavirus situation in Iran continues to evolve, with more and more cases, and deaths, occurring on an hourly basis. It is now thought that a prisoner that has been held in the Greater Tehran Penitentiary has been infected.

The Coronavirus situation in Iran continues to evolve, with more and more cases, and deaths, occurring on an hourly basis. It is now thought that a prisoner that has been held in the Greater Tehran Penitentiary has been infected. The prisoner, Amir Hossein Moradi, was being held in Ward 2 of the prison and has now been transferred to another location which remains unknown. 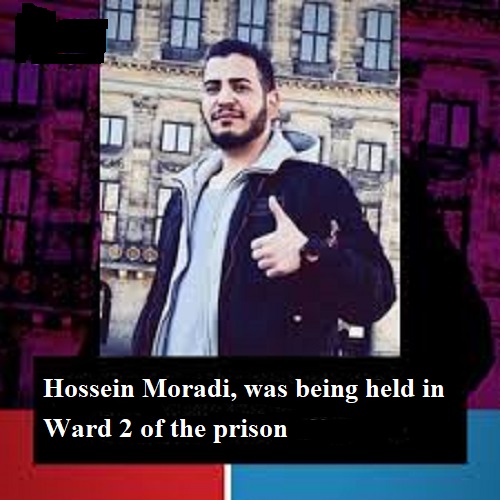 The prisoner, Amir Hossein Moradi, was being held in Ward 2 of the prison and has now been transferred to another location which remains unknown.

The prisoner was arrested during the major protests that swept across the country last year and was told that he would be sentenced to death only last week.

He has a neural illness and has spent time in the hospital for treatment. On Sunday 1st March, it was confirmed that he has contracted Coronavirus COVID-19. By this time, he was already in his ward. This means that he has been in close contact with 19 other people who have been in the same ward with him.

Many of his fellow prisoners were also arrested during the major uprising that took place at the end of last year. The Iranian regime responded very forcefully to the protests, conscious that the regime is on very shaky ground.

Because of their close contact with Amir Hossein Moradi since his Coronavirus diagnosis, a number of prisoners have been taken from the prison and taken to Yaftabad Hospital on the outskirts of the city. Some of these include fellow protesters Mohammad Rajabi, Jamil Ghahremani, Milad Arsanjani, and Saeed Tamjidi. Their personal items were also taken from the ward in the Greater Tehran Penitentiary.

Like the whole Coronavirus situation and the Iranian government’s mismanagement of it, the prison officials have failed to take the necessary steps to ensure that the spread and contamination are stopped in its tracks. Reports from all over the world show that in such cases, other countries have proceeded to disinfect areas where contamination has occurred. Furthermore, prison officials have not given the prisoners access to medical and health supplies.

In Evin Prison in the country’s capital, it is thought that Nazanin Zaghari, a British Iranian that has been imprisoned for several years, has contracted the virus. Her husband is extremely concerned about her health after mentioning only months ago that his wife is experiencing some serious health concerns.

Other reports indicate that there is currently an outbreak of COVID-19 in Gohardasht Prison in Karaj. Once again, the situation is not being managed and prisoners do not have access to facemasks, gloves or disinfectants. Prisoners with worrying symptoms are not being treated properly.

Many reports from various prisons across the country indicate the coronavirus spreading.#Iran#CoronaOutbreak https://t.co/NW6QZbMbc3

In a bid to stop Coronavirus from spreading, the judiciary has called on prison officials to grant leave to prisoners that have sentences shorter than five years, however, inexplicably, prisoners remain in prison.

The Iranian regime’s handling of the crisis has sparked outrage among the people of Iran and there have been many protests over the past few days. The people are furious that they cannot even trust the government to provide them with the facts and the proper advice that would lessen the severity of the crisis.