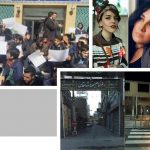 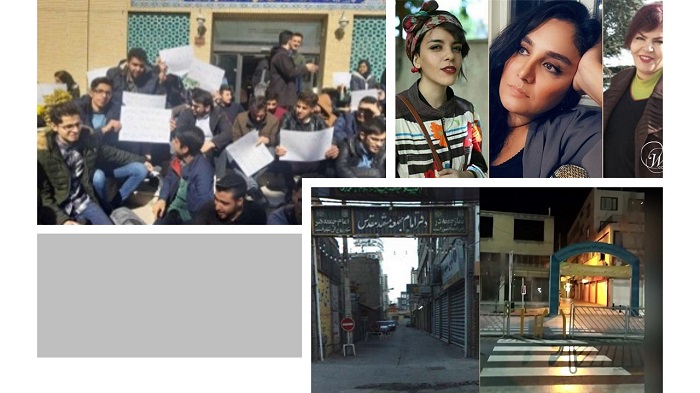 The uprising in Iran, which is active in 191 cities, continued for its 85th day on February 6 and shows no sign of stopping anytime soon.

The National Council of Resistance of Iran reported that brave young Iranians attacked the office of cleric Ahmad Alam al-Hoda, who the NCRI described as one of the most criminal and murderous officials of the mullahs’ regime. Indeed, he is a man who has regularly called for protesters to be executed, recently advocated for the assassination of the British Ambassador, and actually helped to suppress and kill protesters during the 1980s.

#Iran: Office of Khamenei’s Representative in Mashhad (Alam al-Hoda)Targeted. He is among the most criminal regime leaders, responsible for executing &murdering young people in Tehran and Khorasan. https://t.co/A5cly7Hs6u#FreeIran2020#IRGCTerrorists#IranRegimeChange

It was also reported on February 6 that several civil activists were given jail terms. This includes:

On this day, Amnesty International issued a renewed call for arrested protesters at risk of torture to be released. AI also called for those responsible for the crackdown on peaceful protesters to be brought to justice.

Meanwhile, Maryam Rajavi the President-elect of the NCRI urged on the United Nations to immediately send an international fact-finding mission to Iranian prisons to meet with the detainees.

So far in the Iran uprising, at least 1500 protesters have been killed, 4000 wounded, and more than 12,000 have been arrested. These are, of course, minimums because the regime is very secretive about statistics that make them look bad. The People’s Mojahedin Organization of Iran (PMOI/MEK) has so far identified 724 of the protesters killed by the regime.

At the same time as ongoing protests, Iranian Supreme Leader Ali Khamenei has been purging the rival faction’s candidates ahead of the upcoming parliamentary elections. This is a clear effort to consolidate his power and prolong the regime’s illegitimate survival.

A new revolution is coming, and the brave #MEK #Iran resistance units who planned and abetted the recent uprising are preparing the ground for the theocratic regime’s overthrowhttps://t.co/a5E9Od7tkG#IranProtests #FreeIran2020 @USAdarFarsi pic.twitter.com/wg74OZysak

Rajavi said: “The Iranian people have cast their true vote in the November 2019 & January 2020 uprisings with chants of ‘Death to the principle of the velayat-e faqih and death to Khamenei’. They will boycott the regime’s illegitimate election more so than before.”

It is clear from its domestic suppression and international crises that the Iranian regime is on its last shaky legs. How fitting that this is happening in February, the month in which the regime stole power in 1979 and constantly attempts to portray itself as a stable and influential regional power.