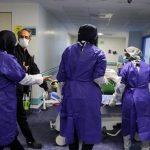 Written by Esmail Mohades on March 3, 2020. Posted in NEWS 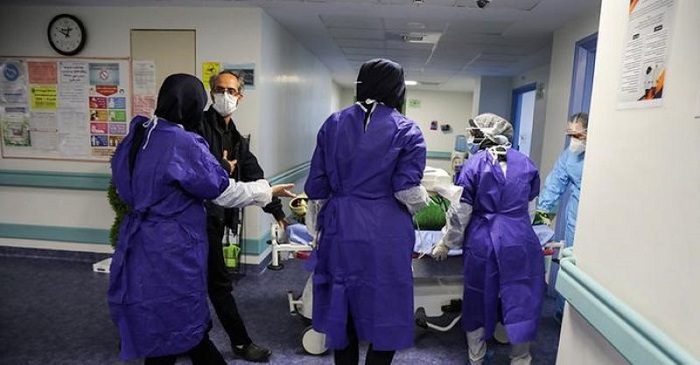 The statement also expressed concern about the lack of medical supplies being provided to the public, and it noted that MEK members who provided care for their infected countrymen were among the 1,000 deaths recorded so far.

The National Council of Resistance of Iran (NCRI) released a statement on Monday calling on the international community to take immediate action to save the lives of Iranian prisoners being held in unsanitary conditions in the regime’s prisons during a deadly outbreak of Covid-19 among the inmate populations. The statement also expressed concern about the lack of medical supplies being provided to the public, and it noted that MEK members who provided care for their infected countrymen were among the 1,000 deaths recorded so far.

The People’s Mojahedin Organization of Iran (#PMOI / #MEK) has reported that the death toll from the #Covid_19 virus outbreak in #Iran is rising rapidly. https://t.co/FAfEtqHY2W pic.twitter.com/9Cn67NQALn

Fatalities from the novel Coronavirus, named COVID-19, have risen to more than 1,000 in Iran. Infections have spread rapidly among the regime’s prisons, with Fashafouieh, Gohardasht, Ghezel-Hesar, Central Karaj, Urmia, Shiban-Ahvaz and Kashan Prisons the hardest hit. According to the MEK network, 300 people in Qom, 209 in Tehran, 61 in Isfahan, 92 in Gilan, 58 in Golestan, 48 in Central, 45 in Kermanshah, 37 in Fars and more than 100 in Mazandaran have died as of Monday evening.

“A number of People’s Mujahideen (PMOI/MEK) activists and members of Resistance Units, who had rushed to the aid of the infected compatriots, are among the victims,” the statement added.

“Preventive medical resources and equipment are essentially in the possession of the Revolutionary Guards (IRGC) and regime officials. Ordinary patients are deprived of many basic needs, such as masks and disinfectant liquids,” the statement read, adding that the IRGC and government officials are now routinely these supplies and selling them on the black market, sometimes at ten times its original price.

The outbreak in Regime Prisons

The outbreak of COVID-19 infections in many of the regime’s prisons has been accelerated by extreme overcrowding and lack of hygiene supplies, including masks, disinfects, and in some cases even soap and detergent.

“Death row political prisoner Amir Hossein Moradi, one of the protesters during the November uprising, is among those infected by the virus. Two infected political prisoners in Shiban-Ahvaz prison have also been quarantined, and there is no information available about their status,” the statement reported.

I stress on the need for protests and strikes to the possible extent. Medical and healthcare facilities should be removed from the IRGC’s monopoly and provided to physicians, hospitals, and the public #CoronaOutbreak #Iranhttps://t.co/G6reuWxl24 pic.twitter.com/Uaq83eGaXS

Mrs. Maryam Rajavi, President-elect of the

The statement added that “the regime has engaged in a cover-up and deception in a bid to counter the Iranian people’s fury and uprising. Iranians blame the mullahs for being solely responsible for the spread of the Coronavirus.”

Mrs. Rajavi restated the need for public outrage, protests, and strikes the whatever extent is possible, emphasizing that “medical and healthcare facilities should be removed from the IRGC’s monopoly and provided to physicians, hospitals, and the public.”