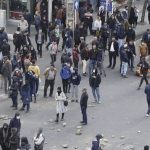 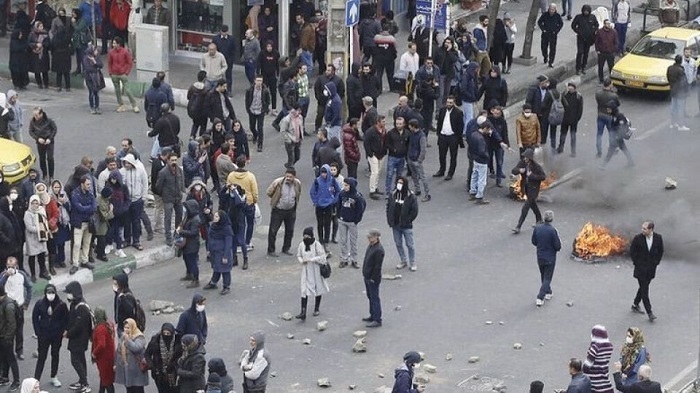 Today is the 46th day of Iran protests which began in mid-November. Many believe that this uprising is a turning point in Iran’s political and social spectrum. Based on the information of Iran’s main opposition group, the People’s Mojahedin Organization of Iran (PMOI/MEK Iran) at least 1500 protesters have been slaughtered in cold blood in the first few days of the protests. The figure was later confirmed by the US senior officials and the Reuters.

The Iranian regime, by brutally suppressing the protesters,  has lost its internal and international legitimacy and it is on the verge of collapse. In dealing with the November 2019 protests, the regime’s Supreme Leader, Ali Khamenei, made two strategic mistakes.

First, tripling gasoline price which sparked the protests and second, the brutal crackdown of the peaceful protests that led to at least 1500 killed, more than 4000 injured, and more than 12000 detainees.

Ali Khamenei repeated the same mistake of his predecessor, the Shah, in slaughtering protesters on September 8, 1978, during the 1979 Iran revolution. He was unable to comprehend a simple reality, cry for freedom and basic rights, cannot be suppressed and ignored.

During the uprising, Iranian people realized that Revolutionary Guards and the regime’s security forces are incapable of standing against the masses. This uprising also changed the domestic and international equilibria for the regime. It is now clear that the state of affairs in Iran will never return to what it was before the November uprising.

The aftermath of the protests indicated that the mullahs are under constant fear, and on the contrary, people’s fear has faded away.

Members and supporters of the PMOI/MEK Iran are risking their lives to continue the November uprising with pro-resistance activities targeting the mullahs’ regime.https://t.co/Xd4hU58U8u#MEK #Iran #IranProtests @USAdarFarsi pic.twitter.com/iIEcNuPaDQ

Since mid- November, senior authorities of the Iranian regime time and again acknowledged this fear by talking about the role of the MEK Iran and its Resistance Units. They showed this fear by repeating phrases like, “revolutionary situation,” “world war,” “Eternal Light 2 operation,” and “shaking the pillars of the system.”

In the first days of the November uprising, just within two days almost one thousand banks, 900 gas stations, and 80 Basij and IRGC bases were set in fire and turned into ashes.

Chairman of the National Security Commission of the regime’s parliament in a frightening reaction said: “on Sunday, November 17, we had 147 conflicts in Tehran and 800 conflict points throughout the country.”

The current situation of the Iranian regime is comparable to the final days of the Shah’s regime. Following the massacre of the November protesters, Khamenei took a preposterous maneuver called “Islamic compassion” and sent Ali Shamkhani, the Secretary of the Supreme National Security Council, to mollify the families of the martyrs. The measure that shows how weak the dictator is and it also reflects that the mullahs are on the verge of collapse.