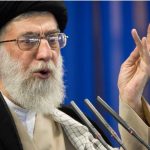 MEK Iran: A Fish Rots By The Head, Not The Tail

Written by Esmail Mohades on December 29, 2019. Posted in NEWS 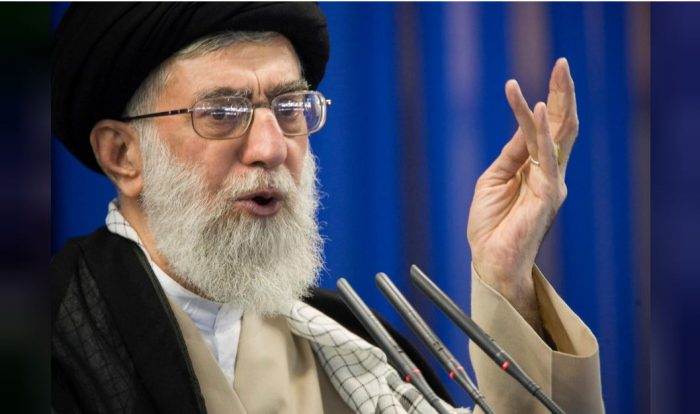 Ali Khamenei, the Iranian regime’s top leader who ordered the crackdown on Iran protesters in November 2019, leaving at least 1,500 killed.

An online poll by the asked site visitors to choose among five answers to the question “who posed the greatest threat to world peace”. According to the DW website, Germans overwhelmingly pointed to one person.

In the absence of any significant polling system in the dictatorship, the hatred for Khamenei was best measured during nationwide protests that covered 191 cities last November, during which more than 1500 citizens, mostly youths, were according to the MEK slaughtered by repressive forces, taking their command directly from Khamenei. The single most impressive slogans in virtually all demonstrations were “Down with Khamenei”.

A video clip circulates on the social media showing an old man wearing a burial shrine – a sign showing one’s willingness to die for one’s cause – painting a graffiti slogan “Death to Khamenei” on the wall of the British Embassy in Tehran, under the surprised watchful eye of a police agent before being taken away by the police.

This level of unpopularity, or hatred, for the supreme leader of a regime which rules by a demagogical concept called “Velayat-e-Faqih”, the jurisprudence of the religious ruler, is seriously problematic for the ruling regime. The core force of those who fired on the unarmed demonstrators are die-hards from the most backward and non-educated part of the population.

So even the official press outlets of the regime ran to the rescue rather than trying to hide the mess.

In a lengthy article under the title “Why is the leader of the revolution most attacked by the biggest lies”, the Fars News Agency, the unofficial mouthpiece of the IRGC, went to great lengths to explain why Khamenei was attacked by the western press, notably the Reuters.

On December 23, in a thorough article on the Iran protests, the Reuters confirmed the figure of 1500 dead announced eight days earlier by the MEK. Reuters stressed the role of Khamenei in the decision to mercilessly shoot the demonstrators in order to prevent the regime’s downfall. Khamenei’s responsibility in the decision was also confirmed, albeit three weeks before the Reuters, by the MEK.

The reasons put forth by Fars are as follows:

So if we long for Islam, the Revolution and Iran, we should protect this focal point which is Ali Khamenei by all means.

If one reads between those lines published by the news agency belonging to the repressive IRGC, the clear message is that the field decision is to go to the ultimate solution, an “Iron Hill” model leaving no opponent of the regime unharmed.

Mrs. @Maryam_Rajavi called on the #UNSC to declare #Iran regime’s leaders such as Khamenei, Rouhani, Ali Shamkhani, secretary for the Supreme Security Council, and Hossein Salami, the #IRGC’s commander, as perpetrators of #CrimesAgainstHumanity to face justice.#FreeAllProtesters pic.twitter.com/ChyCHBy0NQ

This reasoning shows exactly why there is no way out of the current Iran crisis other than a total downfall of the regime, by the Iranian people.