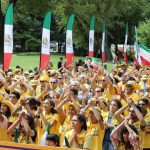 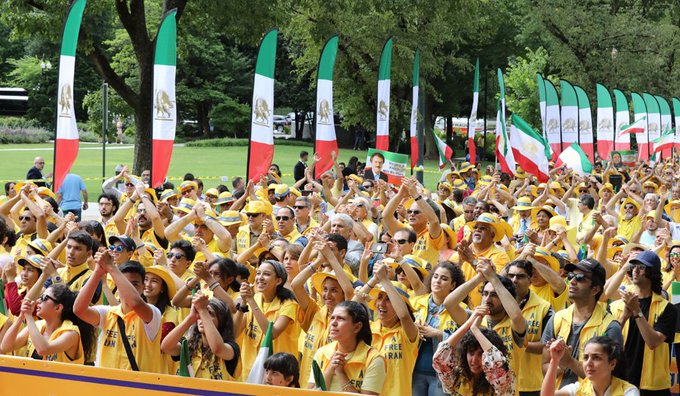 The National Council of Resistance of Iran (NCRI) Committee on Security and Counterterrorism released a new report on Thursday detailing the cyber campaign against the MEK by the Iranian regime’s Ministry of Security and Intelligence (MOIS).

According to the report, the regime is reeling from the effects of this summer’s Free Iran rallies in numerous world capitals and the five-day conference held at Ashraf-3, the MEK’s headquarters in Albania, which was attended by more than 350 prominent political figures and human rights activists from 47 countries. These events, combined with increasing resistance activity within Iran and tightening sanctions on Iran’s petrochemical industry and regime leaders and entities, have led the clerical dictatorship to the brink of collapse.

Influence at Home and Abroad

Regime leaders are now openly voicing their concerns about the MEK’s power and influence both inside Iran and abroad. On August 8th, the Kayhan daily newspaper wrote that the MEK “has penetrated deeply into our homes and its impact is being felt.”

In a July 29th interview on state-run television, IRGC Brigadier General Assadollah Nasseh said: “We must know that everything that takes place in the world against us is the result of their [MEK’s] lobbying effort somewhere or a price that they have paid… On the issue of missiles, we witness that it was based on the information that they provided to the Americans. Regarding human rights, they makeup dossiers and files and provide them to Europeans and they put pressure on us in this way. They use every leverage against us.”

Regime officials have also expressed alarm at the MEK’s presence on social media.

In a July 28th interview with the state-run ISNA, IRGC Brigadier General Gholamreza Jalali, who heads the regime’s civil defense forces, said: “Their [MEK] fingerprint is on many of the controversies that we face. Many of the news cycles in cyberspace that are orientated against the state and the revolution are their psychological warfare [read: expose our crimes] against us… [MEK] incite people to rise up… During last year’s events,… They try to influence public opinion and perception in society negatively, and to instill despair, disappointment and a sense of failure of the Islamic Republic.”

On August 2nd, Brigadier General Abolghassem Forootan told the state-run Mizan news agency, “This time they [MEK] want to harm the values of our nation and system through the use of cyberspace and soft power.”

The NCRI report cites the growing alarm by the Iranian regime as a reason for its escalating cyber campaign against the MEK. According to the report, “the MOIS, IRGC, and Qods Force have embarked on a futile campaign to counter the growing resistance to the regime by using their propaganda and cyberwarfare machine.”

Cyber attacks against the MEK

The NCRI report lists a number of specific examples of online attacks against the MEK and the Iranian Resistance by the regime.

The NCRI’s Committee on Security and Counterterrorism calls on all supporters and friends to expose the regime’s cyber campaigns. It further urges all supporters to be cautious in responding to emails or social media contacts, including Telegram, WhatsApp, and Skype. Do not respond to an unknown or suspicious email or social media requests, and report suspicious cases to NCRI representative offices or PMOI chapters in different countries.