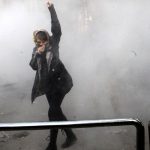 Time to Support MEK, in Its Quest for Freedom 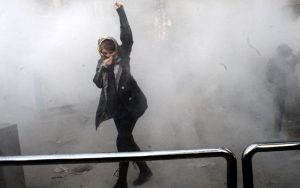 On Wednesday, International Policy Digest reported on U.S. President Donald Trump’s recent comments about Iran. “They will have bigger problems than they’ve ever had before,” said Trump during an Oval Office meeting with French President Emmanuel Macron. The comment was in reference to Iran’s nuclear program. Though it is unclear exactly what Trump meant with his vague threat, his remark was timely, as the current regime is already struggling with numerous problems, most notably the recent uprising in Iran.

In December of 2017, protests broke out across Iran, as citizens took to the streets to protest poor economic conditions. Iran’s economic crisis has led to rampant poverty and high inflation. The rial has lost half its value since September of last year, causing financial instability across the country. Economic factors lit the match that started the uprising, but politics fanned the flames of dissent. The people began to protest the regime’s atrocious human rights record, speak out against its corruption, and demand equal rights for women. As the uprising reached a fever pitch, the people began to call for regime change.

Though the regime was able to temporarily suppress the uprising, the stage was set for rebellion. In addition, “Supreme Leader Ali Khamenei broke with his regime’s usual tactics of propaganda, acknowledging that the principal Iranian Resistance group, the People’s Mojahedin Organization of Iran (PMOI/MEK), had played a leading role in planning and organizing the demonstrations,” reported the International Policy Digest and numerous other publications. This admission inadvertently helped restore legitimacy to the MEK (PMOI), the principal opposition that had been the subject of a demonization campaign by the regime since the Revolution. However, in the face of the widespread rebellion in Iran, it was harder for people to believe the propaganda spread by the regime.

The report also concludes that Trump could make his threat a reality by working with European leaders to support the large and ever-expanding domestic resistance movement in Iran. Though France, Germany, and the U.K. are still in favor of the Iran nuclear deal, they have shown increasing concern about Iran’s ballistic missile program, as it has the potential to further destabilize the Middle East. The International Policy Digest also wrote that “Emmanuel Macron, the French president, underscored this alignment of American and European views by saying that both leaders would look at the Joint Comprehensive Plan of Action ‘in a wider regional context.’ His statement underscores the common interests that Western countries have in preventing the Iranian regime from spreading its violent ideology to the larger region.

As the uprising has shown, the MEK (PMOI) shares this goal. The opposition is best equipped to turn the regime’s attention inward. Supporting the MEK (PMOI) as it works toward regime change is the easiest way to avoid the mistakes of the past. Both the French and U.S. presidents have made statements over the last two weeks vowing not to repeat the mistakes of the past with respect to Iran. This is a laudable goal, as the past policies of appeasement to the regime, including false vilification of the opposition movement, have failed repeatedly.

When the uprising began, analysts in Washington, D.C. predicted a swift end to the rebellion. Six months later, the protests continue, despite the regime’s efforts to suppress dissent. This is the time to leverage that dissent and support the MEK (PMOI) in its efforts to overthrow the fundamentalist theocracy in Iran and replace it with a secular democracy with equal rights for all.