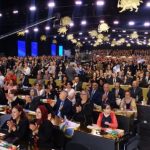 Maryam Rajavi to Free Iran Rally at Ashraf 3: “We Will Take Back Iran!” 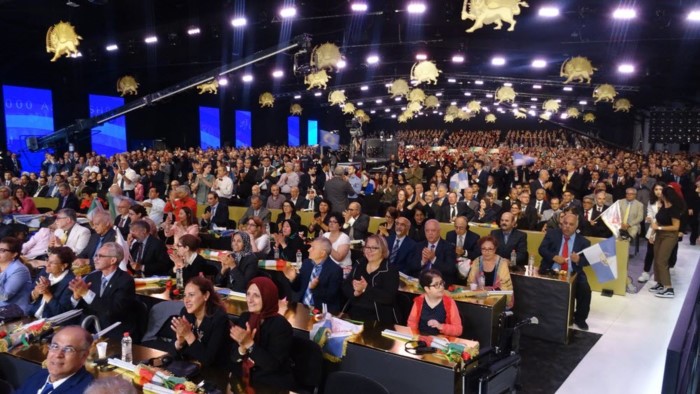 The National Council of Resistance of Iran (NCRI) held its annual Free Iran Rally at Ashraf 3, the MEK’s headquarters in Albania, for the first time this year.

Ashraf 3 was constructed in just one year and built from the ground up as a home for the displaced members of the MEK who suffered repeated attacks at their previous homes at Camps Ashraf and Liberty in Iraq. The choice to host the Free Iran Rally at Ashraf 3 this year is significant.

Mrs. Maryam Rajavi delivered the keynote address to the tens of thousands of MEK members and international dignitaries gathered for the rally.

“Twenty months ago, this was an empty piece of land with nothing on it. At the hands of the Mojahedin, through their enormous efforts and hard work, Ashraf 3 was built and now stands tall. But our final destination is Tehran, freed from the occupation of the mullahs.”

The Goal of an Uprising

Mrs Rajavi quoted Massoud Rajavi’s words on the importance of regime change coming from within Iran: “For a nation to appreciate her own freedom, she must ultimately free herself on her own. “Everyone can only free himself on his own from the yoke of coercion and oppression, and it is precisely for this reason that we are responsible to advance the goal of a general uprising for the freedom of our people and our country,” she quoted.

In reference to her opposition to the easing of sanctions against the Iranian regime in 2013, Mrs. Rajavi said, “The time has come for major powers to stop appeasing and giving concessions to the murderous religious tyranny, the Central Banker of terrorism, and the world’s record holder of executions, and to recognize the right of the people of Iran for resistance and freedom.”

The MEK Has Paid the Price

Mrs. Rajavi said that the policy of appeasement now carries heavy consequences. The MEK exposed the Iranian regime’s nuclear program, forced a cease fire in the Iran-Iraq War, called attention to the regime’s human rights situation, and repeatedly blew the whistle on the mullahs’ malign activities. If they had not done so, “today, the situation would have been radically different, and the mullahs, equipped with nuclear weapons, would have created and solidified the empire and Caliphate they had long intended to establish,” she said.

Rise of the MEK

Despite the regime’s claims that the MEK has no influence within the country, Iranian authorities have arrested large numbers of MEK members and have created new patrols to round up Resistance Units and to suppress Resistance activities. “But the enemy can neither succeed in breaking the morale of Resistance forces in prisons nor is it able to thwart the resistance movement and the units of rebellion in cities. Yes, every young man or woman yearning for freedom and justice is a potential or de facto rebel,” she said.