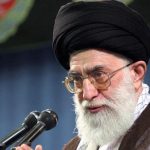 Regime Calls for Unity to Counter Fear of The Uprisings 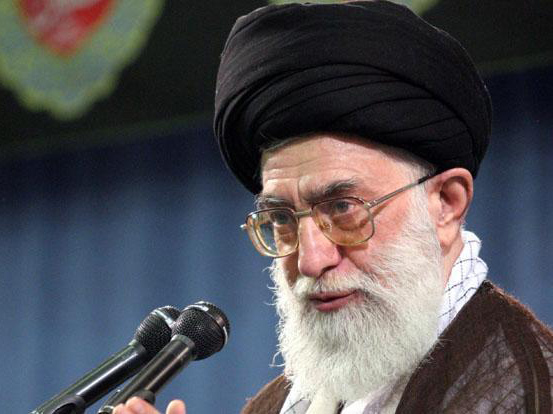 Ali Khamenei, expressing concern about the infighting among regime fractions in light of the growing protests against the regime.

Regime authorities are once again stressing the importance of unity between opposing factions as the clerical regime teeters dangerously close to being overthrown. Regime Supreme Leader Ali Khamenei, President Hassan Rouhani, and officials of all levels have emphasized that regime leaders must put aside their differences, at least publicly, in order to weather the “current dangers” facing the clerical dictatorship.

The “current dangers” are of course the regime’s growing fear of the people’s uprisings particularly with the role the MEK, has been playing in mobilizing the, which pose a threat to the mullahs’ continued claim to power. Officials call for unity time and time again, but they have repeatedly failed to address the fundamental problem facing Iran: the Iranian people are unified against the mullahs, and no amount of solidarity amongst officials can change their desire for regime change.

“We shouldn’t raise an issue immediately in Friday prayers when we see it in governmental, judicial, or other institutions,” he said, emphasizing that this “would increase the rifts and differences and agitate the population.”

Massih Mohajeri, a mullah close to Rouhani’s faction and the editor-in-chief of the Islamic Republic newspaper, claimed that Friday prayer Imams are doing the very thing Khamenei warned against. While admitting the hatred and illegitimacy even within the ranks of the regime supporters, he blamed the problem on poorly-qualified Imams in an article in the newspaper he edits.

“The reason why participants of Friday prayers are decreasing over the past recent years is that there has been negligence in the necessary qualities for choosing Friday prayer imams,” he explained.

“There are Friday prayer imams who lack the necessary qualities and don’t have the ability to attract the people and unite them,” he continued. “In recent decades, a large amount of money and energy have been spent on building prayer sites in different cities. However, there hasn’t been much spent to significantly improve the quality of Friday prayer imams. The result is that we have praying sites but no worshippers and the number of individuals who participate in Friday prayers all over the country is a fraction of the population that actually prays. More importantly, the number of young people present is very small. This means that the Friday prayer imams lack connection to the current generation,” he added.

No Difference between Factions

In a July 13th interview, Mohebbian, a conservative Iranian regime strategist, admitted what the MEK has said for years: “Due to the disappointment about the management of [Iranian] political movements, the population has concluded that one political movement is like the other and there is no difference,” Mohebbian said.

Officials in #Iran cut off electricity to quake-hit locals of a town where people are living in tents & trailers after nearly two years.#IranProtestshttps://t.co/tIiPPmr42O

“The internal and external difficulties of the conservative movement is serious as is that of the moderates. The most important problem of conservatives is their weakness in political marketing for their opinions among the population. Eventually, the people will move beyond both [factions],” he added. A very clear admission of the fear the entire corrupt and repressive regime has from the people’s uprising.