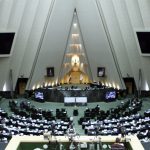 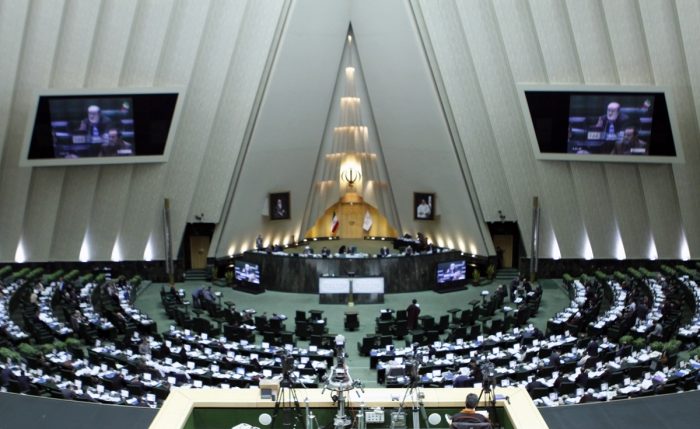 An Iranian MP has admitted that the People’s Mujahedin Organisation of Iran (MEK Iran) is playing a central role in the rising tide of public dissent. Elias Hazrati took the podium in the regime’s Majlis (parliament) on Tuesday, May 14. He took the opportunity to shed some light on the crisis the Iranian regime currently finds itself in.

“The system is facing the toughest sanctions’ regime and the most condense economic blockade the country has faced during the past decade,” he said. He warned the regime officials in attendance that unless they took steps to modify the status quo, the regime would lose the Iranian public’s trust [read support among those very few percentages loyal to the regime].

The Middle of a Psychological War

“We are in the middle of a horrific psychological war. The war has begun. The aim is to destroy the people’s trust in the state,” Hazrati said, referring to the MEK’s repeated opposition to the Iranian regime’s repressive policies.

Over a 100,000 supporters of #MEK, gathered in #Villepinte–#Paris, to voice support for #Iran’s main opposition, and a free Iran- June 30, 2018https://t.co/9CrRrTCqkM#FreeIran2018 pic.twitter.com/fYlubApuvc

Hazrati went on to explicitly mention the MEK as a source of his escalating fear for the future of the regime’s survival.

“The enemy is using all its assets to discredit the state. With fake news and exaggeration tactics, 1,200 PMOI/MEK members are sitting and planning against [paramilitary] Hezbollah [militants], against both the reformists and principalists, the defenders of the state and the extremists and the fanatics. And inside the system, we are promoting this great war without doing anything to counter it,” he mused.

The Regime Has No Understanding of the Challenges Iranians Face

Hazrati’s warnings were clear to the regime; maintaining the status quo is not a viable option. As the Iranian economy continues to freefall and the purchasing power of ordinary Iranians plummets, the Iranian public is losing patience.

The people see a regime that is mismanaging Iranian finances, funneling money abroad to the militia and terrorist groups around the region. They see a regime ignoring their demands to end corruption and embezzlement. While they get poorer, the mullahs get richer, lining their pockets at the expense of the Iranian economy.

“You will realize the gravity of the situation when the people are smashed under the wheels of the problems,” Hazrati continued. “We don’t have any understanding of the fact that people are being smashed under the wheels of high costs of living, inflation, unemployment, and there is chaos overwhelming the Bazaar and the economy, while we are engaged in our own infightings and pay no attention to the outside reality.”

Hazrati is correct to be worried. The status quo is not tenable and a rising tide of public opposition will bring about regime change and restore democracy to Tehran.