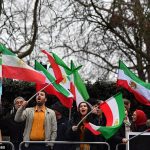 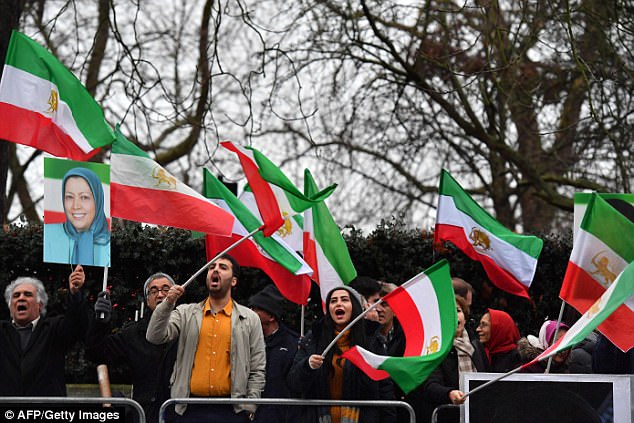 Supporters of MEK, during a rally in London in support of the uprisings in Iran.

The clerical regime in Iran uses a variety of tactics to spread propaganda amongst the people. One of its most insidious methods is the use of Friday prayer leaders. Each week, these men use the guise of religion to promulgate the talking points of the mullahs.

As it has become clear that the protests that have been taking place across the country for over a year are not going to stop because of the regime’s efforts to intimidate and suppress the people, Friday prayer leaders have stepped up their warnings about the MEK and its role in the ongoing efforts to bring back democracy in Iran. In the process, the leaders have exposed the regime’s fear of the popular uprising and its potential to topple the theocratic regime.

“Plans of the Enemy”

Over the past few weeks, this phenomenon has been particularly pronounced. Friday prayer leaders have referred to the “plans of the enemy” and “uprisings by the disenchanted population” against the Iranian regime.

Mohammad Taghi Keramati, Golpaygan’s Friday prayer leader described an enemy who wants to “destroy the roots of the establishment.” Despite these ominous words, he said that officials should not be afraid and lose their resolve in the face of this enemy.

The most important development in 2018, was the uprisings and protests of the people of #Iran against the clerical regime. #IranRegimeChange

Ghorbanali Dori Najafabadi, Arak’s Friday prayer leader, named the MEK as the enemy of the Iranian regime in his sermon and said that the regime must “resist against the enemy with vigilance and awareness.”

Mohammad Reza Naseri, Yazd’s Friday prayer leader, said in his sermon that regime officials should be cautious about believing rumors. “The enemy intends to cause mistrust in officials and the goals of the revolution through rumors,” he warned in a sermon that was streamed on social media.

#Iran: Protest Gathering of Teachers in Kermanshah
January 10, 2019. The teachers and educators of Kermanshah – western Iran. Staged a protest gathering against two months non-payment of their salaries and wages in front of the education office of the city. #IranProtests pic.twitter.com/4f69bWZyWB

Fear of the MEK

Some prayer leaders sought to hide their anxiety about the upheaval taking place around the country by expressing relief that the Islamic Republic still stands.

Hormozgan’s Friday prayer leader, Gholamali Naeem Abadi, said, “As we approach the 40th anniversary of the Revolution, all the enemies who prayed for the destruction of the establishment have themselves been destroyed.” (It is worth noting that the MEK has not, in fact, been destroyed, and the regime and all of its officials and prayer leaders are abundantly aware of this, as are the Iranian people.)

Yusef Ghassemi, Kangan’s Friday prayer leader was less celebratory. “As Iran puts the 40th anniversary of the victory of the Islamic Revolution behind, the enemies are trying to push protests toward strife by assembling working groups,” he said.

Yet another common thread among Friday prayer leaders’ sermons has been a fixation with the MEK’s activities abroad. Mohammad Ali Ale Hashem, Tabriz’s Friday prayer leader, said that the MEK is “a group that has disagreed with the principles of the Islamic Republic for four decades and is seeking its collapse.” He described the MEK’s activities in Europe as a cause for concern and demanded that the European Union “respond to the Iranian people about harboring [MEK members].”