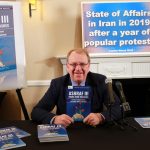 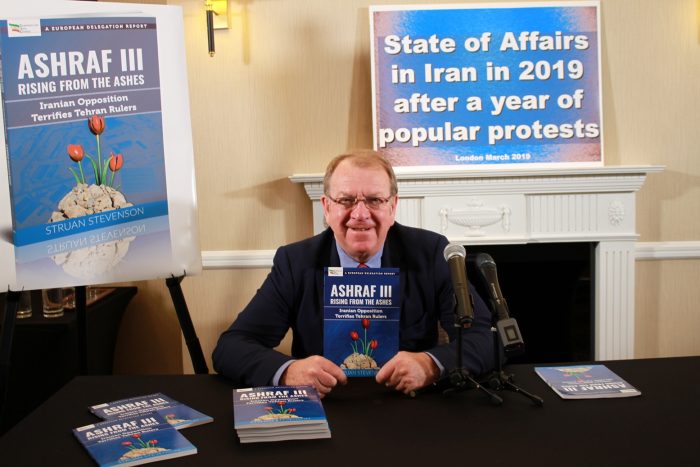 The Coordinator of the Campaign for Iran Change (CiC), former MEP (1999-2014), at a news conference in London, introducing a new book, titled, ‘ASHRAF III – Rising from the Ashes’ about the recent visit by a delegation of European MEPs to Ashraf III, the main residence of the MEK in Albania-March 5, 2019

On Tuesday, Struan Stevenson presented his new report, “Ashraf III – Rising From The Ashes,” at a press conference in London. Stevenson is a former Member of European Parliament, the Coordinator of the Campaign for Iran Change, and a longtime supporter of the MEK and has written extensively about Iran and the Western policy of appeasement toward the mullahs. His latest report describes the regime’s latest efforts to demonize the MEK through propaganda and eliminate the resistance organization through terrorist plots.

During his remarks at the press conference, Stevenson discussed the Iranian regime’s escalating terrorist plots and propaganda attacks against the MEK under the leadership of “moderate” President Hassan Rouhani.

#Breaking Watch Live:"State of Affairs in Iran in 2019 after a year of popular protests" ASHRAF III, RISING From th… https://t.co/yJ2ds51EpG

“The regime plotted to bomb a rally in Paris. I was at that rally. Several other terror plots were perpetrated by Iranian regime agents in Europe,” Stevenson said, describing the regime’s foiled terrorist plot on last year’s Free Iran rally outside of Paris, which targeted tens of thousands of MEK members and supporters, as well as hundreds of high-ranking politicians and dignitaries from all over the world. Assadollah Assadi, an Iranian regime diplomat, was arrested by German law enforcement for masterminding the attempted bombing and now awaiting trial in Belgium on terrorist charges. “But despite all that, we still have Europeans trying to sign trade deals with Iran as part of an appeasement policy,” Stevenson continued. “These countries have shamefully set up INSTEXT to bypass U.S. sanctions in a somewhat barter system.”

Stevenson also spoke about recent political developments in Iran. “Only two days ago, Iran appointed Ebrahim Raisi, the notorious executioner of thousands only for their support for the PMOI/MEK. How on Earth can we have dialogue with a regime that appoints a man with such atrocities to head of judiciary?” 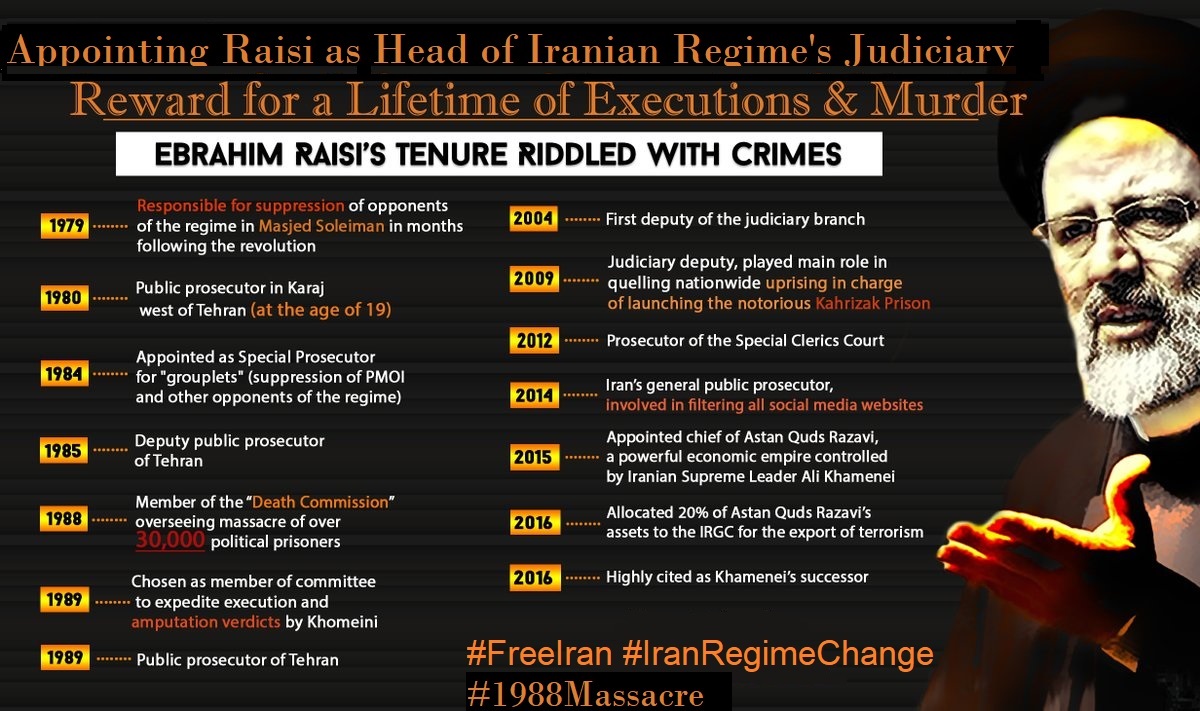 Raisi was a senior member of the “Death Committee” who sentenced thousands of political prisoners to death in kangaroo courts during the summer of 1988. Over 30,000 people, most of whom were MEK members or supporters, were executed in the 1988 Massacre. No one has ever been held accountable for this crime against humanity.

The bulk of Stevenson’s remarks were devoted to the Ashraf III, the MEK’s headquarters in Albania, and the regime’s attempts to demonize and destroy Ashraf through propaganda and outright terrorism.

“Following the airlift of over 2,000 Iranian dissidents [from Iraq to Albania], the mullahs couldn’t tolerate it and sent dozens of agents to Albania. The mullahs’ regime began planning bomb plots and assassinations in response,” Stevenson said. “Mrs. Maryam Rajavi and her people built a whole city in a matter of months. Ashraf. That is why I call it ‘rising from the ashes.’”

Stevenson described the role of British citizen Anne Singleton, who was recruited along with her husband, Masoud Khodabandeh, by the Ministry of Intelligence and Security (MOIS) to spread false propaganda about the MEK in Albania. “Anne Singleton actually held a press conference in Albania, claiming to work for the UK government as an anti-terrorism expert. Two Londoners, Masoud Khodabandeh and his wife, Singleton, who have sinister records and have been seen outside Ashraf in Iraq planning rocket attacks on the residents, are now regularly visiting in Albania,” Stevenson explained.

Stevenson concluded his remarks by stating the mission of the MEK members living in Albania and their goals for helping the people of Iran to establish a free Iran. “The people of Iran now look to the organized opposition [the PMOI and the NCRI] as the harbingers of a future of democracy, justice, and peace. The fortitude and stamina of PMOI [MEK] members in Albania has acted as a beacon of hope for the 80 million beleaguered citizens of Iran who hope and pray for freedom from oppression,” he emphasized. He went on to say, “The Iranian people have lost their fear and are demanding regime change. We have a regime that has executed 4,000 only during the so-called moderate Rouhani’s tenure. After 40 years of dictatorship, today 80 million Iranians have had enough.”