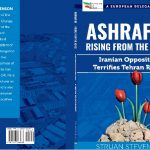 New Book on the MEK and Ashraf III 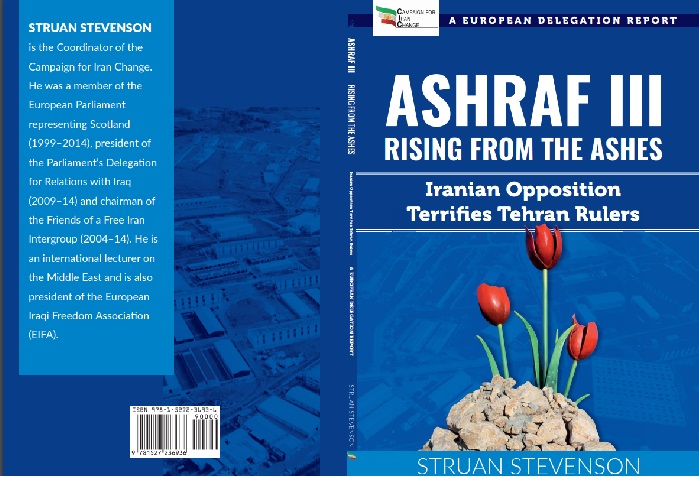 Struan Stevenson Publishes New Book on the MEK and the new residence of the MEK in Albania, Ashraf III .

Struan Stevenson, a former Member of European Parliament representing Scotland and longtime supporter of the MEK, has written a new book, Ashraf III, Rising from the Ashes: Iranian Opposition Terrifies Tehran Rulers. The book, which describes the widespread protest movement currently taking place in Iran that threatens to topple the theocratic regime, also details the regime’s efforts to demonize the MEK over the past forty years and its numerous attempts to destroy the organization through missile strikes, smear campaigns, and terrorist plots.

The book’s main focus is the MEK’s struggle to find a safe haven, first at Camp Ashraf in Iraq, then at Camp Liberty in Iraq, and finally at Ashraf 3 in Albania. Thousands of members of the MEK lived in exile at Camp Ashraf and Liberty from 1986 until 2017. After the withdrawal of U.S. forces from Iraq, the MEK camp was targeted by repeated deadly missile strikes. These strikes were ordered by Iraqi Prime Minister Nouri al-Maliki at the behest of the Iranian regime. After years of negotiations and deteriorating conditions, the Albanian government agreed to allow the MEK to move its headquarters to Tirana.

The new MEK camp, Ashraf 3, is home to 3,000 MEK members, all of whom have a personal stake in working toward the goal of a free Iran. These “Ashrafis” have worked tirelessly to a home for the Iranian Resistance.

Struan Stevenson visited Ashraf 3 last year, along with two other MEPs, Tunne Kelam & Jaromir Stetina. The delegation toured the camp and spoke to the residents there about their stories and motivations for working for the Resistance.

Stevenson described Ashraf 3 after his visit last year in a piece for UPI. He wrote: “These hard-working and resilient freedom fighters have constructed a small city with shops, clinics, sports facilities, kitchens, bakeries, dormitory blocks, meeting halls, offices, and studios.”

In his book, Stevenson writes about the efforts the Ashrafis have made to forge relationships with the Albanian community. He emphasizes the resilience of the MEK members in rebuilding their home after decades of attacks by the Iranian regime. Ashraf 3, says Stevenson, serves as a beacon of hope to the 80 million Iranian citizens who pray for freedom from oppression. The people of Iran see the MEK as the only viable democratic alternative to the theocratic regime, and the Ashrafis take this responsibility seriously.

Stevenson’s report describes the current unrest in Iran that has arisen since the widespread uprising by the Iranian people in late 2017. The book details the regime’s response to the protests, which has included a massive crackdown on any political activity. Stevenson discusses the arrests, executions, imprisonment, and intimidation of the Iranian people and the failure of the regime to respond to the concerns of the protesters. He also shows how the regime has increased its efforts to censor social media and access to the Internet, as well as its demonization campaign against the MEK.