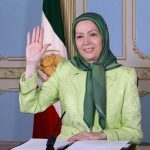 Maryam Rajavi: Regime Wants to Compel the World to Silence and Surrender 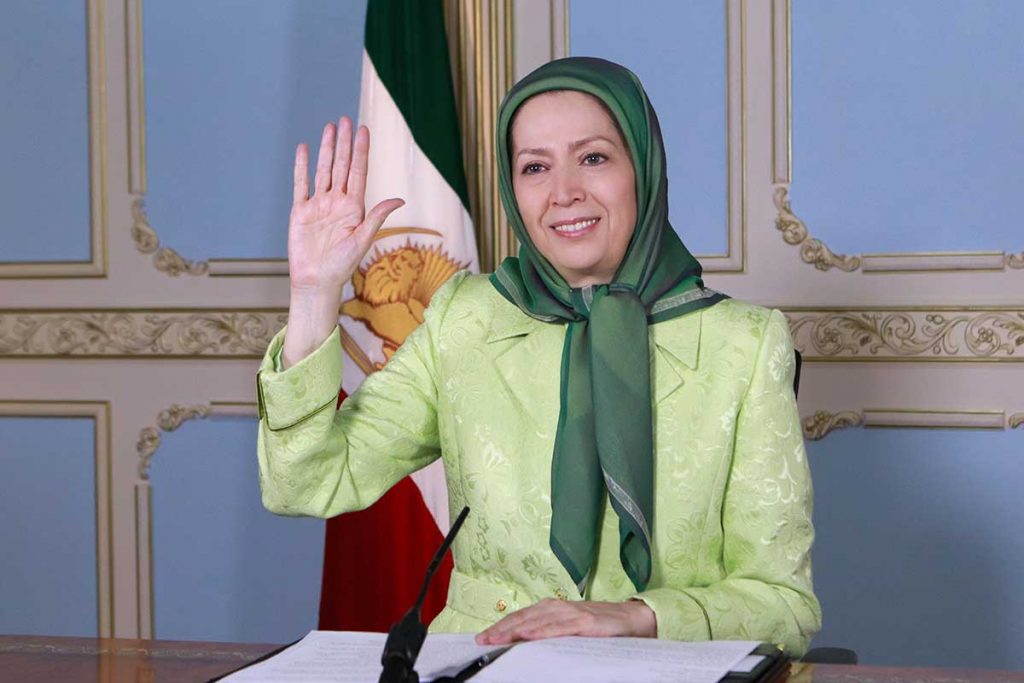 Maryam Rajavi, the President-elect of the National Council of Resistance of Iran (NCRI), addressing the conference “Iran New Wave of Terrorism- EU and US Response”-October 2018

On Thursday, October 4th, Mrs. Maryam Rajavi gave a video address to the participants of a seminar in Brussels. Entitled “Iran’s New Wave of Terrorism: The EU and US responses,” the seminar was held at the Residence Palace in Brussels and was attended by a number of political dignitaries.

Mrs. Rajavi discussed the Iranian regime’s use of terrorism and the importance of countering these terrorist acts. “The mullahs are highly motivated for terrorism. By using terrorism, the regime wants to compel the world to silence and surrender, Mrs. Rajavi said during her address. “The best response to such a regime is firmness. This is a responsible policy for global peace and security.”

Mrs. Rajavi stated that the regime has been unable to suppress the popular protests that have been taking place in Iran for the last nine months, noting that the regime’s highest-ranking officials have acknowledged the MEK’s role in organizing the uprisings. Meanwhile, she said,  the rial has lost 80 percent of its value over the past 12 months.

At the international level, the end of the policy of appeasement and the enforcement of stronger sanctions have put the regime in a tight corner.

“In reaction,” Mrs. Rajavi went on, “the mullahs have stepped up their suppression at home and terrorism abroad. By resorting to terrorism, they seek to blackmail the international community. They refuse to reduce their missile program and instead, continue to expand their terrorist activities.”

As examples, Mrs. Rajavi detailed the regime’s terrorist plots against the Iranian Resistance this year. In March, the regime attempted an attack on the MEK’s Nowruz gathering in Albania. In August, two Iranian spies were arrested in the United States for gathering intelligence to use against the Iranian Resistance in the U.S. In September, the regime attacked the headquarters of the Iranian Kurdish parties in Iraq with rockets. “The regime’s diplomats are systematically engaged in terrorism and espionage. In reality, terrorism is a key instrument for advancing their foreign policy,” stressed Mrs. Rajavi.

Mrs. Rajavi emphasized that “decisions for terrorist operations are made at the National Supreme Security Council presided by Hassan Rouhani, and subsequently approved by Khamenei.”

The institutions of the regime, including the Ministry of Intelligence and Security (MOIS), the Quds Force, and the Ministry of Foreign Affairs,    work together to implement terrorist plots and cover up their schemes.

Maryam Rajavi : Silence on the mullahs’ terrorism, the most damaging kind of appeasement of the religious dictatorship – Maryam Rajavi https://t.co/7OQb7770Ep pic.twitter.com/BPxkUmtqb7

The mullahs and their lobbies endeavor to insinuate the theory that, first, the terrorist operations are carried out by arbitrary elements, and second, they are done by some internal factions seeking to sabotage what Rouhani and Zarif do,” Mrs. Rajavi explained.

“These lies, however, can deceive only those who are inclined to be deceived so that they could continue their relations with the mullahs’ theocratic regime,”  she added.

“The mullahs have repeatedly announced that they can achieve victory through terror.” Mrs. Rajavi stated.

“As a result,” she said, “ imposing silence on western governments has been a significant achievement for them. Remaining silent vis-à-vis terrorism is the most damaging form of appeasement of the mullahs’ theocratic regime. Unfortunately, this is currently the prevalent policy in Europe. This is a mistake which costs not only the security of Iranian people, but the security of Europe.”

Speaking on behalf of the people of #Iran, I say to the governments of Europe:#ExpelIranDiplomatTerrorists#IranProtests #IranRegimeChange pic.twitter.com/MOo9aTBgoH

Mrs. Rajavi concluded her address with a call to action on behalf of the Iranian people to the governments of Europe: