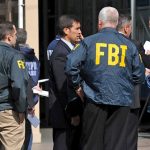 Two Iranian Agents Arrested on Espionage Charges in the US 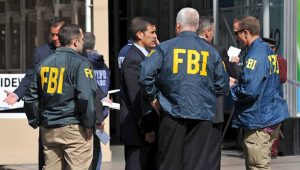 Two agents of Iran’s Ministry of Intelligence were arrested on August 9, 2018 on charges of espionage against the MEK (Iran’s principal opposition)

On August 22nd, 2018, The New York Times reported that two agents of the Iranian regime had been arrested on charges of spying in the US. The pair stand accused of intelligence gathering on American citizens with links to MEK, the political groups advocating for regime change in Iran as well as carrying out surveillance against Jewish facilities.

Ahmadreza Doostdar and Majid Ghorbani, 38 and 59 respectively, were both employed by the clerical regime in Iran. Doostdar had dual citizenship as a US-Iranian, while Gurbani arrived in the US in the mid-1990s.

A Regime on the Back Foot

The arrests come as the international community, with the US in particular, is beginning to adopt a firmer stance towards the Iranian regime. Donald Trump has reintroduced sanctions after withdrawing from the Iranian nuclear deal.

Iran’s espionage and terror networks have also been under the spotlight in recent weeks. Following the foiled terror attack in Europe, where an Iranian diplomat posted in Vienna coordinated a terror attack in Paris, the US State Department has urged every nation with an Iranian embassy on its soil to investigate the embassy activities.

The case being brought against Doostdar and Ghorbani alleges that the pair monitored the People’s Mujahedin Organisation of Iran (MEK). Ghorbani attended MEK rallies and photographed its members.

28 photos of MEK members were found in Doostdar’s personal luggage, along with a receipt for $2,000. Court documents allege that Doorstdar paid Ghorbani $2,000 for the photos, complete with annotated notes on those depicted.

Further evidence against the pair was gathered through court-ordered electronic surveillance. In one recording, Ghorbani can be heard telling Doorstdar that he had seen Alireza Jafarzadeh at a New York MEK rally. Jafarzadeh is deputy director of the National Council of Resistance of Iran (NCRI), an Iranian anti-regime opposition group.

In the same conversation, Ghorbani described those attending the rally as deserving “one-shot”, referring to a bullet.

Following the arrests, Jafarzadeh spoke to the media. The New York Times article quotes Jafarzedah directly. He said, “the Iranian regime has been operating her under different covers… for decades”. He added, “they got away with pretty much everything”.

The pair violated several US laws, including working as agents of a foreign government without notifying the US attorney general and breaching the current Iran sanctions. The case is being tried in the US District Court for the District of Columbia. FBI representatives from Washington DC and Los Angeles investigated the case.

The court case is due to begin on September 6th.