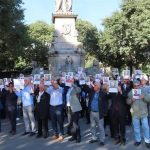 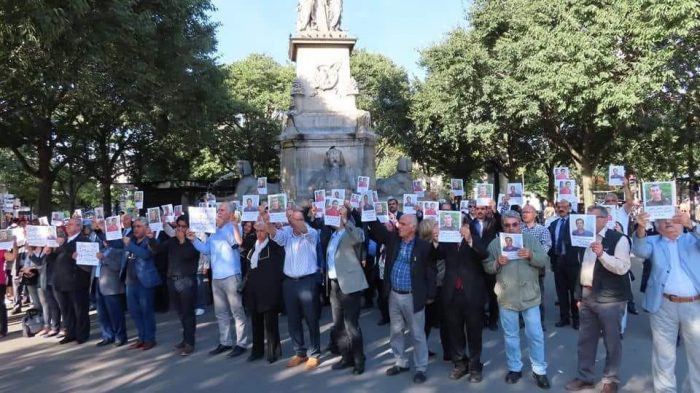 Human rights groups are condemning the Iranian regime for its recent inhuman use of the death penalty on the Kurdish political prisoners. Kurdish dissidents have long been targeted by the regime, but the recent wave of executions is so extreme that it has drawn international attention.

On Saturday, September 8th, Ramin Hossein Panahi, Zaniar and Loghman Moradi were executed in Gohardasht in Karaj. As the three men were Kurdish political prisoners, a number of human rights groups have condemned their executions as politically motivated.

Amnesty International issued a statement about the executions, saying:

“The trials of all three men were grossly unfair. All were denied access to their lawyers and families after their arrest, and all said they were tortured into making ‘confessions.’ In sentencing them to death despite these massive failings in due process, the Iranian authorities have once again demonstrated their brazen disregard for the right to life.”
The U.N. Special Rapporteur on Extra-Judicial Executions, Agnes Callamard, also condemned the executions, writing on Twitter:

No words of condemnation will be strong enough. #RaminHosseinPanahi execution amounts to an arbitrary killing by the State of #Iran. Given the identity of the victim, this is also a political killing. Despicable. https://t.co/YEGuIeCeXM

“No words of condemnation will be strong enough. #RaminHosseinPanahi execution amounts to an arbitrary killing by the State of #Iran. Given the identity of the victim, this is also a political killing. Despicable.”

Also on Sunday, September 9th, Ahmad Shabab and Nasser Azizi were executed in Iran after being wounded and captured by the Revolutionary Guards in West Azerbaijan province, reported Iran News Wire.

On Monday, September 10th, Kamal Ahmad Nejad was condemned to death by regime judicial authorities in Miyandoab, Western Azerbaijan. According to reports published on the Internet, Nejad was convicted of charges of membership in the Kurdistan Democratic Party of Iran. Kamal Ahmal Nejad has already served more than four years in prison.

On Saturday, September 8th, the Iranian regime targeted Kurdish dissidents in Iraq in a missile attack that coincided with the executions of Kurdish political prisoners in Iran. The Revolutionary Guards fired a barrage of missiles upon the Kurdistan Democratic Party (KDP) site.

“The mullahs’ anti-human regime is hell-bent on stepping up the atmosphere of terror and repression to extinguish the Iranian people’s uprising through suppression, executions, bombardment and missile attacks. But it will take that wish to the grave.”

The MEK affirms the right of people of all political and religious affiliations to live without fear. The MEK and its Resistance Units are working with the Iranian people to topple the barbaric regime and end the climate of fear and intimidation that the mullahs have used for the past four decades to suppress the people.