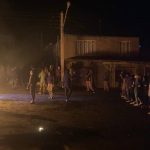 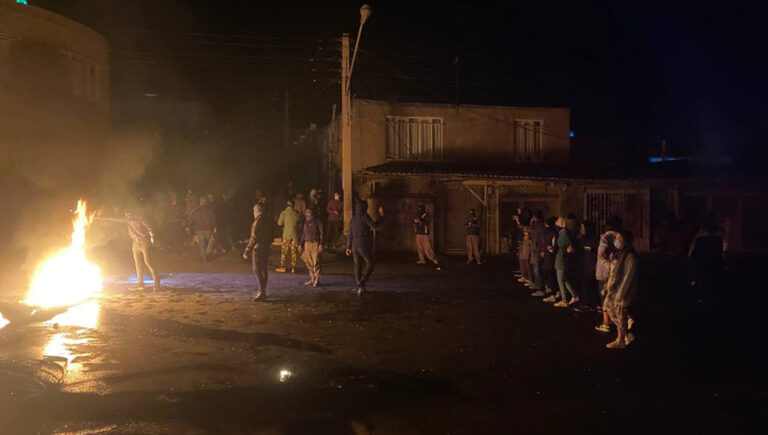 On Thursday, the 119th day of Iran’s nationwide uprising, protesters continued their anti-regime campaign, with a focus on night rallies.

Protests in Iran have reached at least 282 cities to date. According to sources in the Iranian opposition People’s Mojahedin of Iran (PMOI/MEK), the regime’s forces have killed over 750 people and arrested over 30,000. The names of 627 killed protesters have been released by the MEK.

According to social media reports, regime authorities stationed a large number of security forces outside Gohardasht (Rajaie-Shahr) Prison in Karaj, west of Tehran, in the early hours of Thursday morning. Activists believe this could have been in preparation for the execution of Mohammad Ghobadlou, a protester arrested during the ongoing revolution’s recent rallies.

Mohammad Broghani is another arrested protester on death row in Gohardasht Prison, and reports indicate that his execution has been temporarily halted. Ghobadlou and Broghani were sentenced to death after being tortured into coerced confessions and without due process, even under the regime’s own laws.

Parents and others gathered outside Gohardasht Prison in the early hours of Monday, January 9, to protest and prevent the mullahs’ regime from executing the two young men. In their rally, protesters began chanting anti-regime slogans such as “I will kill those who killed my brother!” and “This is the last message: another execution and more uprisings!”

To celebrate the new year, Iranian opposition President-elect Maryam Rajavi of the National Council of Resistance of Iran (NCRI) held an online meeting with French mayors, elected representatives, and personalities. In her remarks, she emphasized the need for the international community to support the Iranian people in their struggle for freedom.

“Despite the mullahs’ efforts to contain the uprising in recent months, the clock cannot be turned back,” Maryam Rajavi explained. “The uprisings have demonstrated that Iranians, whether under the Shah or the mullahs, despise dictatorship. The slogans of the people emphasize their opposition to both types of tyranny. As we have stated, rejection of the Shah’s and mullahs’ dictatorship is the foundation for cooperation among those seeking a democratic Iran,” she continued.

Gathering with French mayors, elected representatives & personalities, marking the new year in Auvers-sur-Oise
In spite of the mullahs' efforts to contain the uprising in recent months, the clock cannot be turned back.#IranRevolution pic.twitter.com/EUMOFVl9fa

“Iranians expect governments to cut ties with the mullahs. Europe must acknowledge the Iranian people’s struggle for regime change. Close Iran’s terror embassies in solidarity with the Iranian people and in condemnation of the torture and murder of Iranian youth,” she concluded.