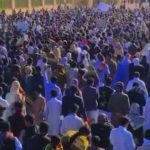 Written by Amineh Qaraee on December 6, 2022. Posted in NEWS 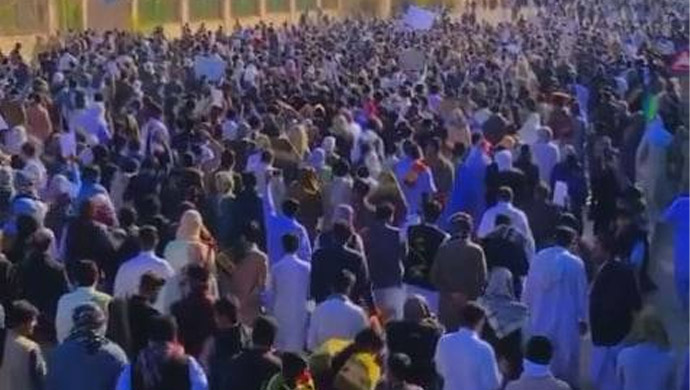 On Friday’s mass prayers, protesters took to the streets in various cities across Sistan and Baluchestan Province, chanting anti-regime slogans. Authorities are taking extensive security measures, such as flying military helicopters over cities such as Chabahar and increasing security patrols in Nokabad’s streets.

On Friday, the Iranian people continued their nationwide uprising for the 78th day, following the death of Mahsa Amini, a 22-year-old woman arrested by morality police in Tehran on September 13 for allegedly violating the country’s strict dress code for women. Protests erupted in response to the event, which has since spread to at least 277 cities. Over 680 people have been killed and more than 30,000 are arrested by the regime’s forces, according to sources of Iranian opposition People’s Mojahedin of Iran (PMOI/MEK). The names of 555 killed protesters have been published by the MEK.

Following today’s mass prayers, protesters took to the streets in various cities across Sistan and Baluchestan Province, chanting anti-regime slogans. Authorities are taking extensive security measures, such as flying military helicopters over cities such as Chabahar and increasing security patrols in Nokabad’s streets.

Concurrent with these rallies, truck drivers across the country and across various industrial sectors are on strike, dealing a significant blow to the mullahs’ control of the country’s economy. The regime’s ruling officials are concerned about the potential for social unrest as people from all walks of life raise their demands.

There were also large protests in Zahedan, where a large crowd gathered and chanted anti-regime slogans such as “Death to Khamenei!” “The dictator must go!” Protesters also expressed solidarity with the people of Iran’s Kurdish regions, which have been brutally suppressed by the regime in recent weeks, chanting, “Kurds and Baluch are brothers, they despise the supreme leader.”

A large crowd gathered in Arak to mark the 40th anniversary of the murder of Sina Malayeri, one of the hundreds of civilians killed by security forces during the nationwide protests. Protesters chanted anti-regime slogans during the ceremony, which turned into an anti-regime protest.

On the third day since the murder of Mehran Samak by security forces, people in Bandar Anzali held a protest rally. Samak was among the millions of Iranians who celebrated the Iranian regime’s World Cup loss to the United States on Tuesday. Security forces shot him in the head simply for honking his car’s horn.

People across Iran are calling for a three-day nationwide campaign of escalating protests to mark the country’s Students Day on December 7. The increase in anti-regime protests is set to begin on December 5 and aims to deal another blow to the mullahs’ regime as a whole.

Iranian opposition President-elect Maryam Rajavi of the National Council of Resistance of Iran (NCRI), has once again called on the United Nations to expel the mullahs from all of its institutions, stating that this regime has no place among other members of the international community.

“Once again, I urge the United Nations, UN Women, and Lachezara Stoeva, President of the UN Economic and Social Council (UN ECOSOC), and members to immediately expel the misogynist clerical regime from the UN Commission on the Status of Women for its countless crimes against women from 1979 and its continuation today in Iran’s protests,” she explained.

The mullahs’ regime is the enemy of Iranian women & humanity; a disgrace to Iran’s history
It must be ousted from every international seat it occupies under the name of #Iran
Mullahs don't represent Iran as seen while Iranians celebrated the defeat of the regime's football team