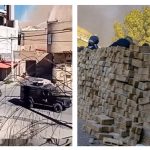 Iranian uprising enters its 69th day, with protests in support of Kurdistan

Written by Mohsen Aboutalebi on November 25, 2022. Posted in NEWS 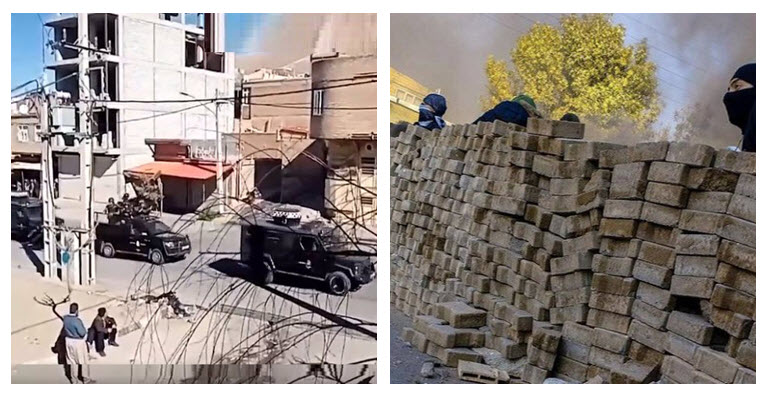 On Wednesday, the 69th day of the Iranian uprising, people in many cities across the country continued anti-regime protests and chanted slogans in solidarity with their compatriots in the country’s Kurdish cities, particularly Javanrud and Piranshahr.

Brave locals are continuing the trend of using Molotov cocktails to target Basij paramilitary forces affiliated with the regime’s Islamic Revolutionary Guards Corps (IRGC), offices of representatives of regime Supreme Leader Ali Khamenei, offices of members of the regime’s Majlis (parliament) who supported a recent call to execute all arrested protesters, and other state-affiliated buildings. Protests in Iran have now spread to at least 250 cities. According to sources from the Iranian opposition People’s Mojahedin of Iran (PMOI/MEK), the regime’s forces have killed over 640 people and arrested over 30,000. The MEK has released the names of 516 protesters who were killed.

On Wednesday morning, merchants and store owners across the country continued their general strike in protest of the regime’s atrocities. Among the cities affected were Javanrud, Piranshahr, Bukan, Kamyaran, Urmia, Saqqez, Oshnavieh, Salas-e Babajani, and Ahvaz. On the same day, people were seen chanting “Death to the dictator!” in Tehran’s famous Great Bazaar.

Kurdistan University professors and students are boycotting classes today to protest the regime’s bloody crackdown on Kurdish cities. Workers at the South Aluminium Corporation in the south-central Iranian city of Lamerd and workers at the Bahman Diesel Company in Qazvin went on strike on Wednesday. Students at Amir Kabir University and others in Tehran boycotted classes in protest of the authorities’ arrest of a large number of their classmates.

People in Mashhad began chanting anti-regime slogans at the funeral of Javad Asadzadeh, a local killed recently by the regime’s security forces. Security forces retaliated by opening fire on the protesters.

President-elect of the Iranian opposition coalition NCRI, Maryam Rajavi, spoke to members of the Canadian Parliament online in which she emphasized how the protests in Iran are intensifying despite the regime’s harsh crackdown.

“Iran is on the brink of a major change. The slogan of ‘Death to the oppressor, be it the Shah or the mullahs’ and other similar slogans have become part of the revolutionary culture in Iran. The Iranian people’s uprising did not foment overnight. It is rooted in 43 years of repression. Women are at the forefront of this uprising because they have been under double oppression; deprived of all their fundamental rights.”

“Iranians want a democratic republic based on popular vote, with separation of religion and state where no one is favored based on religion or ethnicity. The mullahs aim to create the illusion that there’s no democratic alternative and that their overthrow will create havoc in Iran and the region. A nationwide resistance and a democratic alternative exist in Iran. The NCRI is a coalition of different political forces promoting unity for regime change and the establishment of democracy. It is the longest-standing political coalition in Iran’s modern history,” she emphasized.