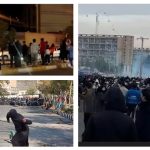 Iran’s uprising continues for 55 days in a row

Written by Mohsen Aboutalebi on November 11, 2022. Posted in NEWS 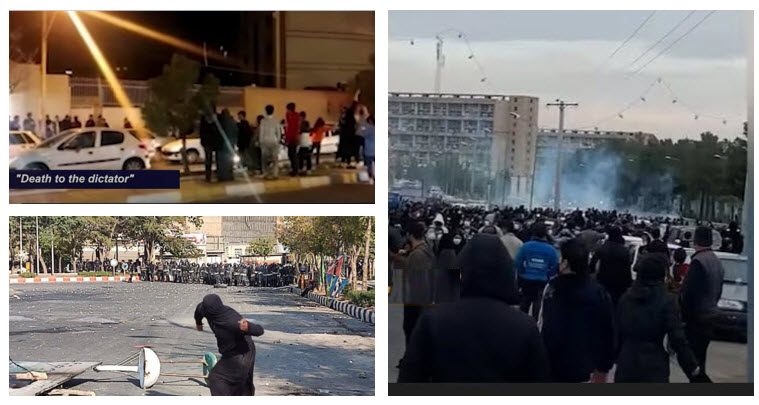 On Tuesday, protesters took to the streets in Sanandaj after dark and set up roadblocks with fires to prevent security forces from entering the site, chanting anti-regime slogans such as “Death to Khamenei!” “The dictator must go!” “Death to Basij members!” and “Death to IRGC members!”

On Wednesday, the Iranian people continued their nationwide uprising for the 55th day, following the death of Mahsa Amini, a 22-year-old woman arrested by morality police in Tehran on September 13 for allegedly violating the country’s strict dress code for women. In response to the event, protests erupted in at least 218 cities. According to People’s Mojahedin of Iran (PMOI/MEK) sources, the regime’s forces have killed over 550 people and arrested over 30,000. The names of 375 protesters killed have been released by the MEK.

Merchants and store owners in numerous Kurdish cities renewed their general strike in solidarity with the Iranian people’s nationwide uprising and in protest of the regime’s brutal crackdown throughout the country, particularly against the Baluchi community in Sistan & Baluchestan Province in southeast Iran.

November 9 – Sanandaj, western #Iran
Locals continuing the nationwide protests against the regime on the 55th day of the uprising.#IranRevolution2022#آزادی_آزادی_آزادیpic.twitter.com/d88HAZdPvJ

Students at Tehran’s Students of University of Science and Culture and Amir Kabir University marched in memory of the victims of Zahedan’s “Bloody Friday,” which is now on its 40th day. On September 30, the regime’s security forces opened fire on civilians holding peaceful protest rallies after Friday prayers in Zahedan. The massacre killed over 100 people, including several children.

According to reports from Isfahan, workers and employees at the city’s famous Isfahan steel mill, once the largest in the Middle East, went on strike on Tuesday. Furthermore, 37 Pars oil and gas platforms in various parts of southern Iran went on strike.

Locals in Marivan gathered at the grave of Nasrin Qaderi, a protester killed recently by the regime’s oppressive security forces, and turned the ceremony into an anti-regime rally, chanting anti-mullah slogans.

People in Zahedan, the capital of Sistan & Baluchestan Province in southeast Iran, reported a general strike, with store owners closing their doors. This strike was held in solidarity with the ongoing Iranian uprising and in response to the regime’s massacres in this city on September 30 and in Khash last Friday. Today, a similar strike was reported in Tabriz, a major economic zone in northwest Iran.

Iranian opposition NCRI President-elect Maryam Rajavi praised the brave citizens of Marivan and Isfahan steel mill workers. “The brave people of Marivan paid homage to their beloved daughter, Nasrin Qaderi, chanting ‘Death to Khamenei.’ The people of Iran are determined to end the mullahs’ rule at the cost of their lives. No power on earth can break their resolve for change and freedom. the relentless nature of the ongoing protests and revolution in Iran,” she said.

The strike of Isfahan’s Steel Mill workers and student protests in different universities are the mullahs’ nightmare. Students of Allameh University cried out, “A united Allameh will never surrender even if it had to go through a sea of blood.”#IranRevolution #Iran pic.twitter.com/7CpdDziJCy

“The mullahs’ nightmare is the strike by Isfahan steel mill workers and student protests at various universities. Students at Allameh University cried out, ‘A united Allameh will never surrender, even if it means crossing a sea of blood,'” the NCRI President-elect emphasized.