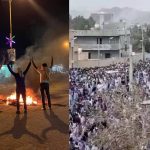 Iran: Mass Protests in Zahedan, Other Cities on the 50th Day of Nationwide Uprising

Written by Amineh Qaraee on November 5, 2022. Posted in NEWS 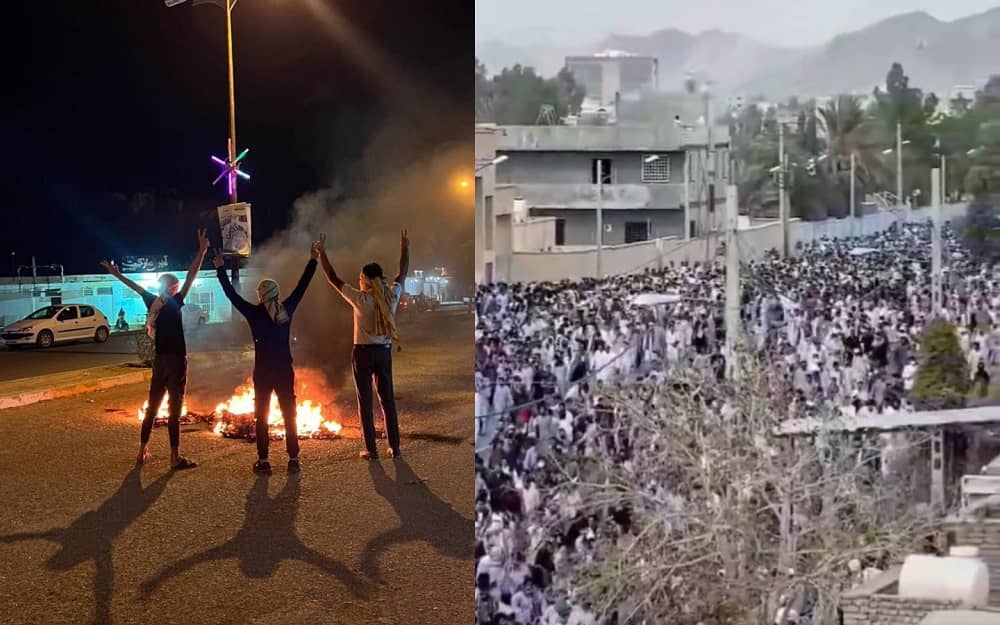 In Zahedan, thousands of demonstrators took to the streets chanting, “No fear of tanks and guns, Khamenei must get lost,”

In Zahedan, thousands of demonstrators took to the streets chanting, “No fear of tanks and guns, Khamenei must get lost,” “This year is a year of sacrifice, Seyyed Ali (Khamenei) will be overthrown,” “Death to the principle of Velayat al-Faqih (absolute rule of clergy)” and “Death to Basiji” and set fire to a State Security Force (SSF) vehicle.

Zahedan, southeast #Iran
Locals are seen pushing back the regime's security units and forcing them to flee.#IranRevolution2022#آزادی_آزادی_آزادی pic.twitter.com/ebSG93KVuD

In Saravan, a large crowd marched towards government centers while chanting “Allah Akbar, death to the dictator” and clashing with the suppressive forces. The suppressive forces opened fire on the protesters. Demonstrations were also held in Rask and Soran. In Iranshahr, protesters were chanting, “From Zahedan to Kurdistan, we give our lives for Iran.” A number of demonstrators were injured in other cities of the province.

In the “Rezvan Garden” of Isfahan, a large crowd participated in a memorial ceremony to mark the 40th day of the martyrdom of Shirin Alizadeh. They chanted, “For every fallen person, one thousand rise.” Suppressive forces had blocked the entrance to Rezvan Garden since morning, but they could not prevent the ceremony. They threw sound grenades and opened fire into the crowd with pellet guns. In Charbagh Street of Isfahan, people took to the streets and demonstrated. 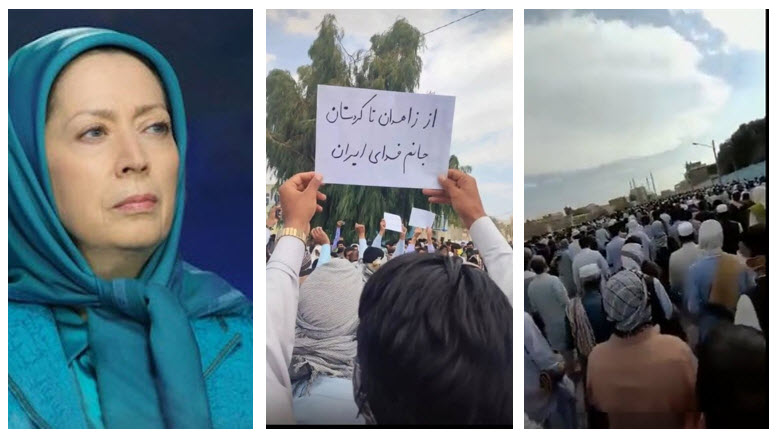 Mrs. Maryam Rajavi, the President-elect of the NCRI saluted the Baluchi martyrs whose blood was shed for freedom by Iran’s fiercest enemies and saluted the brave Baluch compatriots in Zahedan, Saravan, Soran, Rask, and Khash. She urged all youths to rush to the aid of the wounded and those who suffered in the attack in Khash.