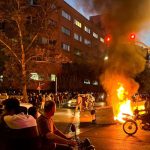 A month into the Iranian uprising, the MEK reports 400 deaths and 20,000 arrests 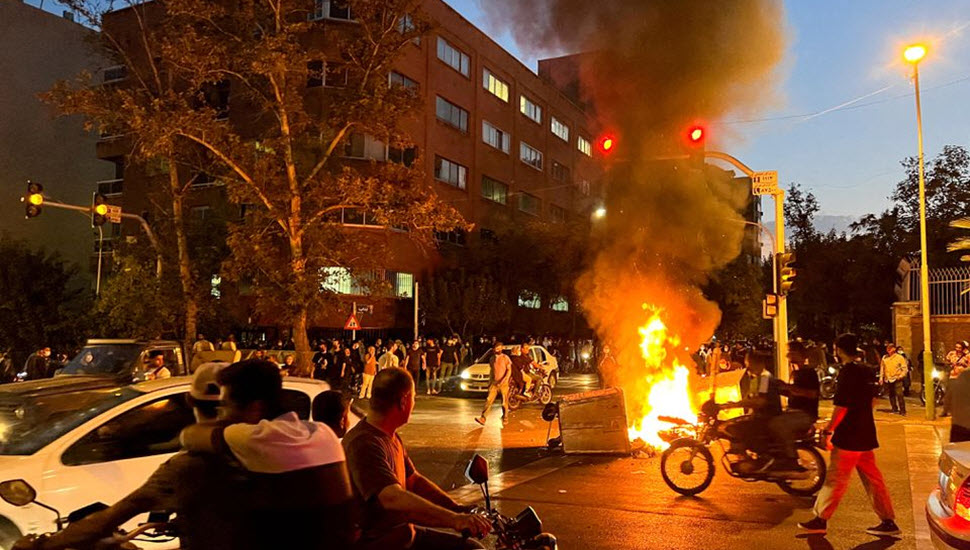 According to the MEK’s own reports on the current situation, the death toll after one month of continuous unrest is around 400.

Amnesty International (AI) released a report on Iran’s ongoing protests on Thursday, revealing that at least 23 minors have been killed in the clerical regime’s crackdown on nationwide dissent.

According to the report, this accounts for 16% of the 144 fatalities confirmed by the human rights organization thus far. However, AI acknowledged that the lack of reliable information from Iran makes it almost certain that the true death toll, among both adults and children, is significantly higher.

Since the current uprising began about a month ago, Iranian authorities have made concerted efforts to restrict civilian internet access, thereby impeding both organizing efforts and the dissemination of information about the uprising. These efforts, however, have been thwarted by dramatic increases in the use of virtual private networks and other technical workarounds for government-imposed restrictions. Furthermore, the People’s Mojahedin of Iran (PMOI/MEK), continues to collect and disseminate information.

The security forces in Iran have killed at least 23 children.

According to the MEK’s own reports on the current situation, the death toll after one month of continuous unrest is around 400. The National Council of Resistance of Iran (NCRI), the MEK’s parent coalition, noted that “dozens” of juveniles were among the dead. “Their pictures, with innocent faces, circulate on social media, reflecting the pain inflicted on Iranians by the regime,” the coalition wrote on its website.

According to the NCRI, the death toll among minors had already reached double digits on September 30, a date remembered by an increasing number of Iranian citizens and activists as “Bloody Friday,” when agents of the Islamic Revolutionary Guard Corps opened fire on a crowd of protesters in Zahedan, the capital of Sistan and Baluchistan Province, killing up to 90 people.

Over 400 people killed and more than 20,000 arrested by the regime's forces. The PMOI/MEK has published the names of 241 killed protesters.#IranRevoIution2022#اوین#آزادی_آزادی_آزادی pic.twitter.com/b5F7ORACam

A high proportion of deaths among juveniles

The disproportionately high proportion of deaths among juveniles on Bloody Friday reflects the prominent youth presence in the current protests in general. This characteristic was particularly noticeable in the first two weeks of October, following the start of the Iranian school year.

The pre-existing uprising was expanded not only to all 45 major Iranian universities, but also to girls’ high schools, where young women were recorded removing their mandatory head coverings, defacing, or denouncing images of the regime’s Supreme Leader Ali Khamenei.

However, it has recently been reported that the authorities have taken stronger measures to silence student dissent. This is concerning in and of itself, but it is made even more so by the fact that so many teenagers have already been killed by those same security forces, some of whom were killed in raids in private homes.

NCRI Statement #IranProtests2022 No. 66
Iran: Political Prisoners’ Families Rally in Front of Evin Prison on the 33rd Day of the Nationwide Uprisinghttps://t.co/0F01TxKVcd

Iranians’ right to revolt against the regime

The NCRI cited the case of Nima Shafaghdoust, a 16-year-old boy who was injured during protests in Urmia but managed to flee to his home, only to be attacked by security forces and taken to an unknown location where he died. His death was reminiscent of the case of Mahsa Amini, the 22-year-old Kurdish woman whose death at the hands of Tehran’s “morality police” sparked the uprising on September 17.

Tehran presumably hopes to keep such killings out of the public eye, but the international community appears to be more invested in the current uprising than others. Nonetheless, the NCRI has expressed dissatisfaction with the lack of concrete support or public statements affirming Iranians’ rights to revolt against the regime. “Anything less,” the coalition wrote, “would only allow the regime to continue its killing spree of innocent people, particularly children who yearn to change their future.”

The west needs to reconsider all relations with the murderous Iranian regime.
EU's adoption of new sanctions against the clerical regime was a positive step forward but not enough#Time4FirmIranPolicy pic.twitter.com/Y1fM6YOLdL