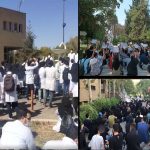 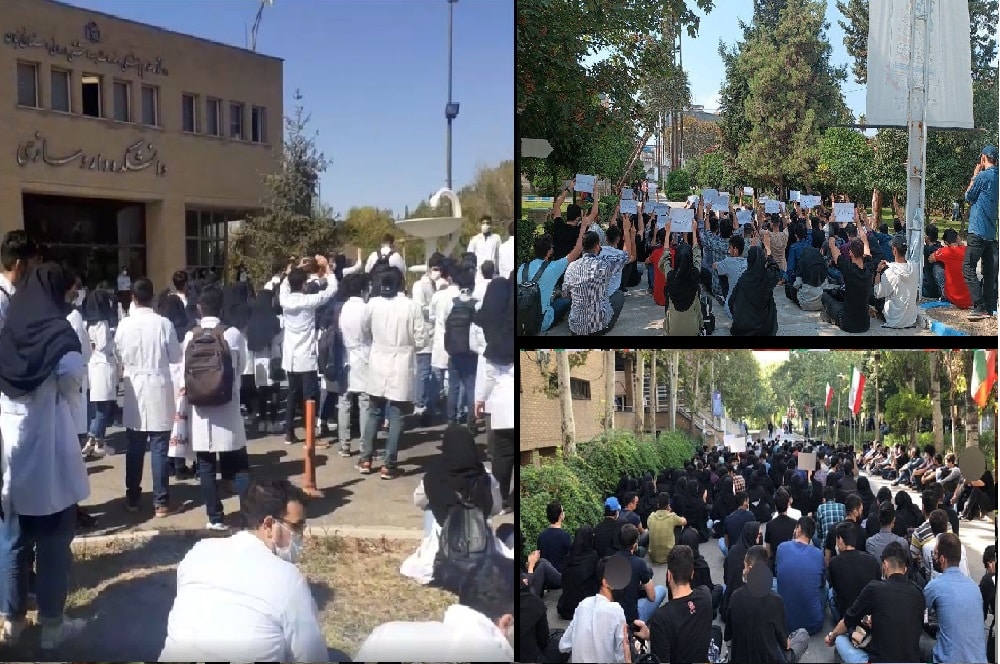 Students launch major protest rallies on campus and many into the streets to join the nationwide protests with anti-regime slogans such as “Death to Khamenei!”

Iran’s uprising entered its 21st day on Thursday, with people taking to the streets in large protests alongside an expanding general strike movement. According to information gathered by the People’s Mojahedin of Iran (PMOI/MEK) network across Iran, more than 172 cities across all 31 provinces have reported anti-regime protests from September into October, and the regime’s security forces have killed at least 400 protesters and arrested more than 20,000 across the country to date.

On Sunday, protests resumed at several universities. Dozens of universities across Iran saw students launch major protest rallies on campus and many into the streets to join the nationwide protests with anti-regime slogans such as “Death to Khamenei!”

This is the call of the Iranian people “death to Khamenei” pic.twitter.com/04adqQ1TPQ

According to additional reports from university protests, security forces have brutally cracked down on the rallies, beating and arresting students. Several videos show security forces in Tehran attacking unarmed students and surrounding them in confined spaces.

Throughout the night, the situation at Sharif University remained tense. To quell the protests, the regime has dispatched a large contingent of security forces, who are using tear gas and bullets. According to reports, many students were injured and arrested. Other students gathered outside the campus and demanded that the security forces open the gates and release the students who were trapped inside.

Students played a key role in shaping recent nationwide protests and continue to hold daily rallies despite the regime’s arrest of many students.

Following the death of Mahsa Amini, these protests began. A 22-year-old woman from Saqqez in Kurdistan Province, western Iran, was arrested by the regime’s so-called “Guidance Patrol” on Tuesday, September 13, at the entry of the Haqqani Highway and transferred to the “Moral Security” agency.

The security forces severely beat Amini and due to the severity of her injuries, she passed away on Friday, September 16. Protests erupted soon after in several cities, including Tehran and Saqqez, and have continued and grown since then.

Throughout the day on Saturday, youths and women have taken the initiative, with hit-and-run clashes and small protests erupting in many parts of each city, leaving the regime’s authorities unable to cope with the scale of the protests. According to local sources, the regime’s forces massacred more than 100 people in Zahedan on Friday, resulting in escalating protests against the regime as Iranians are outraged at the killing of their fellow citizens.

Many people around the world took to the streets on Saturday to support the Iranian people’s ongoing protests and nationwide uprisings. Thousands of freedom-loving Iranians and supporters of the Iranian opposition marched and held vigils in Stockholm, Berlin, Paris, Toronto, Washington, and San Francisco to show their support for their brave compatriots and to honor those who have given their lives for freedom in Iran in recent protests.

Maryam Rajavi, President-elect of the Iranian opposition National Council of Resistance of Iran (NCRI), praised the Iranian people’s ongoing uprising while condemning the mullahs’ bloody crackdown on the people’s just demands. “I salute the Bazaar merchants who went on strike in support of the uprising… They are working with other sectors of Iranian society to replace the religious dictatorship with democracy and people’s sovereignty,” she added.

On the 20th night of #IranProtests the courageous youths have risen up in Tehran, Kermanshah, Saqqez, Isfahan, Kerman, Mashhad, Qom, Jolfa, Nurabad Mamasani, etc. with chants of “Death to Khamenei” and clashed with security forces. People are resolved for #IranRevolution2022 pic.twitter.com/2wmHN4yfQy