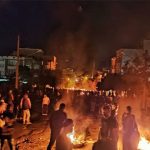 Iran’s Nationwide Protests are Now in their 30th Day

Written by Amineh Qaraee on October 15, 2022. Posted in NEWS 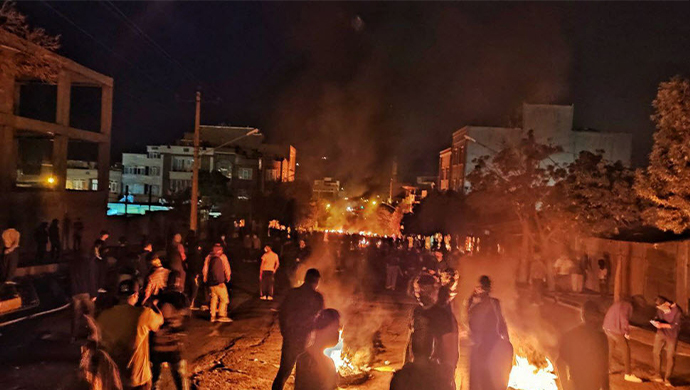 Despite this, people in various cities held protest rallies and found ways to send images and videos outside of Iran.

Saturday marks the 30th day of Iran’s nationwide uprising against the mullahs’ rule, despite the regime’s harsh crackdown on protesters and ordinary citizens in cities across the country.

Activists in numerous cities and towns in Iran’s Kurdish provinces, including Sanandaj, Saqqez, Baneh, Marivan, Sarpol Zahab, and others, have observed local storeowners on strike in support of courageous protesters defying the regime’s rule. A similar strike by storeowners was reported in Mashhad, Iran’s second-largest city in the northeast.

Following the death of Mahsa Amini, these protests began. The 22-year-old woman from the Kurdistan Province city of Saqqez was brutally beaten by morality police and died of her injuries in a Tehran hospital on September 16. The incident sparked widespread protests across Iran, reigniting the people’s desire to destabilize the regime.

Despite this, people in various cities held protest rallies and found ways to send images and videos outside of Iran.

Protesters in Isfahan called for the overthrow of Iran’s mullahs’ regime. On Wednesday, protests erupted in Mashhad, particularly in the Kowthar district. Protesters chanted “Death to the dictator!” as security forces fired tear gas at them. Protesters resisted anti-riot forces in several districts of Tehran. Security forces opened fire on protesters in Valiasr, and on Ferdows Blvd, protesters chanted, “This is the year [Khamenei] is overthrown!” Protesters in Arak chanted anti-regime slogans all day. They held more rallies at night and set fire to a regime propaganda billboard.

Workers at the famous Abadan Refinery, one of the largest such facilities in the Middle East, went on strike early Tuesday morning, according to reports from Abadan in southwest Iran. This is a continuation of reports from Monday’s strike by workers at a major petrochemical site in the southern Iranian city of Asaluyeh, Bushehr Province. Workers at the South Kaveh Steel Company in Bandar Abbas, also in southern Iran, demonstrated in support of the ongoing nationwide uprising on Tuesday.

Activists in several cities reported intense clashes Tuesday night as protesters confronted the regime’s oppressive security forces. The cities of Qom, Yazdanshahr, Borazjan, Saqqez, and Sanandaj were included. In addition to Baneh, Divandarreh, and others, there were reports of clashes during the day that continued after sunset in some of these cities.

Iranian opposition President-elect Maryam Rajavi of the National Council of Resistance of Iran (NCRI), praised Iran’s courageous protesters, particularly those in Sanandaj, as well as the brave workers at the Abadan Refinery. “The courageous men and women of Sanandaj are defying the IRGC guards. I implore everyone to come to their aid. Oppressors are doomed to fail in the face of your determination. The world must condemn the atrocities in Sanandaj, Zahedan, and throughout Iran, and hold the regime’s leaders accountable,” she tweeted.

United, as never before, the various sectors of Iranian society are today fighting for freedom throughout the country. Women, men, young and old, with chants of death to Khamenei line up against the evil regime. They promise the free, democratic #Iran of tomorrow.#IranProtests pic.twitter.com/gl7OLYHLDW