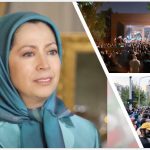 Written by Esmail Mohades on October 8, 2022. Posted in NEWS 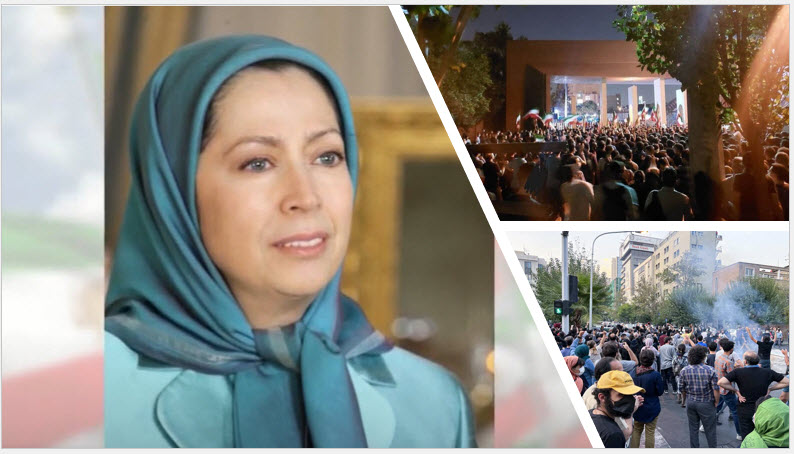 There have been demonstrations against the mullahs’ brutality and calls for their overthrow in more than 170 cities throughout the country’s 31 provinces.

When word of the tragic death of a 22-year-old girl in Tehran spread, Iran’s restless nation was once again brought to the attention of the world.

Mahsa Amini was a victim of Tehran’s brutal morality police. She was from Saqqez, a town in northwest Iran, and belonged to the Kurdish ethnic minority. She was brutally beaten by morality police and died of her injuries on September 16 in a Tehran hospital. The incident sparked widespread protests across Iran, reigniting the people’s desire to depose the regime.

October 8 marks the 23rd day of the nationwide uprising. There have been demonstrations against the mullahs’ brutality and calls for their overthrow in more than 170 cities throughout the country’s 31 provinces. According to the Iranian opposition People’s Mojahedin of Iran (PMOI/MEK), over 400 people have been killed by the regime’s security forces, and at least 20,000 people have been imprisoned nationwide, many of whose whereabouts are unknown. Families of these prisoners have repeatedly gathered outside the prisons run by the regime to demand the release of their loved ones, but each time the regime has responded violently.

October 8 – Gohardasht, west of Tehran, #Iran
Locals continuing the nationwide protests against the regime on the 23rd day of the uprising.#IranRevolution2022 #مهسا_امینی #نیکا_شاکرمی pic.twitter.com/3RpTiAsc7Z

Students from universities across Iran demonstrated on Sunday in support of the ongoing nationwide uprising against the mullahs’ regime. The majority of these protests took place at Tehran’s Sharif University of Technology, where protests by students took place during the day and security forces from the regime surrounded the campus at night.

Security personnel used pellet rounds to shoot at crowds trying to leave the campus. According to reports, many people were arrested and taken to Evin Prison. On the other hand, the students stood their ground and put-up brave resistance.

Students in Shiraz chanted, “This is the year of blood, and Khamenei will be overthrown,” “shameless” referring to the regime’s security forces and officials, and “Basiji must get lost,” referring to the regime’s infamous paramilitary Basij forces, which are responsible for surveillance and spying on people supporting the security forces in order to arrest the active protesters.

Younger people in the nation, primarily high school students, have been particularly active in recent protests. Students in several Tehran schools demonstrated and chanted “Death to the dictator.” The words “I will kill whoever killed my sister,” “the imprisoned student must be released,” and “death to the Basij” were chanted by students in Karaj.

“Don’t fear, we are united,” and “Death to the dictator” were chanted by schoolgirls in Saqqez. Some of them were detained during their protest, which they held in the public spaces in front of the university. Students in Marivan joined this protest and took to the streets to demonstrate. People honked their horns in support of them.

Schoolgirls in Mashhad demonstrated and chanted, “The mullahs must get lost.”

The regime’s brutal response to the protests has thus far been widely denounced internationally.

In a tweet, Mrs. Maryam Rajavi, the president-elect of the National Council of Resistance of Iran (NCRI), supported the people’s ongoing uprising while condemning the mullahs’ bloody crackdown on the Iranian people’s just demands. “I salute the Bazaar merchants who stopped work in support of the uprising. With other sectors of Iranian society, they seek to replace the religious dictatorship with democracy and people’s sovereignty,” she added.