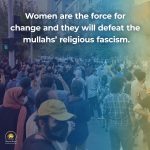 Written by Amineh Qaraee on October 13, 2022. Posted in NEWS 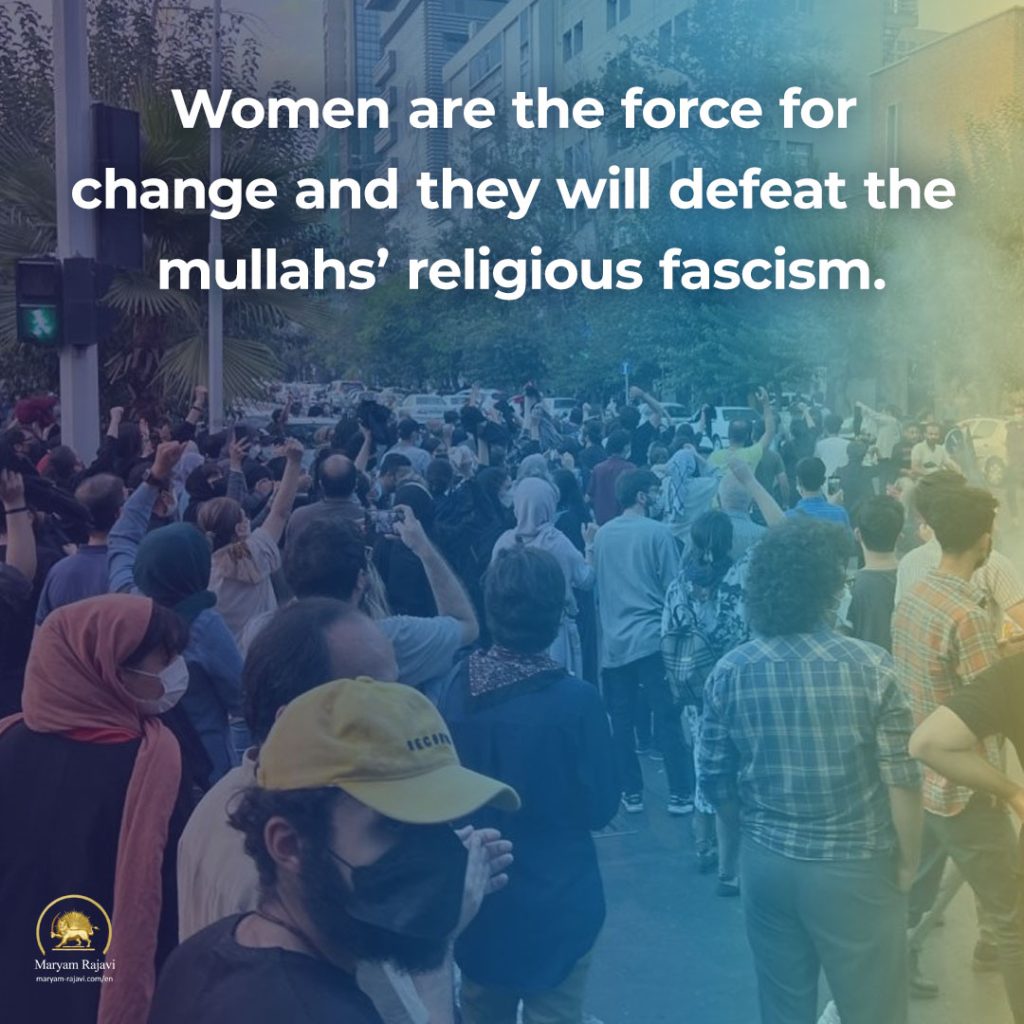 Iranian women are indeed the force for change.

The NCRI Women’s Committee issued a statement on October 10, 2022, denouncing the clerical regime’s misogynist oppression and the ongoing crackdown that aims to deny the Iranian people the freedom of expression and the right to protest. They emphasized the pivotal role played by the courageous Iranian women who have led the way in the most recent protests.

Iran’s 31 provinces and 177 cities are currently experiencing protests. The People’s Mojahedin of Iran (PMOI/MEK) claims that the regime has so far killed 400 civilians and detained 20,000 more.

Millions of Iranians hold the regime responsible for their socioeconomic problems, and as a result, many observers think Iran is about to experience a revolution. People are constantly chanting slogans like “death to the dictator,” which are directed at the entire regime.

#Iran protests continue for 27 days in a row, with more sectors joining the protest movement and with brave Iranian women leading the way.

The following is an extract from the statement:

“The uprising in Iran sparked on September 16 by the death of an innocent young woman at the hands of the so-called “morality police” has spread to more than 170 cities in all 31 provinces across Iran. The protesters have been chanting, “Death to the dictator,” and “death to Khamenei.”

“As of October 1, at least 400 demonstrators have been killed, countless others have been injured, and over 20,000 arrested. However, no amount of brutality has contained people’s protests and cries.

“In all these scenes of courage and bravery, the world admired the inspiring and leading role of Iranian women who have been at the forefront of all protests. Standing up to the Revolutionary Guards and their snipers and repelling them with bare hands. Fearless women, run agile in all directions, and inspire others to not fear, advance, and charge at the repressive forces.

“Iranian women are indeed the force for change. For over four decades, they have borne the brunt of oppression under the mullahs’ rule, and yet they have resisted the mullahs’ coercions with all their might.

“Tens of thousands of young women and girls of the opposition PMOI/MEK and other groups were executed by the clerical regime in the 1980s, for opposing the mullahs’ tyranny and oppression and for refusing to renounce their beliefs in freedom and equality. Thousands of women were among the 30,000 political prisoners massacred in the summer of 1988. More women were killed during the uprisings in 1999, 2009, and 2019. 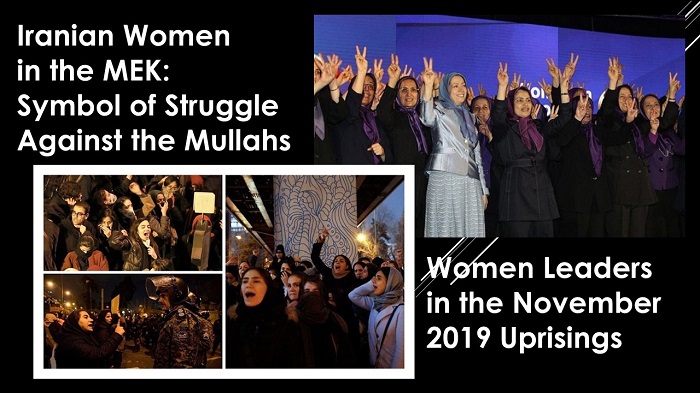 Iranian women are indeed the force for change. For over four decades, they have borne the brunt of oppression under the mullahs.

“Iranian women have paid the price of freedom with their lives. On June 20, 1995, the National Council of Resistance of Iran (NCRI) President-elect Maryam Rajavi told the mullahs, “You have used all possible forms of humiliation, oppression, repression, torture, and murder against Iranian women. But be sure you will receive the fatal blow from those you never count. Be sure that your oppressive rule will be swept away by Iran’s conscious and free women.”

“Today, after 44 years, the sacrifice of Iranian women has proven decisive in leading the protests to bring about change. In their final leap to freedom, the brave women of Iran need the support of their sisters from around the world.

The mullahs will not find a way out through repression, terrorism, and conspiracies. The uprisings in #Iran, the courageous Resistance Units, and the Army of Freedom hold the key to victory and freedom. No doubt, they will end the clerical regime’s rule.#IranProtests2022 pic.twitter.com/TnkeRSebwT