Written by Amineh Qaraee on January 2, 2022. Posted in NEWS

The regime in Tehran must be held accountable for treating women as second-class citizens” and for mistreating and murdering, its opponents.

The Iranian regime’s violence against women is one of its most defining qualities. Iran’s rule, which is dominated by fundamentalist clerics, has turned the country into a nightmare for women who are subjected to all kinds of oppression. Their antiquated rules have resulted in one of the world’s worst misogynistic environments. The dictatorship has been able to carry out any type of repression against women by making the hijab compulsory for women. As a result of the regime’s policies, women are treated as second-class citizens, with just half the rights of men.

There is no precise figure for the number of honour killings

Two girls were shot dead by their family members in a village in the province of  Baluchestan just a few days ago in a new case. Locals discovered the death of two girls near a road, according to a video posted on social media. The regime’s state-run media verified the storey, claiming that their actions were motivated by their families’ dissatisfaction with their running away from home for several days. The women were 17 and 18 years old, according to Hamshahri Online.

There is no precise figure for the number of honour killings committed in Iran. According to the state-run news agency ISNA, between 375 and 450 honour killings occur in Iran each year, with honour killings accounting for around 20% of all homicides and 50% of family homicides. 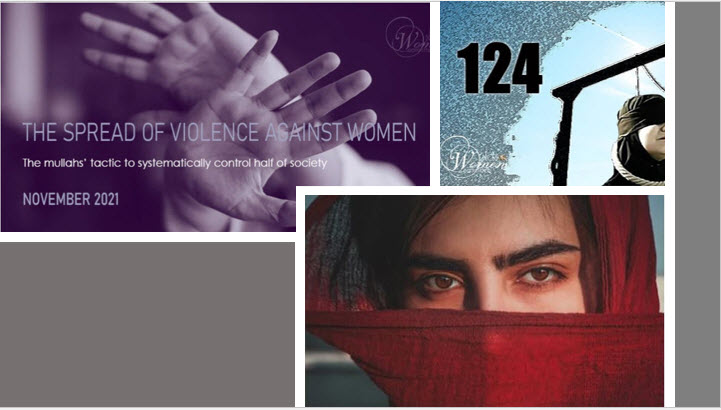 The regime’s state-run media verified the storey of two young women, claiming that their actions were motivated by their families’ dissatisfaction.

Women are not independent individuals of fathers, grandfathers, brothers, uncles, and wives, according to Iranian civil law, and are generally held by the men of the family, which is a very solid basis for murder and violence against women in general. In other words, all types of violence, including its most extreme form, murder, have indirect legal authorization.

In a bizarre event on December 28, in Maryam Town, a group of women were doing their morning exercise. It was then that a masked man, hid behind the bushes and sprayed acid on them before fleeing. As a result of this criminal act, one of the women was sent to the hospital with acid-related injuries. 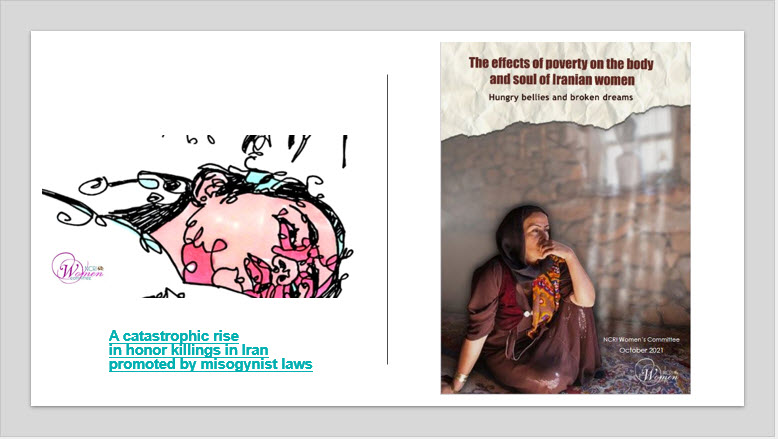 All types of violence, including its most extreme form, murder, have indirect legal authorization.

Preventing the women tombstones without hijab

Another peculiar occurrence is the regime’s refusal to allow citizens to erect tombstones for women who do not wear the hijab. The director of Behesht-e Zahra, Saeed Ghazanfari, has stated that placing photos of women without a hijab on their graves is prohibited and that Behesht-e Zahra authorities are “preventing the installation of tombstones without hijab and unconventional images.”

“To prevent the installation of unusual and (women) without hijab images on tombstones, all protocols are presented to the person at the deceased’s burial and approval is taken, but later people may install such tombstones,” wrote the state-run Fars news agency, on December 27.

The pioneering role of Iranian women in the November 2019 uprising.