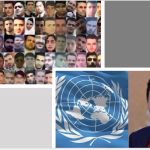 Iran: Raisi’s attendance at the UNGA77 violates the fundamental principles of human rights

Written by Amineh Qaraee on September 3, 2022. Posted in NEWS 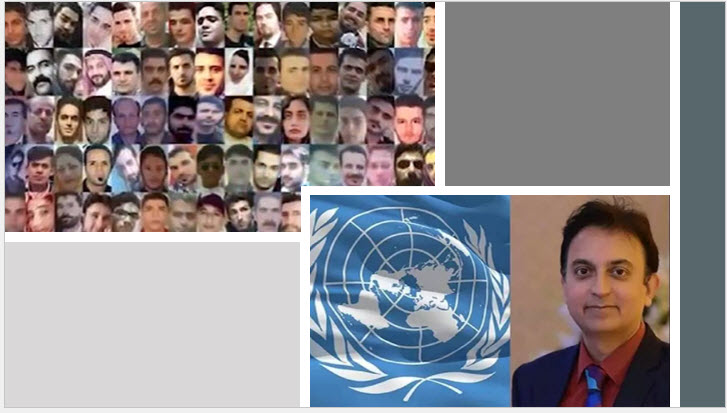 Javaid Rehman, a UN expert on human rights in Iran, called for an independent investigation into the 1988 Massacre, a government-ordered execution of thousands of political prisoners.

Amnesty International declared in a statement on June 19, 2021, that Ebrahim Raisi, the regime’s current president, should be looked into for possible crimes against humanity committed during the 1988 Massacre of political prisoners. On June 29, 2021, Javaid Rehman, a UN expert on human rights in Iran, called for an independent investigation into the 1988 Massacre, a government-ordered execution of thousands of political prisoners, as well as the role of the current regime’s president, known as the “Butcher of Tehran.”

Leading former UN judges and investigators urged UN human rights chief Michelle Bachelet to look into the 1988 massacre, including Ebrahim Raisi’s involvement, on January 27, 2022. About 460 people signed the letter that was sent to President Bachelet.

Now, in August 2022, survivors of the 1988 massacre file a lawsuit against Raisi in New York City. The lawsuit was submitted last week in federal court on behalf of three individuals—two who were tortured in 1988, and one whose brother was put to death. 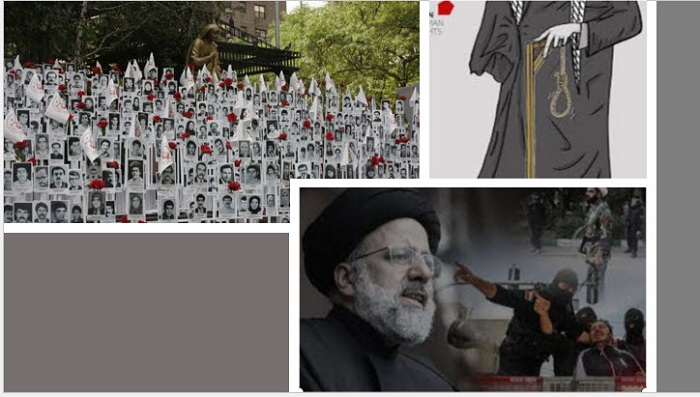 Raisi served as Tehran’s deputy prosecutor at the time and was a member of the notorious death commissions, which were responsible for ordering the execution of political prisoners after one-day trials even though the majority of them had already served their sentences.

Members of the Iranian Resistance, the National Council of Resistance of Iran (NCRI), announced a federal lawsuit against Raisi in a press conference on August 25, 2022, calling him “A mass murderer who has no place at the upcoming United Nations 77th general assembly.”

“In the summer of 1988, Raisi and his cohorts literally decided who would live and who would die, and as many as 30,000 people were taken out to be executed, to be hanged sometimes in groups as large as twelve after hearings,” said Mr. Steven M. Schneebaum, Counsel for the Plaintiffs.

The lawsuit’s biggest challenge is the issue of immunity, which should be used to block Raisi’s entry into the US. Mr. Schneebaum thinks that the way the regime is governed makes it easier for him to question whether he should be granted immunity because he is one of the “heads of state.”The new provisions limit some protections to diplomats from countries that have ratified the Vienna Convention on Diplomatic Relations or to those who have been granted privileges and protections by the president of the United States. 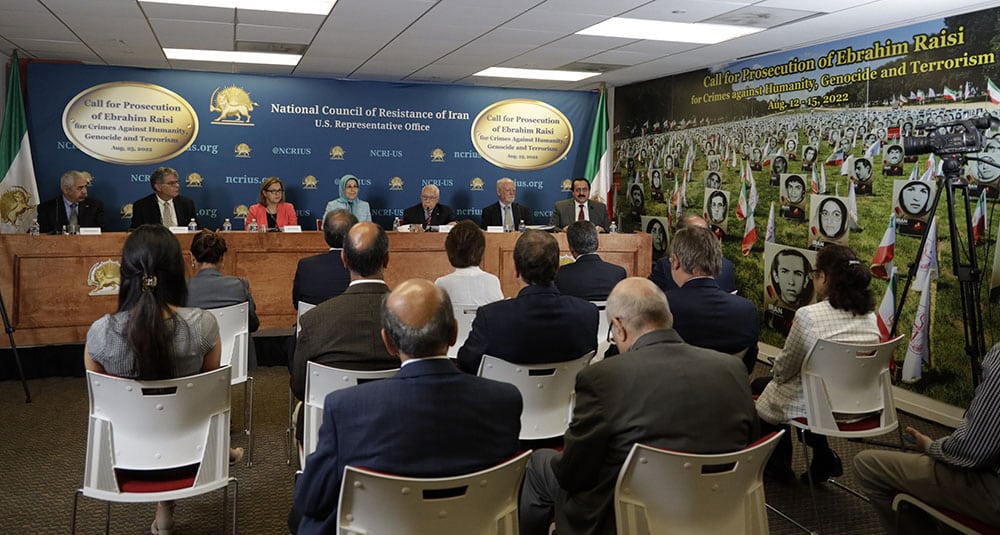 Mr. Schneebaum believes he can use these factors to prevent Raisi from entering US territory, owing to the fact that he is not the regime’s ‘head of state,’ and the “US government has, generally speaking, honored the absolute immunity of and this is the important term heads of state.”

“It is anticipated that if Raisi comes to the United States, he would be subject to the jurisdiction of United States courts and could be served with the complaint in this case, which presents claims under two federal laws  the Torture Victim Protection Act and the Alien Tort Statute.”Finally, he added: “Diplomatic immunity does not mean impunity.”