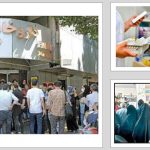 Iran’s Pharmaceutical industry is on the verge of collapse

Written by Esmail Mohades on July 1, 2022. Posted in NEWS 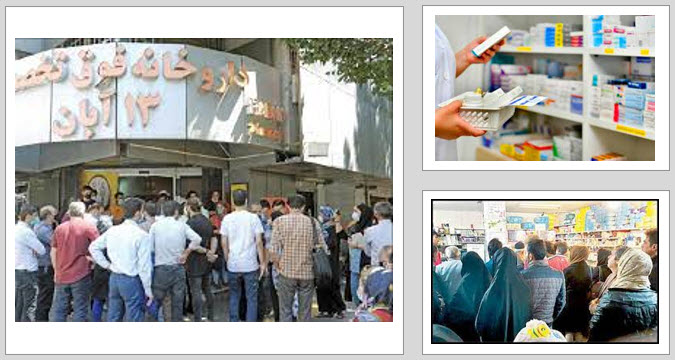 “Every time we share news about scientific breakthroughs with the Iranian hemophilia community, hemophilia patients ask when these drugs will be available.

Patients with rare and critical diseases in Iran are directly affected by a dire medicine supply situation. With rampant inflation and the spread of poverty, the majority of the population is unable to obtain medicine, and many are forced to sell most of their possessions in order to obtain these medications. On June 5, the former director of the Hemophilia Center revealed the regime’s disastrous medicine policy in an interview with the state-run Mehr news agency.

The medicine ‘Hamlibra,’ which should be injected once a month, had been on the international pharmaceutical market for many years but had never been added to the country’s drug list.”

He continued, “The thalassemia community of the country has been suffering for years from this unreasonable support of domestic production, and they are following their protests on the streets,” referring to the country’s monopoly on domestic medicine and drugs.

The country’s drug industry has become a source of corruption for the regime, primarily regulated by people chosen through nepotism. And as a result of this business, drug smuggling has flourished in the country led by these people.

It was discovered that world-renowned vaccines deliberately banned by the regime’s supreme leader Ali Khamenei were so widely available in the drug trafficking market that it was ridiculous to deny the involvement of government officials in the regime’s massacre of the people with the help of the coronavirus.

For the Iranian people, this is a never-ending story filled with bitterness and human losses. Even during the recent devastating earthquakes and floods, tents donated by other countries were sold on Naser Khosrow’s famous smuggle market.

In the most recent example, the state-run newspaper Jahan-e Sanat, in an article titled ‘Stone Age Anesthesia’ on June 20, 2020, revealed the crisis of anesthetic medicine shortage and reported that, despite the scarcity of these drugs in public hospitals, all high-quality drugs are available at multiple prices at the Naser Khosrow market.

For years, reports of drug trafficking from Iran have circulated in the media. According to the Fars state news agency, the number of drugs smuggled out of Iran has surpassed the country’s official export rate. On September 21, 2020, the Fars news agency confirmed this. The IRIB then confirmed it on March 29, 2022

Previously, the state-run news agency Mehr reported on October 14, 2021, that a member of the board of directors of the Syndicate of Owners of the Iranian Human Drug Industries announced the sale of Iranian drugs smuggled in Africa at one-third of the world price during a press conference. He also admitted that 10 to 20% of the country’s medicine is smuggled. 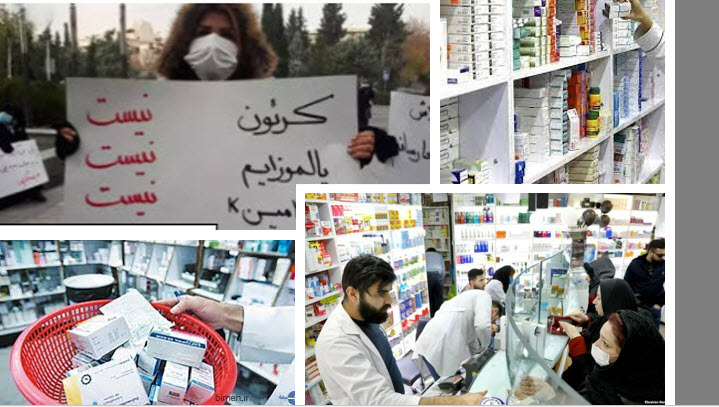 “Unfortunately, all drugs that exist in the public sector enter the black market through relationships,” the chairman of the board of directors of the Tehran Private Hospitals Association admitted in an interview with Jahan-e-Sanat on June 20, 2022.

On June 19, the state-run Jahan-e-Sanat newspaper, under the headline ‘The last breaths of the pharmaceutical industry,’ examined Ebrahim Raisi’s government’s ‘economic masterpieces,’ as well as the effects of rising inflation and drug production costs on this industry.

It’s impressive that the Chairman of the Syndicate of Pharmaceutical Manufacturers asked pharmacy students to fight corruption and nepotism in the industry. He stated at the Gathering of Pharmacy Students on March 12, 2022:

“You are the engine of development, the starting point, and the savior of this country; you must block the path to rent-seeking and mafia, and you must fight the illiterates who, through influence, have monopolized the healthy flow of this industry and directed it to their own and their children’s profits.” 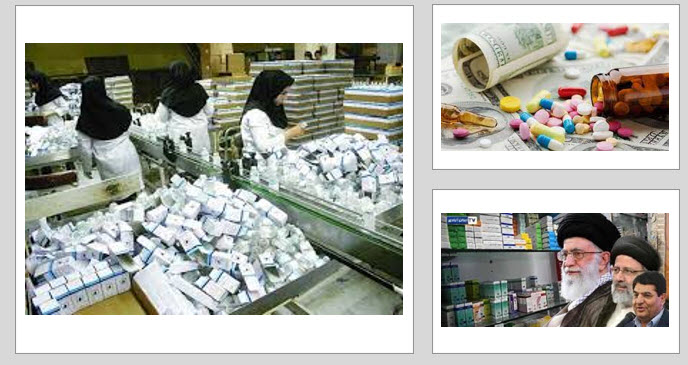 The only thing he has forgotten is that Iran has the world’s highest rate of brain drain. And how can students help the country fight corruption and improve development if the regime is suppressing them in any way?