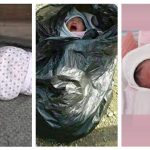 Written by Mohsen Aboutalebi on June 18, 2022. Posted in NEWS 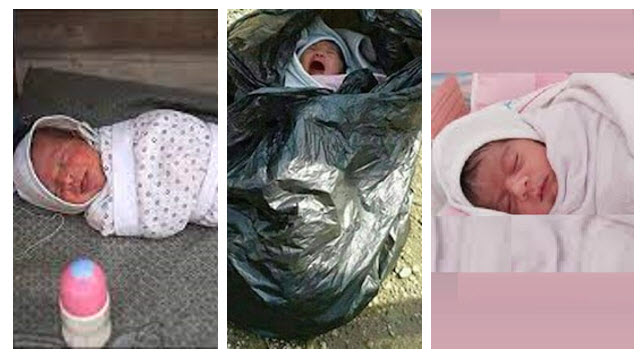 Iran’s state media reported on May 28, that over 5,000 newborn babies had been discovered across the country in less than ten days.

Hundreds of heart-breaking videos of newborn infants abandoned on the streets in plastic bags in a dozen Iranian cities have recently circulated on social media. These babies were later transferred to local hospitals, but their fate is unknown. Iran’s state media reported on May 28, that over 5,000 newborn babies had been discovered across the country in less than ten days. This tragedy occurred during the approval and promotion of the so-called “Youth Population Plan” by the Iranian regime.

“The plan has not facilitated youth marriage and does not improve the people’s quality of life because the authorities must create welfare for the people in order to encourage marriage and childbearing.” There are no real financial incentives for having children, and those who try to have children in the hopes of receiving these benefits end up paying for their child’s birth and upbringing. At the end of the day, they try to abort their babies or abandon them on the street,” an Iranian pathologist, Mohammad Reza Mahboubfar, was quoted as saying by the state-run Roydad-e 24 website.

By approving this plan, authorities have increased the rate of abortion, according to Mahboubfar. Rather than providing a safe environment for abortion, they prosecute mothers who choose to do so legally. As a result, many Iranian women attempt illegal abortions, putting their health at risk. 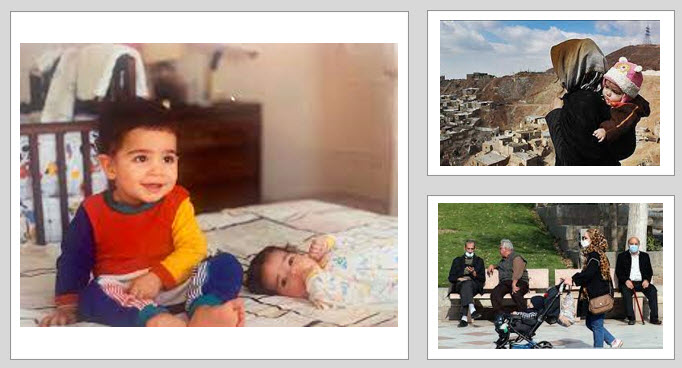 Many people believe Ernest Hemingway’s famous phrase “For sale: baby shoes, never worn” is the shortest and saddest story. However, many advertisements on Iranian walls of parents selling their unborn children are deeply hurtful to any human being.

Thousands of ads of people selling their unborn child or body parts are plastered across the country’s walls, a result of the country’s bad governance and corrupt regime. Iran’s state media acknowledged some facts about this tragedy in December 2021, revealing the grim face of poverty in Iran.

On December 18, 2021, the state-run Tabnak website quoted Habibollah Massoudi, Deputy of Social Affairs of the Welfare Organization, as saying, “Over the past six months, we have seen an increase in infant sales across the country.”Many Iranian women pre-sell their unborn children for as little as 1,000,000 rials ($3), according to Massoudi.”A short advertisement in Tehran struck me like lightning six months ago: ‘We are selling our unborn boy.’ In a tragic story published in 2015, the state-run Jam-e Jam website acknowledged, “I called the number and reached a young couple who had auctioned their 5-month-old fetus.”

The parents were finally able to sell their priceless baby for 50,000,000 rials, or about $152, according to this report. “We had high hopes of starting a family, but we were unable to do so. We attempted every job but were unsuccessful. “We didn’t want to ruin our son’s life,” the parents explained to a Jam-e Jam reporter.

Thousands of ads of people selling their unborn child or body parts are plastered across the country’s walls, a result of the country’s bad governance and corrupt regime.

Pictures circulated on social media in April 2022 of Zahra Moshir, the wife of Iranian regime parliament speaker Mohammad Bagher Qalibaf, and two other companions, identified as his daughter Maryam Qalibaf and her husband Mohammad Reza Bahiraei, returning from Turkey. They arrived in Tehran with 19 pieces of luggage, including a large and costly cargo of baby supplies for their unborn child. This news sparked widespread outrage, with online users dubbing it “baby stuff-gate.”

This was not the last, but certainly not the least, an instance of news about regime officials’ relatives living opulent lives. On the internet, there are pictures of Iran’s top officials’ children driving expensive cars or wearing expensive clothes and jewelry. 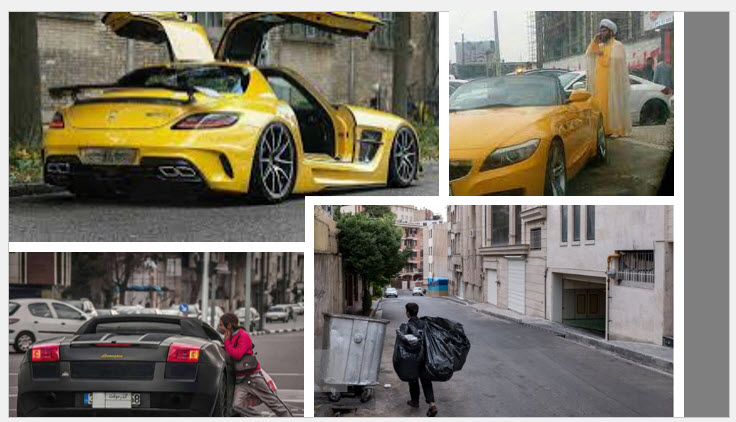 Iranians are facing a severe financial crisis as a result of the regime’s corruption, ineptness, and mismanagement.

Iranians are facing a severe financial crisis as a result of the regime’s corruption, ineptness, and mismanagement. Inflation is hovering around 40%, millions are unemployed, children rummage through trash cans for food, women turn to prostitution for a living, and some people sell their body parts or unborn babies to “stay alive.”People from all walks of life are protesting across the country, revealing another side of Iran’s poor but brave people. When protesters chant slogans about regime officials, they loudly and clearly point to the source of their problems.