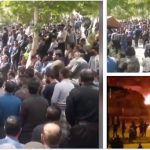 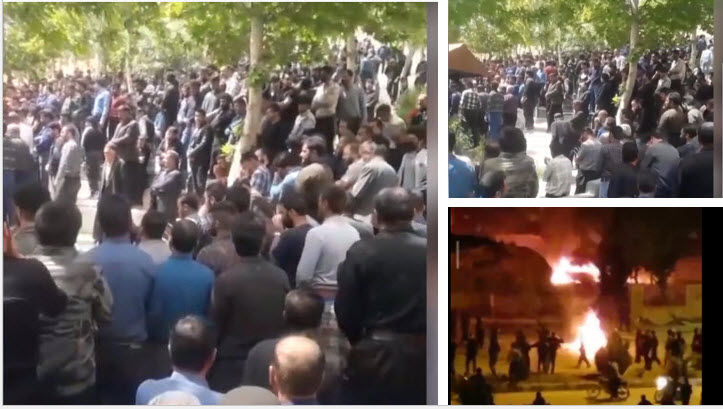 A volatile society, and a desperate regime that fires bullets and tear gas at people seeking food and water.

In Iran, food prices are rising, as are protests across the country. The Iranian opposition has obtained videos that confirm the country’s escalating unrest. Iranian streets have become flashpoints for demonstrations since the November 2019 uprising.However, the recent protests in various cities are the most visible manifestation of an economy in shambles, a volatile society, and a desperate regime that fires bullets and tear gas at people seeking food and water.

However, it would be chauvinistic to claim that Iran’s protests are solely motivated by economic concerns. Iran’s society has become a powder keg as a result of the regime’s decades of oppression.The current situation in Iran has alarmed regime officials and state media, who are warning of an uprising, intimidating people, demonizing the opposition [People’s Mojahedin of Iran (PMOI/MEK)], and only partially acknowledging the country’s economic woes.”One cannot sit idly by or believe that silence and denial will solve problems,” the state-run Jahan-e Sanat daily admitted on May 14.

“Three different presidents have overseen Iran’s economy. We are currently experiencing the highest rate of inflation in recent years. Iran has no capitalist, communist, or Islamic economy. One of the regime’s top clerics, Mohammad Taghi Fazel Meiboadi, admitted on Friday that it is based on plunder and looting.

“Iran’s economy needs to recover from this situation, so surgery is required,” Mohammad Baqer Mohammadi Laini, the Supreme Leader’s representative in Sari, northern Iran, said during his Friday prayer sermon. However, some initial tensions, fuelled primarily by enemies both inside and outside the country, may cause issues. To be successful, we must assist this government and this plan, which has the support of all three branches of government as well as the Supreme Leader.” 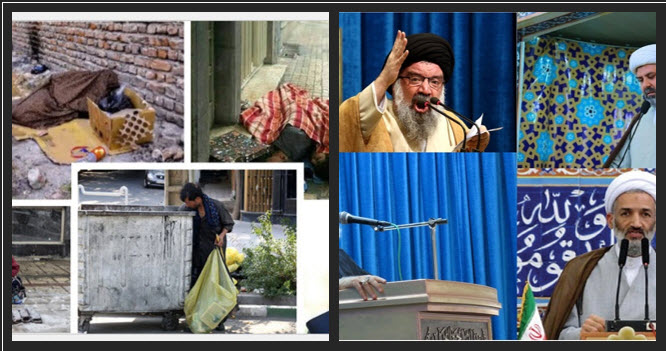 One of the regime’s top clerics, Mohammad Taghi Fazel Meiboadi, admitted on Friday that the poverty  and financial crisise in Iran  is based on plunder and looting.

“Some rioters from outside and inside the country want to take advantage of this opportunity,” Laini added, blasting the MEK, Iran’s main opposition.”They want to repeat the street rioting of 2009 and 2019.” People should be cautious about following them. People must fight alongside security forces against these elements.”

“By sharing video clips and messages, you are implicit in replication and sharing; you are ruining minds,” the Supreme Leader’s representative said, warning that sharing the MEK’s messages and footage would have consequences. So, when you get negative video clips on your phone or smartphone… when you get these negative messages from the enemies and hypocrites (the regime’s derogatory term for the MEK), you should either stop reading them or, if you do, you should not send them to others!” 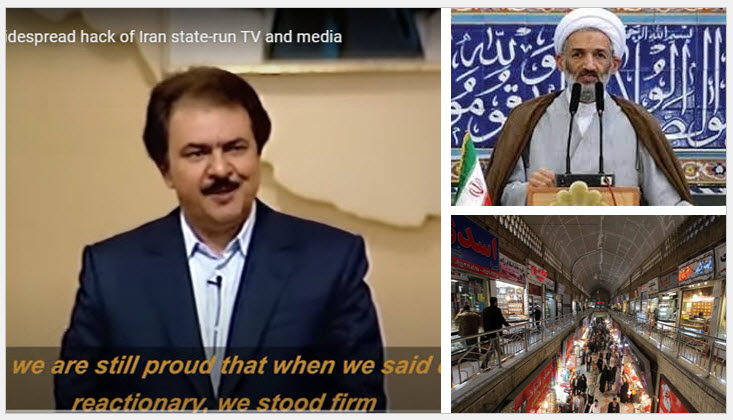 “The MEK had a strong network, and I dealt with that. But we arrested many of them. We should help one another. The enemy [MEK] tries to instigate riots. We shall overcome this crisis together. But you shouldn’t listen to the enemy!” Yusef Tabatabienejad, Khamenei’s representative in Isfahan, said on Friday, as quoted by Iran’s state TV.

“We must be cautious. The [MEK] is active on social media and is willing to provoke people. They’re trying to stir up trouble by spreading false information that people are starving,” said Ahmadreza Shahrokhi, the Friday prayer leader in Khoramabad.

The regime’s overused tactics and denial of undeniable facts are no longer effective. Furthermore, the regime’s failure to quell a looming uprising, much larger than the one that rocked the regime to its core in 2019, is demonstrated by the rapid spread of protests across the country.

With the ongoing protests in Iran and the role of organized opposition, it is safe to say that Iran’s ruling theocracy can no longer find a port in the storm.