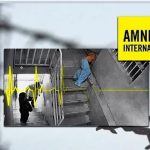 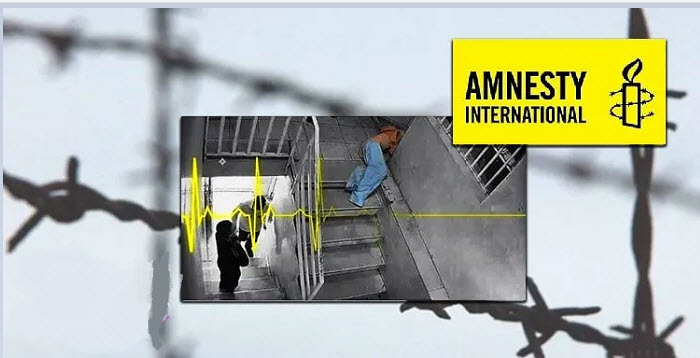 According to AI’s report, Iranian officials are committing shocking violations of the right to life by denying ailing prisoners lifesaving medical care and refusing to investigate and hold accountable those who die in custody.

On April 12, 2022, Amnesty International released a report accusing the Iranian government of committing shocking human rights violations in Iran. “In death’s waiting room: Deaths in custody in Iran’s prisons after deliberate denial of medical care” examines the circumstances surrounding the deaths in custody of 92 men and four women in 30 prisons across 18 provinces from January 2010 to the present.

The collective research is based on documents gathered by this international organization, including illustrative examples, long-standing findings into the deliberate denial of adequate medical care in Iranian prisons, and conducting thorough investigations into independent human rights groups’ and organizations’ reports.

“Deaths in custody as a result of deliberate denial of healthcare amount to arbitrary deprivation of life, which is a serious human rights violation under international law,” Diana Eltahawy added. 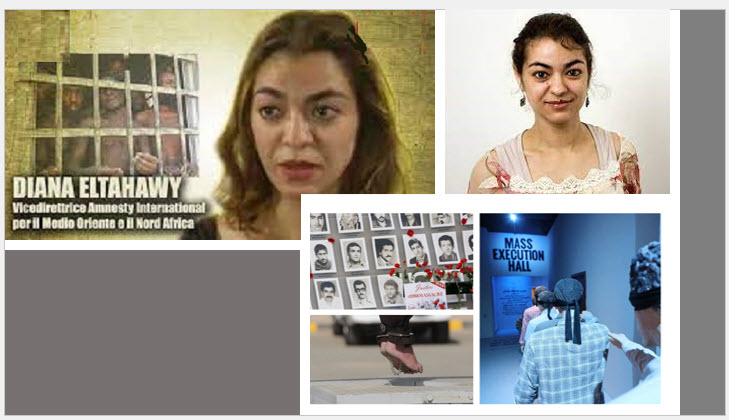 “Deaths in custody as a result of deliberate denial of healthcare amount to arbitrary Diana Eltahawy: deprivation of life, which is a serious human rights violation under international law,”

She also empathized that the death of a prisoner is considered an extrajudicial execution, which is an international crime if the person responsible intended to kill the prisoner or knew with a high degree of certainty that death would be the obvious consequence of their illegal acts but continued their behavior.

The 96 cases examined by Amnesty International are meant to be illustrative rather than exhaustive, as the actual number of deaths in custody due to a lack of medical care is likely much higher. Because of well-founded fears of retaliation and the authorities’ unrelenting repression of civil society and independent media, human rights violations in Iran frequently go unreported.

Deaths in custody involving credible reports of physical torture or the lethal use of firearms are not included in the list, which Amnesty International addressed in a separate statement in September 2021. Amnesty International has also documented the deaths that have resulted from prison authorities refusing to follow standard procedures or delaying the emergency transfer of prisoners with serious illnesses to the hospital.

Amnesty International has also documented how prison authorities have denied inmates access to adequate medical care while they are incarcerated. Denial of examinations and diagnostic tests, as well as regular check-ups and post-operative care, exacerbated previously sick prisoners’ health problems. They caused them even more pain and suffering. They were ultimately responsible for or contributed to their premature deaths.

Kurdish political prisoner Zeinab Jalalian is one of the female political prisoners who is currently denied medical treatment. In prison, she suffers from asthma, pterygium, thrush, and gastrointestinal discomfort, among other ailments. Zeinab’s medical treatment is conditional on her expressing regret, cooperating with the Ministry of Intelligence, and appearing in television interviews. She’s been in captivity since 2007, and she hasn’t had a single day off, not even for treatment.

Fatemeh Alizadeh, a 53-year-old Kermanshah woman, died in Urmia’s Central Prison in April 2020. A day before she died, she was in critical condition. Despite the fact that medical personnel had been informed, none of them responded.