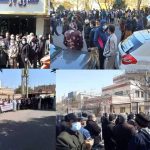 Written by Mohsen Aboutalebi on March 11, 2022. Posted in NEWS 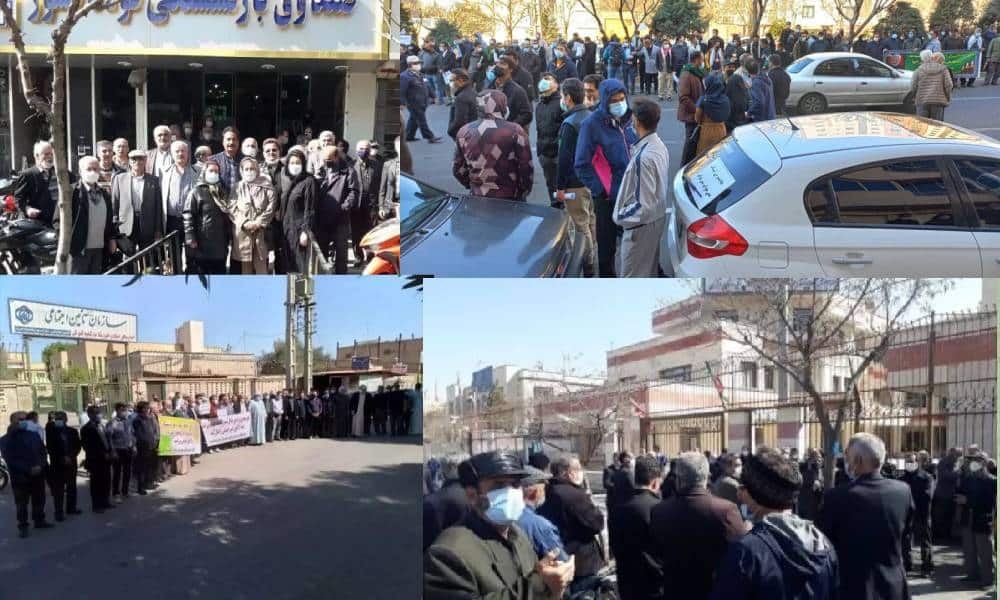 These demonstrations are being held in response to Iran’s economic troubles, which have become unbearable as a result of the regime’s corruption, ineptness, mismanagement of the mullahs’ regime.

According to reports compiled by Iran’s opposition, the People’s Mojahedin of Iran (PMOI/MEK), protests by people from all walks of life have spread across the country in recent days. These demonstrations are being held in response to Iran’s economic troubles, which have become unbearable as a result of the regime’s corruption, ineptness, mismanagement, and squandering of national wealth for its nefarious purposes. Private-sector healthcare workers in Tabriz, northwest Iran, staged a demonstration in front of the governorate on March 2 to demand their six-month delayed salaries.

Butchers in Boroujerd, Lorestan Province, western Iran, mounted a rally on the same day, denouncing the forensic office’s decision to delay meat deliveries and keep them in slaughterhouses for an additional 24 hours.

Defrauded creditors of the Badran Gostaran financial institution in Tehran staged another protest march on Wednesday. On the same day, creditors of the deceived Money King Currency Institution protested in Tehran, demanding their money. Because they are owned by regime officials, religious endowments, and the Revolutionary Guards, these institutions have been permitted to run Ponzi schemes with impunity for years. 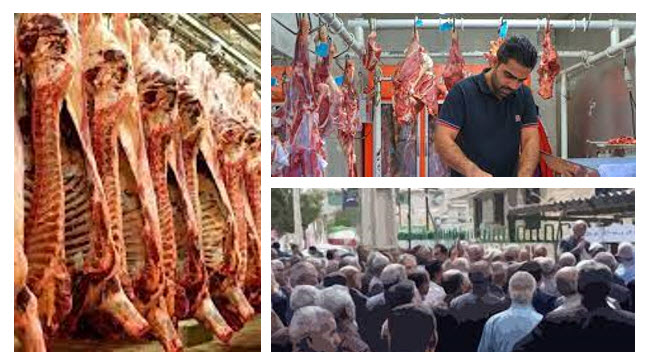 Regime officials, religious endowments, and the Revolutionary Guards, these institutions have been permitted to run Ponzi schemes with impunity for years.

The Pars Hafta Tappeh paper factory workers went on strike for the sixth day in a row on Wednesday. They gathered on the corporate grounds to demonstrate their dissatisfaction with the authorities’ unwillingness to respond to their demands.

Family members of the victims of the PS752 flight attended a rally in front of Ukraine’s embassy on Tuesday, expressing sympathy with the Ukrainian people and criticizing the occupying war. These demonstrators, who lost loved ones when the Iranian dictatorship shot down a Ukrainian passenger plane in 2020, emphasized that, unlike Iranian regime officials, they support the Ukrainian people. Thugs from the Iranian dictatorship attacked and brutalized the protesters. 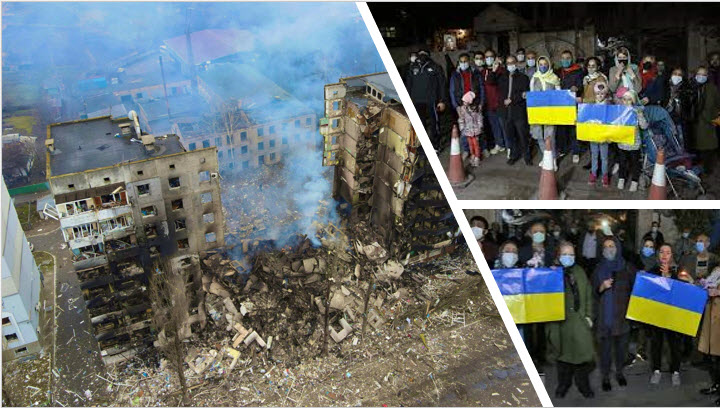 These demonstrators, who lost loved ones when the Iranian dictatorship shot down a Ukrainian passenger plane in 2020, emphasized that, unlike Iranian regime officials, they support the Ukrainian people.

Defrauded creditors of the Amitis Company staged a rally on Sunday to demand their stolen life savings. For four years, the Amitis Company swindled people out of their life savings with the promise of a one percent profit per day. Based on the current currency rate on the free market, this state-affiliated corporation has raised more than 25 quadrillion rials, or $950 million. Plundering creditors of the Negin Khodrow and Airthobia automobile factories staged a protest rally in front of Tehran’s so-called revolutionary court on the same day, urging officials to hold the companies’ officials accountable for plundering people’s money and failing to provide them with vehicles.

Locals in Baneh, Kurdistan region, held a protest rally on Sunday in response to the regime’s barbaric execution of a Kurdish person.

On Sunday, in a significant move, social security retirees organized a nationwide rally across the country for the second weekend in a row. Retirees and Social Security recipients have been protesting their inadequate income and pensions, which have not kept pace with rising prices and inflation. They also expressed dissatisfaction with their living conditions.

March 2 – Tehran, #Iran
Investors of the King Money institution rallying and demanding for their stolen money to be returned.#IranProtests #اعتراضات_سراسری pic.twitter.com/qzjZOnDo7D

Contract teachers in Tehran conducted a big gathering in front of the regime’s parliament at the same time that retirees across the country protested (Majlis). Teachers have been staging rallies in order to demand job security and equal compensation.

The ongoing protests in Iran are the most widespread expression of anger and society’s explosive state since the massive upheaval in 2019, which shook the regime’s foundations. The fury is directed not only at the regime’s president, Ebrahim Raisi, who has promised to revive the economy, but also at Ali Khamenei, the mullahs’ supreme commander.

Indeed, Raisi, often known as the “hanging judge,” was installed as the regime’s president in order to silence any voice of criticism, as evidenced by the escalating number of executions and attacks on nonviolent protestors.

However, as the state media has acknowledged, these acts have the opposite effect on society and enhance its volatility.

“In many cases, protesters have experienced violent measures instead of officials addressing their demands. According to experts, this has not only failed to quell protests but has instead heightened social criticism,” the state-run Hamdeli newspaper said on March 1.

March 2 – Tabriz, northwest #Iran
Staff members of medical centers rally outside the local governor's office demanding their paychecks that have been delayed for the past six months.#IranProtests #اعتراضات_سراسری pic.twitter.com/la3yYLSLYY