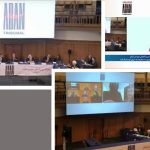 Written by Mohsen Aboutalebi on February 9, 2022. Posted in NEWS 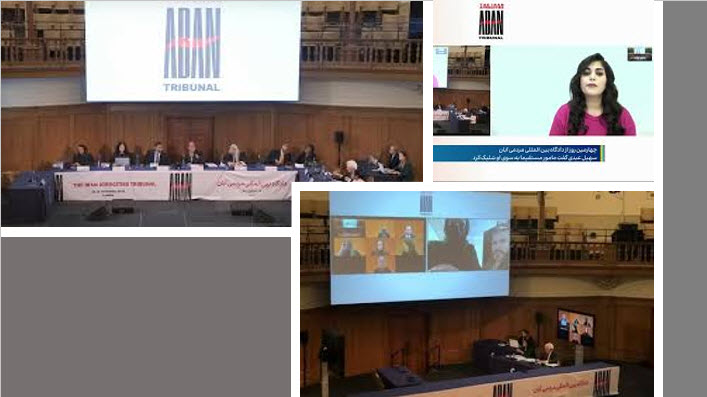 In testimony on the last day of the second round of hearings in the Aban Tribunal, a London-based unofficial court that is hearing from witnesses of atrocities committed by regime security forces during the November 2019 protests, a member of the Revolutionary Guards (IRGC) gave a harrowing account of atrocities committed by Iranian security forces.

Witness 600 identified himself as a senior Revolutionary Guards officer from Tehran, his voice changed to protect his identity. In the IRGC’s detention facilities, he took part in the arrest of protesters and observed the cruel interrogation and torture of citizens. According to the officer, IRGC personnel were ordered to be on high alert one week before the regime announced the sharp increase in gasoline prices.“They didn’t tell us about the gasoline [price hike].  They just advised us to expect riots and fighting. For years, the Revolutionary Guards have maintained their readiness… In 2019, however, the decisions were made so quickly that the units were taken off guard,” he stated. ”

They realized that if they told the units, their families would find out, and the story would spread, causing people to react, and they would be unable to [implement the price change]. This is why everything happened so fast.”The witness stated that security officers opened fire on unarmed and nonviolent protestors demanding basic necessities.”There was a group of people in front of us who were not armed, not even with knives.” He described them as “simply yelling slogans, unhappy about their livelihoods.” “They knew that with the tripling of gasoline prices, the price of goods would increase six- or seven-fold, and it would be backbreaking for them. 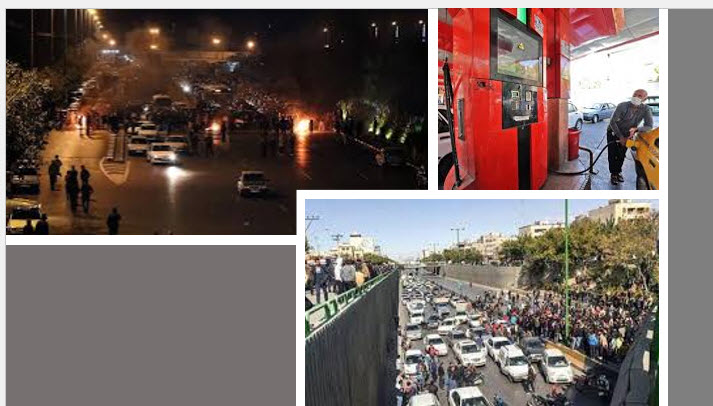 IRGC’s personnel were ordered to be on high alert one week before the regime announced the sharp increase in gasoline prices.

They gave the command to fire at will

They were a bunch of hungry people who were shouting that they wanted bread. There was no violence. They had blocked the roads. They were protesting. They turned off their cars, set fire on trash bins. The witness also stated that he never saw any armed demonstrators, nor did he see any reports claiming that armed protesters were arrested during the demonstrations. As the protests grew more violent, government officials ordered the demonstrations to be violently suppressed. The security forces were given carte blanche to do anything they wanted to put an end to the protests.

“The situation was really critical on the second or third day.” They gave the command to fire at will. “They told open fire anywhere you think it’s necessary,” the witness added. “The soldiers were told they may fire, arrest, question, and enter homes where suspects might have fled.” A warrant from the prosecutor’s office was not required. Confiscate vehicles, destroy cars, and do anything you can to put an end to the demonstrations.”In its rush to put down the protests, the regime disregarded even its own basic guns and ammunition protocol.”The military members provided no information on their firearm usage or the number of shots fired. They didn’t say where they shot or who they shot with their guns. He added, “It was easily overlooked.” 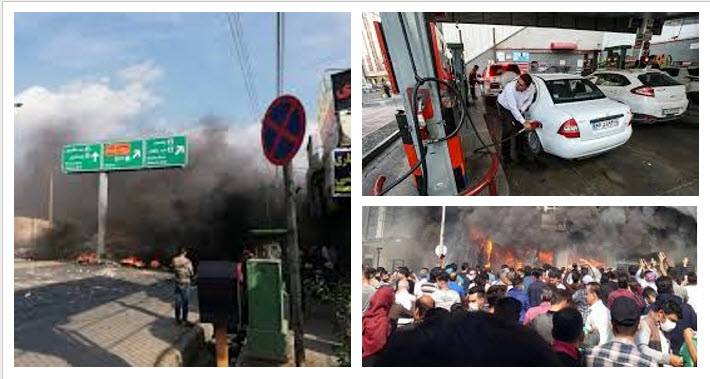 “The military members provided no information on their firearm usage or the number of shots fired. They didn’t say where they shot or who they shot with their guns.

Hundreds of witnesses were prepared to testify in the Aban Tribunal

The number of deaths and injuries increased as security personnel unleashed their savagery. According to this officer, there have been much more casualties and arrests than any government outlet have confirmed thus far.“The number of arrests was much more than the people think… Around 7,000-8,000 in Tehran alone. The number of casualties that I heard from my friends—who are credible sources, people who were working on these reports and showed the reports—on the seventh or eighth day, 427 people in Khuzestan alone. In Tehran, 417 or 420. Many people in Karaj.

17 in Boumehen. And these were only bodies that were in the custody of [the armed forces]. Some people took the bodies of their loved ones and buried them without telling anyone—we didn’t account for those,” he said. Hundreds of witnesses were prepared to testify in the Aban Tribunal. The court heard the testimony of 116 people in this round. The witnesses, which included demonstrators, relatives of killed civilians, hospital staff, former prisoners, and even security and jail officials, offered a devastating description of how the Iranian dictatorship violently suppressed the country’s largest national revolt since the 1979 revolution.

First, Iran’s society is a powder keg, a fact that the regime’s own media and analysts are warning about. In recent years, Iran has been in constant turmoil, with sporadic and nationwide protests taking place at shorter intervals.