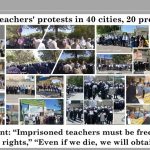 Written by Amineh Qaraee on November 3, 2021. Posted in NEWS 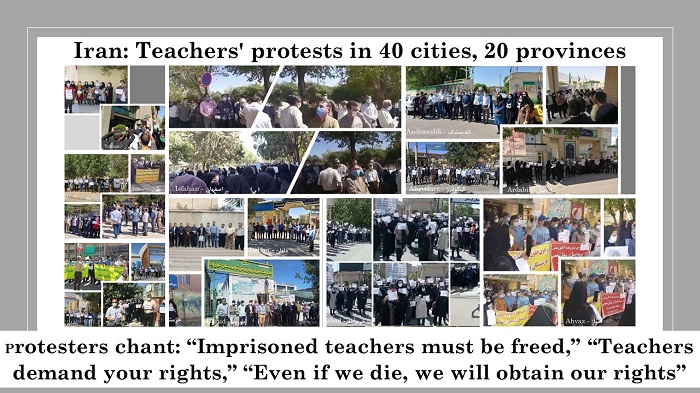 The National Council of Resistance of Iran (NCRI) and the Mojahedin-e Khalq (PMOI/ MEK Iran), reported that the regime has once again proved that it is unconcerned with the livelihoods of millions of Iranians and future generations.

During Sunday’s session, the regime’s MP declined to vote on a bill that would raise teachers’ official wages. The Majlis has refused to vote on a plan that would give teachers a bonus of 25 trillion rials for the second time. The education commission was asked to revise the measure.

The decision comes after months of teacher protests across Iran, in which they have voiced their dissatisfaction with the education ministry and other government institutions. Teachers in Iran are struggling to make ends meet, with salaries ranging from a third to a fifth of the national average. 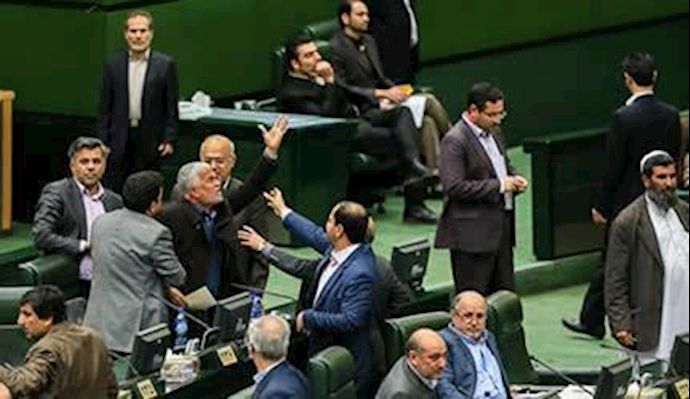 (PMOI / MEK Iran) and (NCRI): The infighting between various members of the regime’s parliament, a daily scene during Majlis sessions.

The dictatorship would have to squeeze this compensation into a budget with a 450 trillion rial deficit already. According to the ministry of industry, mining, and trade, there is no way to fill the gap of 307 trillion rials.

(PMOI / MEK Iran) and (NCRI): There is no indication of how the Iran regime will manage to function based on a budget whose sources of income are so dubious.

Of course, this is a blatant lie. If the regime stops funneling money to the Assad regime in Syria, Hezbollah in Lebanon, the Houthis in Yemen, and the Hashd Al-Shabi in Iraq; if it stops wasting billions of dollars on ballistic missile development; and if it stops pursuing nuclear weapons, it will have enough money to solve not only the problems of teachers, but also those of workers, retirees, nurses, and other segments of the population.

Teachers in Iran have been protesting since last year, but the regime has so far refused to respond to their demands. As the start of the school year approached, teachers took to the streets again to renew their demonstrations and remind the administration of its responsibilities.

Teachers on strike are asking that the regime execute what is known as the “80 percent ranking plan” for teacher compensation.

(NCRI) and (PMOI / MEK Iran): Iran-backed militia stormed at the US Embassy in Baghdad, Iraq. The attack was orchestrated by terrorists – Abu Mahdi al Muhandis and Qays al-Khazali – and abetted by Iranian proxies – Hadi al Amari and Faleh al-Fayyad. All are seen outside the embassy.

The regime obliged to approve this initiative

“The government and parliament are obliged to approve this initiative. If this initiative is approved and implemented, the legal basis for teachers’ wage will be at least 80 percent of that of faculty members, because teachers and members of faculty boards should be receiving equal salaries,” the Iranian Teachers Coordination Council said in a statement at the start of the new school year.

Teachers’ demands and rallies have gradually shifted into political protests due to the regime’s ongoing indifference to their needs and oppressive response to their demonstrations. “Imprisoned teachers must be freed,” is one of the slogans that has proven quite popular at teacher rallies.

Other groups of society have been holding protests despite the repressive climate and the regime’s persistent contempt for their demands, and this is a pattern that can be noticed.

The regime’s own media is warning about the dangers of ignoring teachers’ and other groups’ economic problems. 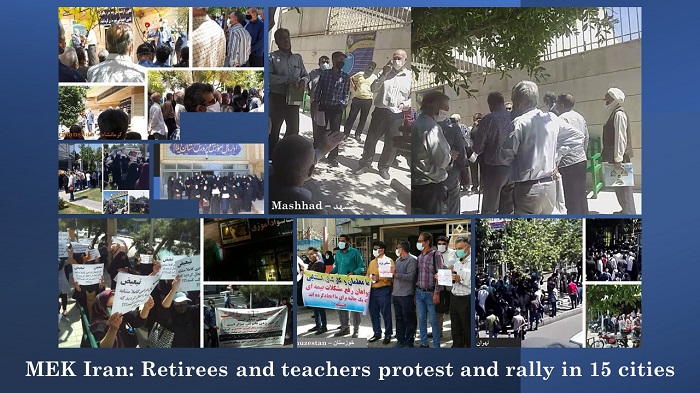 (NCRI) and (PMOI / MEK Iran): Retirees and teachers protest and rally in 15 cities.