Written by Mohsen Aboutalebi on October 30, 2021. Posted in NEWS

(PMOI / MEK Iran) and (NCRI): The conference, featured speeches from Maryam Rajavi, president-elect of the National Council of Resistance of Iran (NCRI), Mike Pence, and other distinguished American politicians.

The Iranian-American Communities in the United States held a bipartisan conference on October 28 in Washington, D.C., to discuss Iran’s nuclear defiance, endemic terrorism, and the role of the regime’s new president, Ebrahim Raisi, in the 1988 massacre.

Several prominent American politicians and participants have echoed calls for Raisi and the entire regime to be held accountable for their heinous actions.

Ali Khamenei, the Supreme Leader, appointed Ebrahim Raisi as president in June. Raisi, who is despised in Iran for his role in the 1988 massacre of over 30,000 political prisoners, most of them were MEK militants, has installed brutal officials, corrupt operatives, and terrorist masterminds in key government positions. 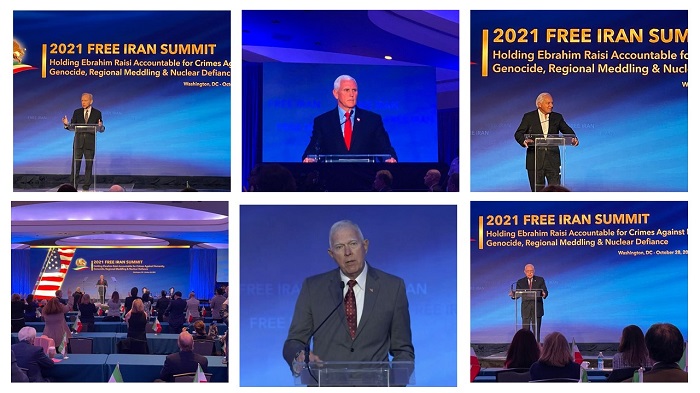 (PMOI / MEK Iran) and (NCRI): Several prominent American politicians and participants have echoed calls for Raisi and the entire regime to be held accountable for their heinous actions.

The recent selection of Ebrahim Raisi

“The recent selection of Ebrahim Raisi to serve as Iran’s president is a sign of the regime’s growing desperation. 30 years ago, Raisi was in charge of the Ayatollah’s death squads. He is a brutal mass murderer responsible for the 1988 massacre of 30,000 political prisoners. His selection as president is intended to quash internal dissent and intimidate the people of Iran into remaining silent, but we must never remain silent in the face of evil,” said Mike Pence, Vice President of the United States.

“The Iranian regime has never been more vulnerable than it is right now. Its economy is in a state of disarray. The rate of inflation has soared. The value of the Iranian currency has plummeted by 90%. Four out of every five Iranians today live in poverty. Corruption has reached new heights. The Iranian people, by all indicators, are ready for change,” he continued. 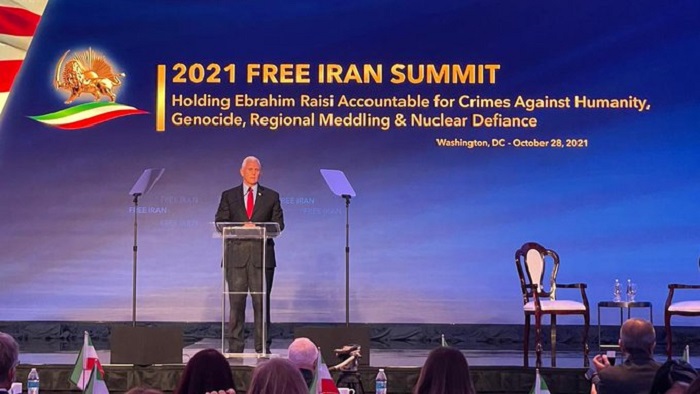 The Iranian people are ready to overthrow the regime

“Tehran’s regime is at its most vulnerable since the revolution. Its economy is in a state of disarray. The Iranian people have not been safeguarded from the COVID-19 virus by the authorities in Tehran. Senator Joe Lieberman commented, “That isn’t just incompetence; that is brutality.”

As of October 28, 465,300 individuals had died in Iran as a result of the Covid-19 outbreak, according to the Iranian opposition groups the National Council of Resistance of Iran (NCRI) and the People’s Mojahedin of Iran (PMOI / MEK Iran).

(NCRI) and (PMOI / MEK Iran): Senator Joe Lieberman commented Tehran’s regime is at its most vulnerable since the revolution. Its economy is in a state of disarray.

Khamenei banned the US and UK made vaccines

On January 9, Iran’s Supreme Leader, Ali Khamenei, announced that American and British-made vaccines for Covid-19 would be banned. Khamenei’s mishandling of the situation is at least partly deliberate and that the refusal of Western vaccines is part of a plan to prolong the local health crisis in order to reduce popular unrest.

All UN Security Council resolutions that were suspended in 2015 must now be re-imposed. The mullahs are using the nuclear talks to keep the international community in the dark about Iran’s deteriorating human rights situation, as well as its terrorism and regional activity.

“We should put more pressure on the regime by enacting and enforcing new sanctions, preventing China from secretly buying Iranian oil, and urging the International Atomic Energy Agency to send the Iranian file to the UN Security Council,” Lieberman added. 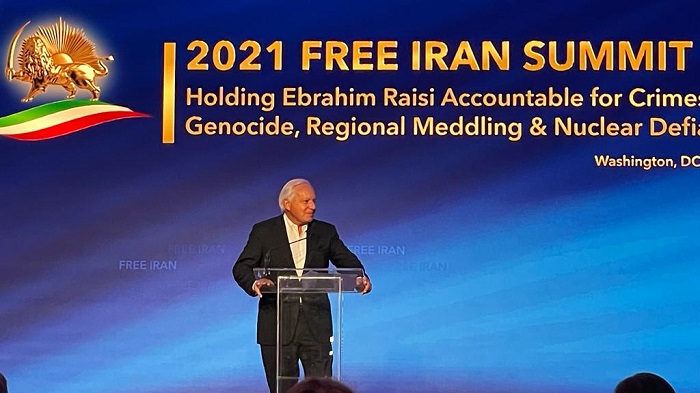 (NCRI) and (PMOI / MEK Iran): Hon. Robert G. Torricelli, I have never seen a bipartisan coalition in America with the depth of support that the MEK has. I’ve never seen anything like it.

“Iran is a threat to the United States, Europe, the Middle East, and freedom-loving people everywhere,” said General James Conway, the 34th Commandant of the Marine Corps. They are now fighting proxy wars in two countries, and they have armed militias meddling with the governance of three others. Iran is one of just four countries on the planet that refuses to admit that terrorism is a problem. They claim that they perceive it as a form of national power that they will use if necessary. The world is not viewed in this way by 99 percent of the rest of the world’s nations. Iran is dead set on spreading nuclear weapons throughout the Middle East.”

Iran’s people expect the international world to prosecute Ebrahim Raisi in an international court for genocide and crimes against humanity. He is a mass murderer. He must be prosecuted as soon as possible. 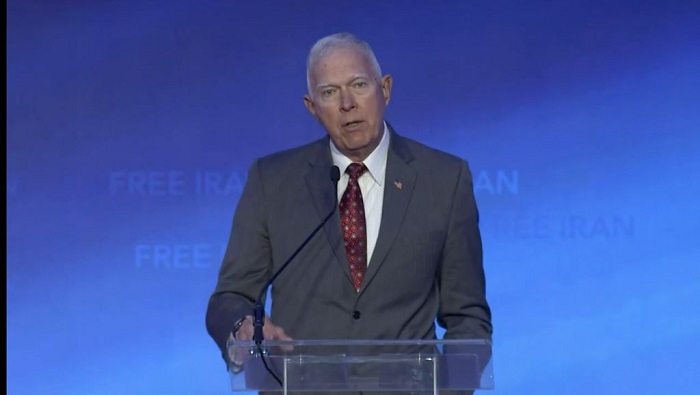