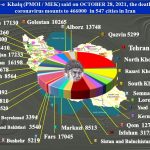 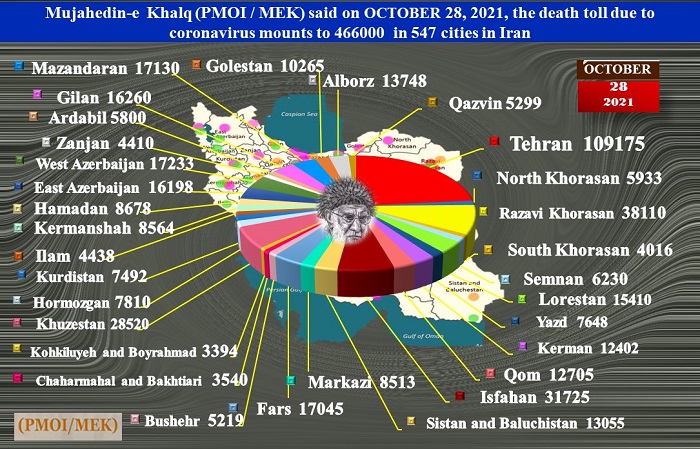 According to the Iranian opposition group The National Council of Resistance of Iran (NCRI), and the People’s Mujahedin of Iran (PMOI / MEK Iran), 465,300 people had died in Iran as a result of the Covid-19 outbreak as of October 28.

The capital is still considered fragile

Alireza Zali, head of the National Coronavirus Combat Taskforce (NCCT) in Tehran: “Due to the conditions and complexities of Tehran, all COVID-19 statistics related to the capital are still considered fragile,”. (ISNA news agency, October 28, 2021)

(PMOI / MEK Iran) and (NCRI): COVID-19 fatalities in 547 cities exceed 466,000. Tehran is in crisis as long as we don’t have a national system to evaluate mutated viruses, we will always be facing threats and we need to definitely provide measures to have an immediate and timely response,” said a senior health official in Tehran.

Kermanshah University of Medical Sciences spokesperson said: “During the past 24 hours, 185 new patients have been hospitalized while 158 were discharged. Currently, we have 688 patients hospitalized, of which 150 are in ICUs and 31 are under ventilators. Furthermore, there are currently 16 minors hospitalized after contracting Covid-19,” according to a statement released on Thursday by the University.