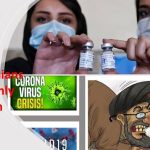 The health system in Iran has collapsed over the last year due to the Covid-19 pandemic. The current crisis has been mainly produced by the regime’s inability to deal with many layers of internal corruption and the citizens who have suffered due to this.

More than 466,600 people have lost their lives due to COVID-19, which has spread to 547 cities in Iran, reported by the National Council of Resistance of Iran (NCRI) and the People’s Mojahedin of Iran (PMOI / MEK Iran).

Recently an Iranian doctor was anonymously interviewed on the reality of managing the Covid-19 crisis without support from the regime.

Is the government being honest with the Iranian people about COVID in Iran?

“In response to your question, I must say that after the Coronavirus pandemic, the field of health services of the Iranian people was handed over to the intelligence and security organizations of the regime, and they carefully manipulated the statistics regarding the mortality and the number of cases of the Corona patients. So, to understand the correct statistics we must rely on the knowledge of epidemiology.

The simplest way is to look at the mortality statistics of previous years. Comparing 2019 with 2020—that is, during the first year of the Corona epidemic—we find that the death number has increased by about 220,000 compared to the previous year.” 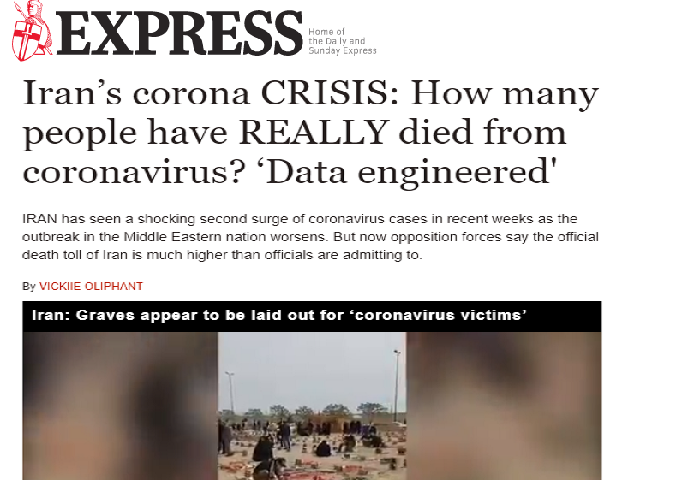 (PMOI / MEK Iran) and (NCRI): A report by the UK Express on the actual figures of fatalities in Iran, based on the main opposition’s sources the MEK.

If not, does the physician have a sense of the real COVID death numbers in Iran?

“Yes, the actual statistics of Corona mortality are reported by doctors and other medical professionals. That is why the ruling regime fired 1,400 famous Iranian doctors. Then, an IRGC doctor took over the management of the medical system, filtered the medical staff, and banned Iranian doctors from providing any information about Corona patients to news agencies.

“The treatment of patients with Coronavirus is in accordance with the protocols of the World Health Organization (WHO), and Iranian physicians follow exactly the defined standards of treatment for such patients.

The increase in the mortality rate of patients with Coronavirus is mostly due to the late start of mass vaccination which, with a delay of six months compared to other countries, caused the formation of two waves of the disease in Iran. This delay was transferred to the medical system and exerted extra pressure on the medical staff; otherwise, doctors had no role in the increase of mortality.”

If there are a lot of COVID cases, what is happening to medical care for other illnesses?

“There are 140,000 hospital beds in Iran with 10,000 for intensive care cases. During the Corona epidemic, 40,000 beds were initially allocated to the Corona patients. In the fourth and fifth waves, we saw the need for more beds. 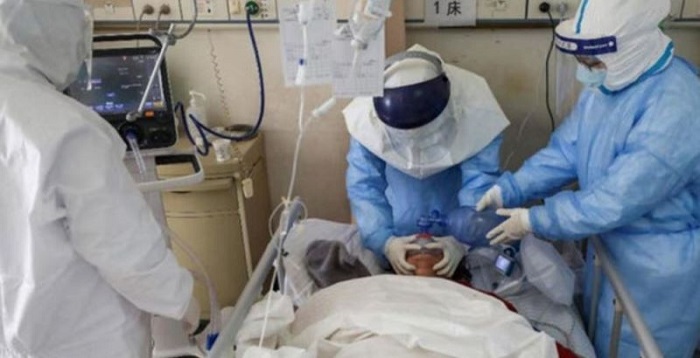 (NCRI) and (PMOI / MEK Iran): announced that as of 8 pm Sunday local time, around 650 people have died from the coronavirus in Iran.

Finally, what does the physician think we should know?

“The Iranian regime took advantage of the Corona epidemic to curb and ‎calm the mass protest that had been widespread before the Corona pandemic and which threatened the ruling regime.

By order of the Supreme Leader Ali Khamenei, they did not import credible vaccines, while other countries were competing to get the vaccine. This delay in providing the vaccine actually caused a massacre of the Iranian people.

The bloody protests of November 2019, in which about 1,500 people ‎were shot dead at the streets by security forces and the Revolutionary ‎Guards, and the downing of a Ukrainian plane in December 2019 which cause another widespread protest inside Iran, had in ‎fact brought the regime to a critical point in confrontation with the ‎Iranian people. Unfortunately, the Corona pandemic caused these ‎mass protests against the government to weaken and lose its strength.”