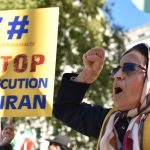 Written by Mohsen Aboutalebi on September 21, 2021. Posted in NEWS

In recent days, a number of UN special rapporteurs and other human rights advocates have raised concerns about the case of Heidar Ghorbani, an Iranian political prisoner facing imminent execution based on an unfair trial and links with a Kurdish activist group.

Ghorbani was refused legal representation during his incarceration and prosecution, which was based on an eventual confession that was clearly “forced as a result of torture and ill-treatment,” according to a statement released by the UN High Commissioner for Human Rights earlier this month.

Unfortunately, instances like these abound in Iran, and international appeals to action are constantly unable to keep up with the rapid pace of politically motivated arrests, prosecutions, and executions. 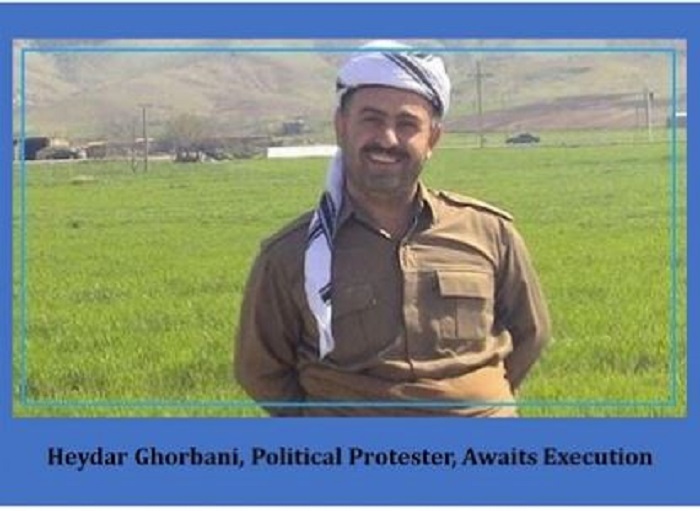 (PMOI / MEK Iran) and (NCRI): Iranian political prisoner facing imminent execution based on an unfair trial and links with a Kurdish activist group.

Tehran has not only shamelessly ignored several appeals in the past, but it has also taken numerous steps to deepen its contempt of international human rights standards and embracing of the harshest tactics for suppressing dissent and retaining power.

After all, the judiciary was led by Ebrahim Raisi, a long-time regime functionary who played a key role in the 1988 massacre.

Raisi’s crimes against humanity were targeted directly at the People’s Mujahedin of Iran (PMOI / MEK Iran), the same group that led the uprisings in 2018 and 2019 and caused the regime’s frantic crackdowns. Over the course of three months in 1988, the massacre is claimed to have killed 30,000 political prisoners. The MEK, which had been directly targeted by the fatwa that precipitated the killings, accounted for the great majority of those killed.

Although this fact made him the object of protest both at home and abroad throughout his tenure, he left the position victorious, being inaugurated as president on August 5 and handing over the judiciary to his deputy, Gholam-Hossein Mohseni-Eje’I, who has been accused of not only domestic repression but also the assassination of dissidents outside the country.

The rate of executions in the Islamic Republic increased

According to statistics gathered by Iranian activists, the rate of executions in the Islamic Republic increased significantly under Raisi’s term as judiciary chief and has continued to rise since the presidential transition on August 5.

This almost definitely indicates that individuals like Heidar Ghorbani had already been executed by the dictatorship before international clemency appeals could be made.

There will undoubtedly be more as time goes on, and even if UN officials release statements against each one, they will be meaningless unless they are backed up by action.

Instead of directly appealing to the Iranian regime, human rights activists would be better served by exerting pressure on the United Nations General Assembly and leading world powers to establish a formal commission of inquiry into the 1988 massacre or to initiate prosecution against Raisi and/or other known perpetrators based on the principle of “universal jurisdiction” over cases involving genocide or crimes. 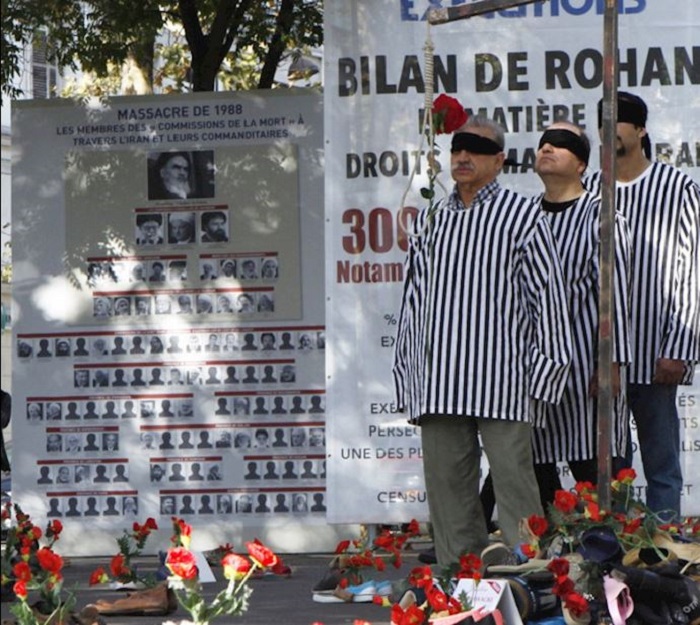 (NCRI) and (PMOI / MEK Iran): Iranian diaspora protest against 1988 massacre in which 30000 MEK members and supporters were executed in Iran.