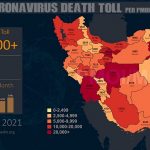 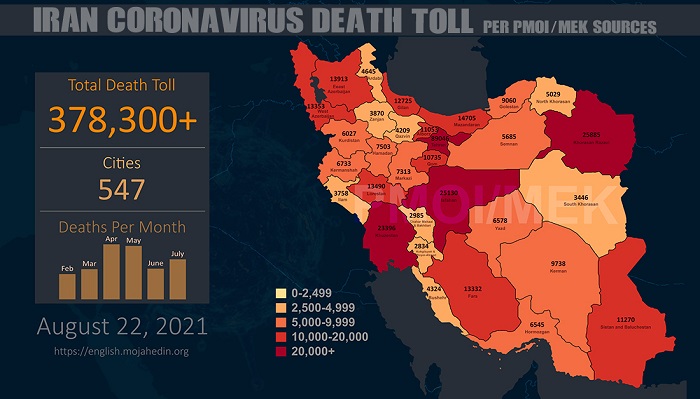 The National Council of Resistance of Iran (NCRI), and the People’s Mujahedin of Iran (PMOI / MEK Iran), reported that the coronavirus death toll in 547 cities surpasses 378,300.

Zali admitted that the regime’s authorities had refused to purchase doses of proven vaccines merely because they were unwilling to bear the associated expenditures.

The dictatorship was unconcerned

Simultaneously, the dictatorship was unconcerned about the price of its support for regional militant organizations or its efforts to build up naval capabilities and intimidate commercial ships in Middle Eastern waters.

Iran is willing to let people suffer greatly if the only alternative is for the regime to renounce its vanity projects and potentially end the force-projection that hides the regime’s fragility. 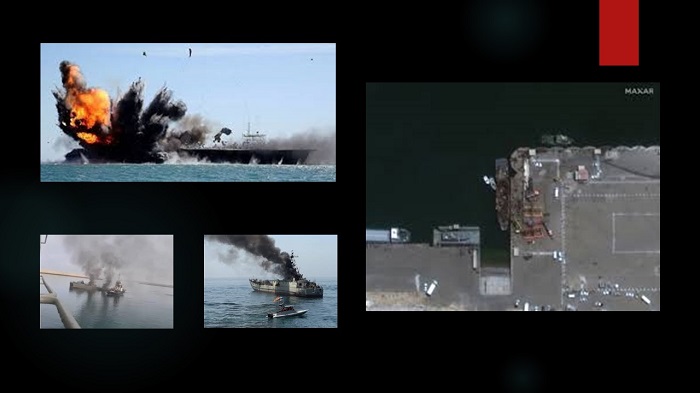 The regime’s refusal to pay full price for Covid-19 vaccinations is part of a larger pattern of decision-making that has hindered the government from adequately locking down or engaging in other meaningful mitigating actions.

This week, regime authorities announced a new lockdown, but only for six days – not even long enough for new infections to finish incubating before their hosts resume interacting with them. Supreme Leader Ali Khamenei personally controls hundreds of billions of dollars in assets, many of which are held in so-called religious funds.

The IRGC controls the majority of Iran’s GDP

The Islamic Revolutionary Guard Corps (IRGC) wields similar power through a network of front companies and private-sector connections. The IRGC controls the majority of Iran’s GDP and directs it toward foreign proxies, missile development, and other projects that benefit the regime’s survival.

To emphasize how cruel this arrangement is, the IRGC has even attempted to profit from the pandemic by pressing for its own corporations to be in control of vaccine purchasing and distribution. Khamenei quickly approved the resolution and removed the related jobs from the Health Ministry, whose personnel had kept deafeningly silent about Tehran’s interference until very recently.

The commercialization of vaccination

The commercialization of vaccination delivery has led to cost-cutting. It encouraged IRGC-linked firms to either avoid obtaining the most effective doses or resell them at exorbitant costs.

Khamenei deliberately aided these developments by prohibiting the import of vaccines designed and manufactured in the United States or the United Kingdom.

(NCRI) and (PMOI / MEK Iran): Khamenei deliberately aided these developments by prohibiting the import of vaccines.

The consequences of this predicament are obvious and worsening by the day. The regime’s contrived stats are consistently smashing records for new Covid-19 infections and deaths, with over 650 kills documented on Monday alone, bringing the official total extremely close to 100,000 since the pandemic’s inception.

According to the Iranian opposition, the death toll has risen to more than 378,300 as of Sunday.

The Covid-19 crisis in Iran is catastrophic

The Covid-19 crisis in Iran is catastrophic. According to reports from numerous Iranian hospitals, intensive care units are far overcrowded, and doctors have resorted to treating new patients on the floors of hallways. Meanwhile, cemeteries are struggling to bury the deceased quickly enough, and taxi drivers are being tasked with delivering dead bodies in areas that simply do not have enough hearses.

As more and more of this information gets available to the Iranian people and the international community, it becomes clear that the Iranian leadership is unwilling to take steps to reduce or eliminate the issue through vaccination.

Mrs. Maryam Rajavi, the President-elect of the National Council of Resistance of Iran (NCRI), “The countless number of people killed by the coronavirus in Iran, leaving thousands of our compatriots grieving every day, are heart-wrenching for any freedom-loving and conscientious human being.”

Khamenei fears the eruption of more uprisings. To close ranks against popular protests, he opened the path for spreading the coronavirus in Iran and installed Ebrahim Raisi, the henchman of the 1988Massacre, as president.