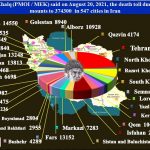 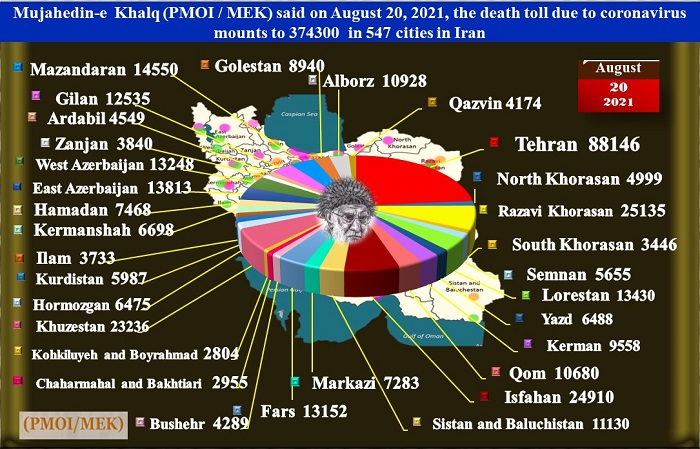 Iran is currently in the midst of one of its biggest humanitarian crises in the last four decades. The Covid-19 has infected the country. According to the report by,  the National Council of Resistance of Iran (NCRI), and the People’s Mujahedin of Iran (PMOI / MEK Iran), the number of victims in one week is more than 13,700, increasing the total death toll to 374,300. If the regime’s Supreme Leader, Ali Khamenei, had not prohibited the Covid-19 vaccines in January 2021, the current situation could have been avoided.

The situation has reached a stage where the regime’s state media acknowledges the regime’s passivity, as well as the immunization scam, and warns of social repercussions.

Officials from the regime have revealed they are about to purchase 30 million vaccination shots in recent days. Nonetheless, the official media have portrayed this action as a desperate attempt to subdue public outrage.

We had the opportunity to purchase Covid-19 vaccines

“When the problem was not this much critical, and we had the opportunity to purchase Covid-19 vaccines from COVAX and vaccinate the population, we implemented our own method, boycotted the world.

We entered a path that was unknown for the entire world, and now when the situation became complicated, we changed our path,” on August 16, the state-run Jomleh daily published an article.

(PMOI / MEK Iran) and (NCRI): The mullahs regime’s cruelties in preventing the import of vaccines from U.S., Britain, or Franc.

Covid-19 vaccines were barred by Khamenei

Covid-19 vaccines were barred by Khamenei in order for him to employ the deadly virus to pacify the restive society. He referred to the coronavirus as a “test” and a “blessing,” and he exploited it as an ally in his fight against society. Foreign powers seek to spy on Iranians via the Covid-19 vaccines, according to some regime officials.

Khamenei also continued in producing the so-called “domestic vaccine” in order to exploit even more people. These vaccines were manufactured by his Execution of Imam Khomeini’s Order (EIKO) finance institution. As a result, it was able to obtain millions of dollars in funding to create the vaccinations.

Huge profit for the drug owner

“The Food and Drug Administration is under heavy pressure to approve domestically produced vaccines and anti-coronavirus medicines. Because obtaining approval from the Ministry of Health means a huge profit for the drug owner,” on December 14, the state-run Jahan-e Sanat published an article.

“Permission to import Pfizer and Moderna vaccines has been issued from authorized sources. According to Mohammad Reza Shanesaz, the head of the Food and Drug Administration. The news, of course, after more than a year of delay and the immersion of Iran in the violent waves Covid-19, which some refer to as the apocalyptic massacre, raises the question more than ever that why officials did not procure vaccines earlier?” Arman daily wrote on August 17.

(NCRI) and (PMOI / MEK Iran): the apocalyptic massacre, raises the question more than ever that why officials did not procure vaccines earlier?” Arman daily wrote on August 17.

Those who caused the lack of access to the vaccine

“Those who caused the lack of access to the vaccine and the death of compatriots due to coronavirus infection should be held accountable under this law,” the Arman daily writes.

Videos on social media show Iranians demanding Khamenei’s imprisonment for denying people their “right to life,” as Amnesty International put it after he banned Covid-19 vaccinations in January.

(NCRI) and (PMOI / MEK Iran): Why was Khamenei suddenly afraid of the Covid-19 spread in Iran.

The regime’s concern has been reflected in the state media

If the current scenario persists, the regime will undoubtedly face protests from people of all walks of life. In recent days, the regime’s concern has been reflected in the state media.

“This situation has gradually put society at risk of depression, obsessive-compulsive disorder, and social anger. The [current crises] do not heal and leave long-term effects. Today, if we do not think of a solution for the near future, we will pay huge costs for it,” Atab-e Yazd daily warned. 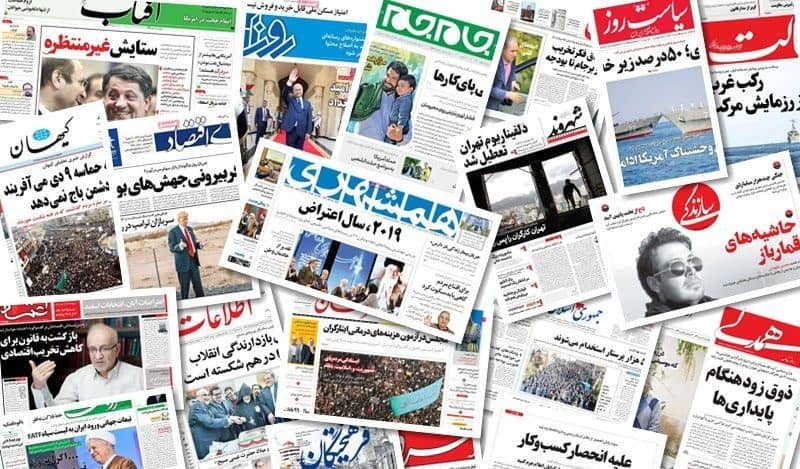 (NCRI) and (PMOI / MEK Iran): In recent days, the regime’s concern has been reflected in the state media.