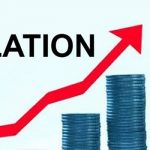 Written by Esmail Mohades on August 15, 2021. Posted in NEWS

(PMOI / MEK Iran) and (NCRI): Despite the Iranian regime’s propaganda economy is in a dire situation.

The People’s Mujahedin of Iran (PMOI / MEK Iran), and the National Council of Resistance of Iran (NCRI), reported that today, Iran’s economic infrastructure has been devasted.

The regime’s corruption and disastrous economic policies, according to Iran’s state media, are to blame for these disasters. The regime’s state media recently reported many of these issues that keep ruining the economy and the people’s live consequently.

The state-run Jahan-e Sanat newspaper reported on August 9 that “official reports indicate the living conditions of all sectors of society have deteriorated.”

“The poverty line last year increased by 38% compared to 2019—high inflation in food and housing. Housing and food are the two only concerns of poor households. This has been cited as one of the main reasons for the increase in the poverty line over the past year,” Jahan-e Sanat added.

As per the media outlet, “Considering the living conditions of households in the last decade, it is clear that the growth rate of poverty has been faster than the growth rate of wages in all years, and the wage gap and poverty line reached 145% by the end of the 2010s.”

Iranian workers, more than any other group in society, are subjected to more pressure as a result of the regime’s anti-labor policies. “At the moment, there is a 6 million Tomans gap between living expenses and workers’ wages. Famine has dominated the lives of workers in the last four months of the year. On August 6, the semi-official ILNA News Agency noted, “All the workers are in trouble.”

“Reports show that the manufacturing sector’s point-to-point inflation rate in the industrial sector reached about 95% in the spring of this year, which is unprecedented in the past decade,” the state-run Donyay-e Eghtesad reported on August 10. In other words, inflation has reached Iran’s industry, which is on the verge of collapse. 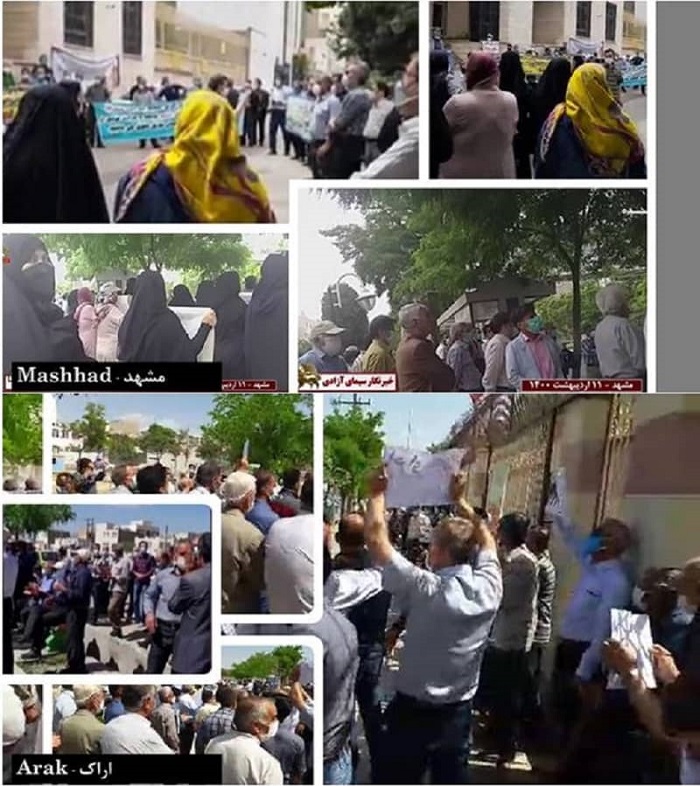 (NCRI) and (PMOI / MEK Iran): Tehran – Dozens of SSF vehicles were stationed near the regime’s Ministry of Labor and Social Affairs, in addition to many plainclothes agents to thwart the workers’ rally in Tehran – May 1, 2021

To make up for the budget deficit

To make up for the budget deficit, the dictatorship has boosted inflation by printing additional banknotes. The creation of banknotes boosted the liquidity rate, and because the huge amount of liquidity was significantly greater than the country’s output rate, the inflation rate skyrocketed.

“Since the 1990s, the average growth of the monetary base has been above 20%, so statistics show that one of the causes of inflation in the Iranian economy is the growth of liquidity and the growth of the monetary base, along with the increasing liquidity coefficient has a high role,” Eghtesad-e Pouya acknowledged. In summary, the regime has no solution to Iran’s economic problems as demonstrated by their 42-years performance.

Iran’s constant crises, whether economic or social, have worsened society’s status. This explosive atmosphere, which has resulted in dozens of protests in recent weeks, has caused state media to issue a warning to officials that another round of mass protests is imminent.

Mostaghel daily warned regime officials on Saturday, August 7, “we are all in danger. The worrying economic pressure, along with the high number of Covid-19 deaths, and the inefficiency of decision-making institutions, will eventually bring the distressed people to a point where they will have nothing to lose. This is a dangerous process that has been warned about before.” 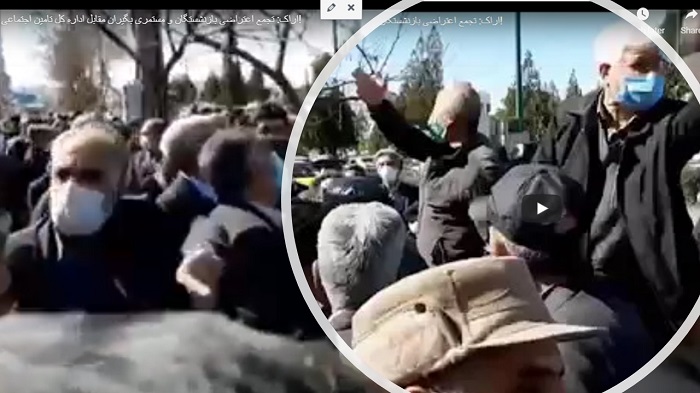