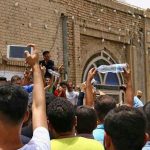 Written by Esmail Mohades on April 6, 2021. Posted in NEWS 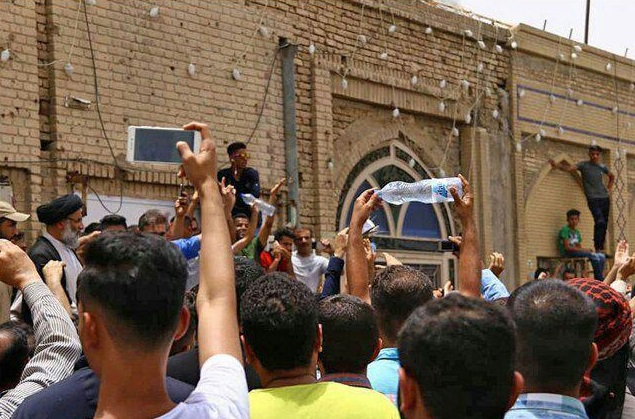 According to recent reports, by the National Council of Resistance of Iran (NCRI), and the People’s Mujahedin of Iran (PMOI / MEK Iran), today, Iran is submerged in a deep socio-economic crisis, filled with social unrest, poverty, and international isolation due to the regime’s corruption and wrong policies.

The skyrocketing prices and livelihood problems

“The skyrocketing prices and livelihood problems are still the Iranian society’s problems. Meanwhile, many sociologists warn about the consequences of people’s improper livelihood and their possible reaction,” warned the state-run Arman daily on Saturday.

Mostafa Eghlimi, one of the regime’s sociologists, said in an interview with the Arman daily on 3 April, “The truth is the inflation in the country has increased by 35% within the last year, and the prices of most products people need have tripled. In the current situation, workers are living in inadequate economic conditions. Many shop owners have a customer downturn.”

Unemployment is increasing daily in society

“On the other hand, unemployment is increasing daily in society. The situation is such that private companies are either partially closed or forced to fire their employees. As a result, the recent rise in prices has infuriated people, and society is on the verge of a social explosion. If this doesn’t happen now, it will happen soon,” Eghlima added.

While regime officials and their relatives live in luxury, they advise the people to “resist” economic hardships and “be satisfied” with how much they have. They both fail to address people’s issues and make false promises.

“People’s economic conditions have a direct influence on social developments of society. Meanwhile, no one is willing to accept the responsibility of people’s social and economic problems. In this situation, some, advise people to resist. The question is, while the father is unable to feed his wife and children, how on earth could he resist? The government announced it would increase salaries, but anytime it does, it also increases taxes several times. People hate a government that cannot manage crises. People cannot live with promises, and officials’ promises wouldn’t be the food on their table,” Eghlima continued to remark. 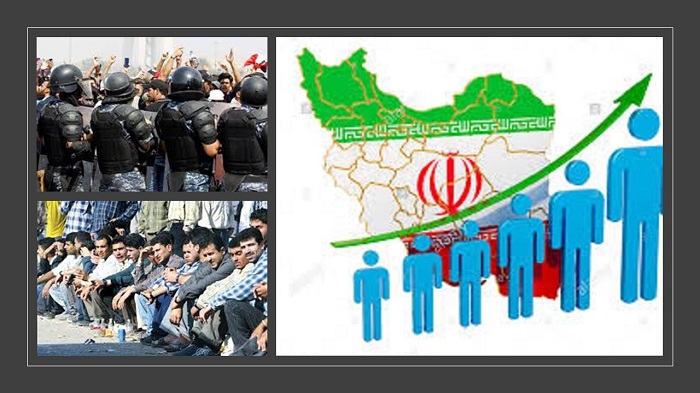 (PMOI / MEK Iran) and (NCRI): The employment situation in Iran has been appalling for decades and the situation has been getting worse as the years go on.

The Iranian regime and its apologists

The Iranian regime and its apologists try to blame international sanctions for Iran’s economic and financial crisis;

“The roots of recent incidents [uprisings] are hundred percent domestic, and there are inconsiderable issues connected to outside of Iran. Some officials say the root of recent social disorders lies outside of Iran. It means the officials are not in charge, and some other people beyond borders decide for us. In recent years, the price of the dollar exchange rate in the country has always fluctuated.

Should we search for the reason outside the borders? No. The reason for this is the wrong economic policies pursued by the authorities, not the hostility of the United States,” Eghlima acknowledged.

The economic pressure on people turn to protests on the streets

“When economic pressure on people exceeds their capacity, naturally these pressures turn to protests on streets. How long could we manage society as we have done in the past? As much as we make hollow promises and postpone resolving their problems to the future, the severe the social explosion will be. I warn officials. They should think now and increase their efforts to answer people’s demands,” Eghlima warned the regime’s officials.

Recent protests like the Saravan protests, which were a continuation of the November 2019 protests, demonstrated the frustration and suffering of 60 million hungry and oppressed people that will inevitably result in another mass uprising that will set chaos across Iran once again.

(PMOI / MEK Iran) and (NCRI): The economic pressure on people turns to protests on the streets and the Iranian regime is afraid of uprising amid the coronavirus crisis.