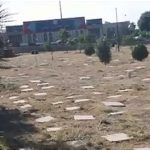 MEK Iran: Prevent destruction of graves of martyrs of 1988-massacre in Khavaran

Written by Mohsen Aboutalebi on April 25, 2021. Posted in NEWS

(NCRI) and (PMOI / MEK Iran): Mass graves of MEK’s members and supporters killed in the 1988 massacre by the Iranian regime.

The National Council of Resistance of Iran (NCRI), and the People’s Mujahedin of Iran (PMOI / MEK Iran), reported that the mullahs’ regime, intends to destroy the mass graves of the 1988 massacre of political prisoners, in the Khavaran cemetery.

There are reporters that in an inhuman crime, the clerical regime ruling Iran, intends to destroy the mass graves of the 1988 massacre of 30,000 political prisoners, in Khavaran cemetery in a bid to cover up evidence of this huge crime against humanity.

The mullah’s criminal regime has resorted to a double crime against the Baha’i compatriots in order to force them to bury their dead in Khavaran, an issue that the Baha’i community has protested to as well. 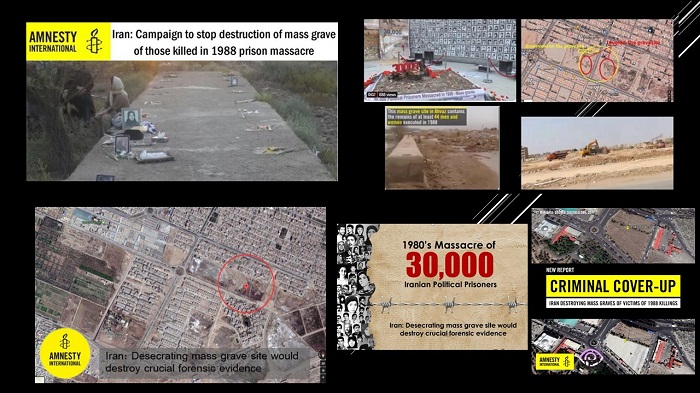 Eliminating the evidence of the crime against humanity

In 2018 Mrs. Maryam Rajavi, President-elect of the National Council of Resistance of Iran (NCRI), made a statement calling for urgent action to prevent the destruction of the graves of the victims of the 1988 massacre in Iran and the removal of all evidence of their existence.

Mrs. Maryam Rajavi condemned the clerical regime’s inhuman act of demolishing the graves of the martyrs and destroying evidence of crimes and urged for its firm condemnation by the United Nations Secretary-General, the UN Security Council, the UN High Commissioner for Human Rights, and the UN Human Rights Council. She also urged them to take immediate measures to prevent the continued destruction of the graves of the martyrs of the 1988 massacre, as well as to prevent pressure and coercion against the Baha’is. 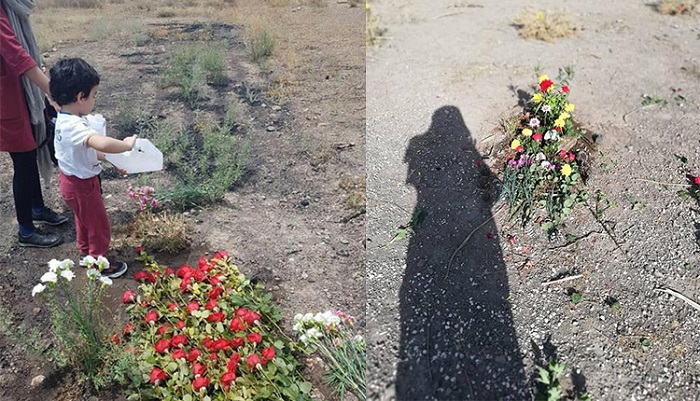 (NCRI) and (PMOI / MEK Iran): The number of victims made individual burial impossible, so the regime simply dumped the bodies into mass graves.

The 1988 massacre occurred after the end of the Iran-Iraq war. 30,000 political prisoners, specifically MEK members were executed extra-judicially in groups and buried in mass graves. Some of those who were executed had been released and were re-arrested so they could be executed. MEK members were arrested for activities such as distributing leaflets and taking part in anti-government protests, according to Amnesty International.